The police thanked the people of the Valley for cooperating with the security forces during the festival given 'reasonable restrictions' are in place in parts of Jammu and Kashmir since August 4. 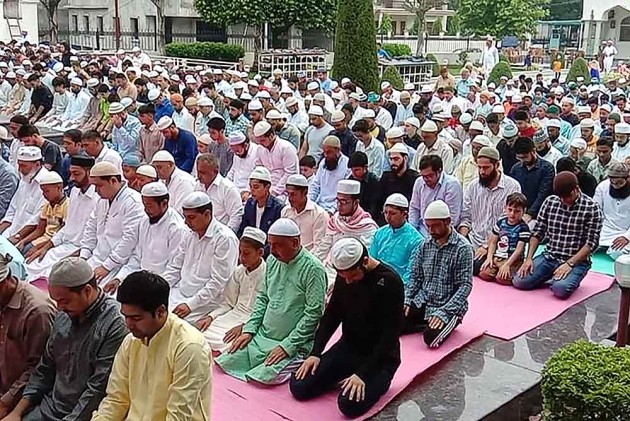 Eid al-Adha was observed in a peaceful manner barring some stray incidents of "minor localised law and order problem" injuring "a couple of people" in Kashmir Valley, police said Monday.

Inspector-General of Police (IGP) SP Pani said that Eid namaz was offered at different places in mosques. "After the prayers, the congregation dispersed peacefully in the Valley. We just had a couple of minor (problems) which were handled very professionally. People were dispersed," he said, adding a couple of injuries were reported.

The police thanked the people of the Valley for cooperating with the security forces during the festival given "reasonable restrictions" are in place in parts of Jammu and Kashmir since August 4, a day before the abolition of Article 370.

BBC, Northern Ireland, And Kashmir – Where Shekhar Kapur Got It Wrong

Kashmir: The Valley Has Fallen Into Rigor Mortis

Pani said: "Law enforcement agencies are thankful to the people of Jammu and Kashmir. The reasonable restrictions imposed at certain sensitive places were completely maintained." The administration gave relaxation "depending on the local situation".

He also said that the government has decided to lift the restriction at local levels which will depend on the situation there, indicating that restrictions would not be lifted in a go.

"Removal of restriction at a local level has been decided depending on the situation. We are closely monitoring the developments. As the situation develops, we make these decisions. Police are effectively maintaining law and order in the Valley. The government is committed to maintaining peace and order," he said.

The officer rubbished rumours of a rift between security forces in Kashmir and said that the police have approached the service provider for the legal action.

"We appeal citizens not to pay attention to any such kind of malicious campaign, which has been carried out by some mischievous people," he said.

Jammu and Kashmir Principal Secretary, Planning, Rohit Kansal said the security forces did not fire a single bullet and no casualties were reported during the celebrations.