L.K. Advani, Murli Manohar Joshi, Kalyan Singh, Uma Bharti, Vinay Katiyar are among the 32 people who have been named as accused in the Babri Masjid demolition case. 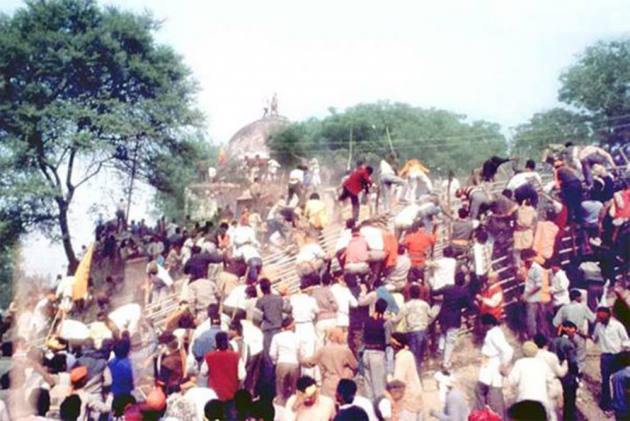 A special CBI court in Lucknow is expected on Wednesday to pronounce judgement on the demolition of Babri Masjid in Ayodhya – an act committed 28 years ago, and termed as “an egregious violation of the rule of law” by the Supreme Court on November 9, 2019, even as it awarded the site to Hindu claimants, paving the way for construction of Ram temple.

The 32 accused, including senior leaders L.K. Advani, Murli Manohar Joshi, Kalyan Singh, Uma Bharti, Vinay Katiyar, Sakshi Maharaj, Champat Rai (general secretary of Sri Ram Janmabhoomi Tirath Kshetra Trust that is overseeing construction of the Ram temple) and Mahant Nritya Gopal Das (Chairman of the trust), have been asked to be present in Lucknow when the court declares its verdict on the charges of criminal conspiracy against them.

Veteran leaders Advani and Joshi have been among the founders of the saffron party and also considered chief architects of the Ram Mandir movement along with VHP leader Ashok Singhal. It was Advani’s rath yatra in September 1990 that changed the course of the party as it embraced Hindutva. The BJP managed to win 120 seats in the 1991 Lok Sabha elections, from just having won 85 seats in 1989. At 92 years of age, he is waiting for the judgment along with Joshi (86).

The trial in the Babri Masjid demolition case has stretched over the years and seen many a meandering proceedings. It was only on April 19, 2017, that the Supreme Court ordered a day-to-day hearing, stating that the case should not be delayed any further. The apex court even said that the judge hearing the case cannot be transferred.

Now, as the judgement is to be delivered tomorrow, there is a sense of disquiet among the lawyers of some of the accused, who think that the court may be guided by the observations made by the Supreme Court, terming the demolition as illegal. “The CBI court may take cognizance of the observations and pass an adverse judgement,” observes the lawyer of one of the accused, who has consistently pleaded “not guilty” on charges of criminal conspiracy to raze down the domes of the masjid.

However, another lawyer is hopeful that since the land was finally allotted to Hindus as the rightful claimants, the court may take a more flexible view, and show some leniency as many of the accused are now old and infirm. Moreover, there are some who are now actively involved in the construction of the temple like Champat Rai and Mahant Nritya Gopal Das. While most of the accused have refrained from making any statements publicly, Uma Bharati has come out on record and said that the outcome of the judgement will not affect her. “If I am sent to the gallows, I will be blessed,” Uma Bharati once said.