Various leaders hailed the historic event, and hoped the country progressed further and that people follow the ideals of Lord Ram. 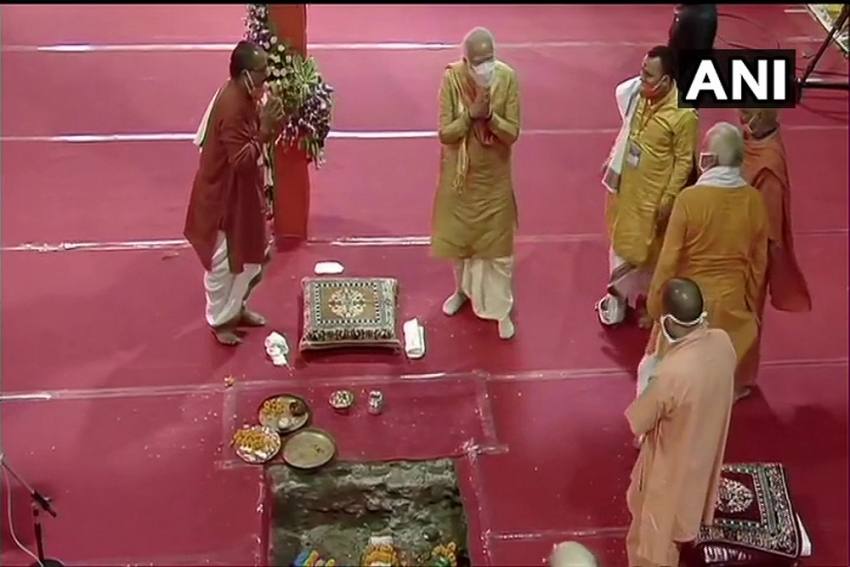 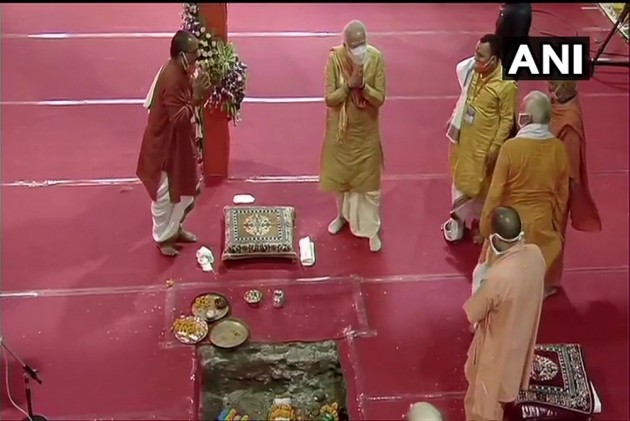 Leaders across the political spectrum on Wednesday welcomed the groundbreaking ceremony for the Ram temple in Ayodhya, hoping the development would pave the way for national unity and harmony.

Various leaders hailed the historic event, and hoped the country progressed further and that people follow the ideals of Lord Ram.

Their reactions come on a day when Prime Minister Narendra Modi is in Ayodhya to lay the first brick of the Ram temple.

"Our country has always upheld the age-old legacy of unity in diversity, and we must preserve this to our last breath," she tweeted.

Delhi Chief Minister Arvind Kejriwal sent his best wishes to fellow citizens on the bhoomi poojan of the Ram temple.

"May we continue to receive Lord Ram's blessings. May his blessings also help the country get rid of poverty, starvation and poverty and India emerges as the world's most powerful country and guide the world in the coming times. Jai Shri Ram. Jai Bajrang Bali," he said in a tweet in Hindi.

Union minister and BJP leader Ravi Shankar Prasad said today is a historic day and we can all feel the joy of this moment.

"The grand Ram temple is also the temple of the country. It is also a celebration of India's pride, self respect and our spiritual inheritance," he said in Hindi.

Rajasthan Chief Minister Ashok Gehlot stressed that there was a need to focus on establishment of an egalitarian society based on values espoused by Lord Ram.

"Lord Ram holds a unique place in our culture & civilization. His life teaches us the importance of truth, justice, equality of all, compassion & brotherhood. We need to focus on establishing an egalitarian society based on the values espoused by #LordRam," he said in a tweet.

Samajwadi Party leader Akhilesh Yadav also hoped the present and future generations will sincerely follow the path shown by 'Maryada Purushottam' and will do good to all and bring peace.

Another BJP leader Suresh Prabhu termed it as a glorious moment in India's history and said, "We all are lucky to witness this moment".

"These values are much needed in such dark times. If they spread throughout the land, Ram Rajya would not be an occasion for triumphalist bigotry. JaiShriRam," he tweeted.

The consecration of the Ram temple in Ayodhya today heralds the end of a three-decade long BJP-led political movement in the country, which saw the saffron party surge from a negligible presence in Lok Sabha to an absolute majority
today.

It was in 1990 that then BJP president L K Advani embarked on the Ram Rath Yatra from Somnath to Ayodhya to galvanise support for the temple and challenge the hegemony of the Congress in Indian politics.

The Rath Yatra started soon after the VHP performed 'Shilanyas' at the temple site on November 9, 1989.