Delhi Environment Minister Gopal Rai said that a centre is being set up in Najafgarh to produce a chemical to deal with stubble burning. 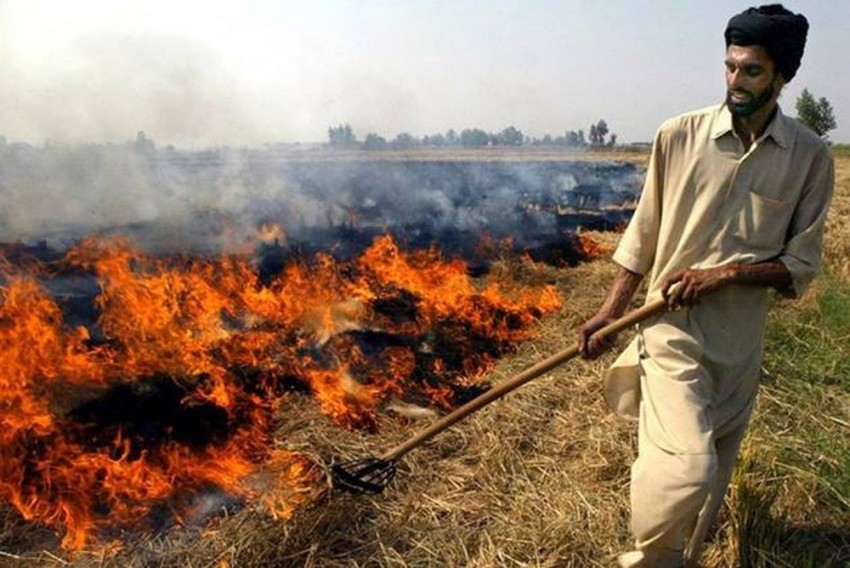 With harvesting season set to begin soon, Delhi government is set to launch a massive anti-air pollution campaign on October 5. Delhi Environment Minister Gopal Rai said that a centre is being set up in Najafgarh to produce a chemical to deal with stubble burning.

Rai added that he has also appealed to the Centre and neighbouring states to use the chemical developed by scientists at the Indian Agricultural Research Institute (IARI) here to manage stubble.

At a meeting of NCR states with Union Environment Prakash Javadekar, Rai asked the Centre to take time-bound action to ensure that 11 thermal power plants and more than 1,900 brick kilns using outdated technology in the national capital region control their emissions.

There are 11 plants around Delhi - in Haryana, Uttar Pradesh and Punjab -- which were supposed to retrofit their units with technology called flue-gas desulphurisation to reduce emissions by December 2019.

"All these contribute to Delhi's air pollution massively," he said.

The minister said the Delhi government presented its plan to tackle stubble burning in the city during the meeting with Javadekar.

He said a center is being set up in Kharkhari village in Najafgarh where the "bio-decomposer" solution will be prepared in around 400 containers starting Tuesday.

IARI's new technology involves a liquid formulation prepared using bio-decomposer capsules, fermenting it over 8-10 days, and then spraying the mixture on crop residue to ensure speedy bio-decomposition of the stubble.

Capsules worth Rs 20 can effectively deal with 4-5 tonnes of raw straw per acre.

Rai said the Centre has been providing subsidies up to 80 per cent on farm machinery, but farmers still have to pay from their own pocket to use it.

"The Pusa bio-decomposer is an economically viable option. We have estimated that only Rs 20 lakh is needed to manage stubble in 800 hectares of agricultural land in Delhi," he said.

The minister said an action plan has been prepared to stop stubble burning in the city.

Under it, farmers will fill a form providing details such as name, address, village, the area where they produce non-basmati rice and the date when they want the government to spray the chemical to tackle stubble burning.

Based on this form the Delhi government will send officials to spray the chemical at the designated farmland. Agricultural development officers of all the districts will lead this work, he said.