Army Chopper With Northern Army Commander On Board Crashes In J&K's Poonch, No Casualties Reported

Northern Army commander Lt Gen Ranbir Singh was part of the seven-member crew, including two pilots. No casualties have been reported so far, officials said. 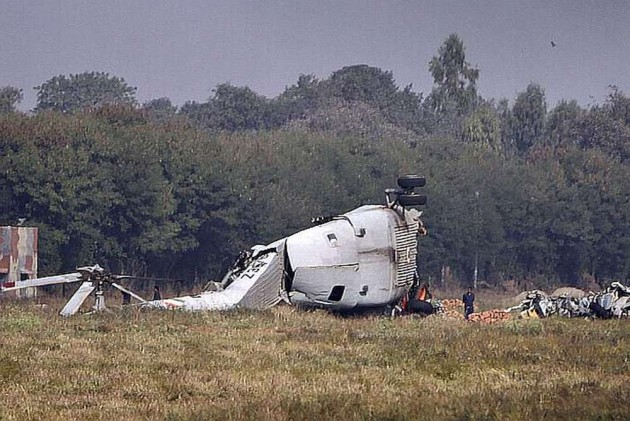 Northern Army commander Lt Gen Ranbir Singh had a narrow escape when a helicopter carrying him and his staff crash-landed in Poonch in Jammu region on Thursday following a technical snag, officials said.

The Advanced Light Helicopter was on its way from a forward area in Jammu to Srinagar when it developed a snag and had to crash land at Bedar area in Poonch district, the officials said.

A civilian is reported to have suffered injuries, they said.

There were seven people in the helicopter including Lt Gen Ranbir Singh and two pilots.

"A helicopter with Army Commander Northern Command on board has executed a forced landing on account of technical snag in general area of Poonch", a Defence Spokesman said in a statement.

"Crew and passengers are safe", he said.

The army general and others were taken to a nearby army medical centre for examination, the officials said, adding there were no serious injuries to anyone in the crew.

Lt Gen Singh was on a visit to forward areas of XVI corps which has been witnessing cross border shelling from Pakistan side quite regularly these days.