Congress leader Kapil Sibal also referred to the alleged custodial death of a farmer in Hapur and said such is the lawlessness in the state that 'fathers are being killed front of their children at police stations and people are killed in broad daylight. 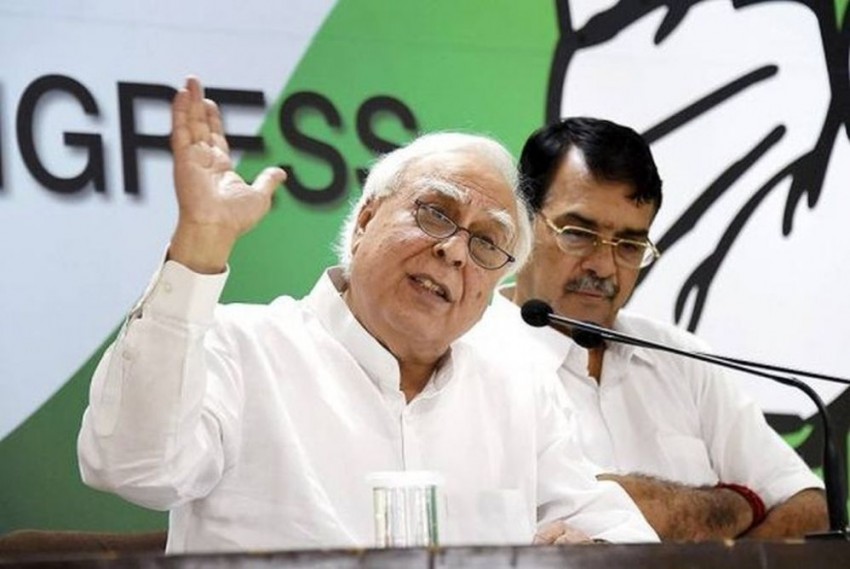 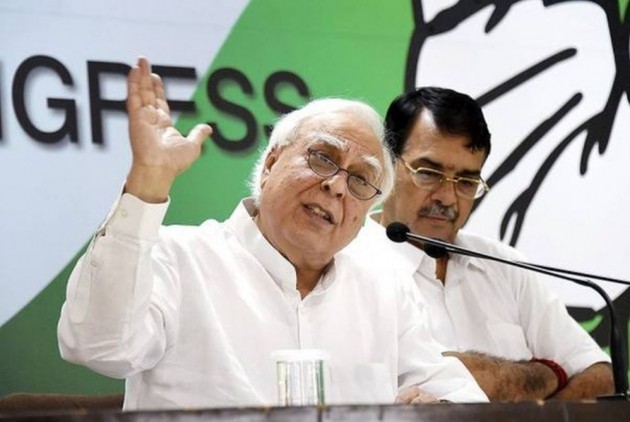 A day after the president of a little-known Hindu outfit was killed in his home in Lucknow, the Congress on Saturday hit out at the BJP government in Uttar Pradesh over the law and order situation in the state, alleging "jungle raj" was prevailing there.

Reacting to Uttar Pradesh police chief's comments that Hindu Samaj Party chief Kamlesh Tiwari was killed probably because of a controversial statement he made in
2015, senior Congress leader Kapil Sibal said, "A state for which the apex court of the country said that there is 'jungle raj', should we believe the DGP or the Supreme Court?"

"Chief Minister Yogi Adityanath should be saluted for the prevailing lawlessness," he said in a sarcastic tone.

Sibal also referred to the alleged custodial death of a farmer in Hapur and said such is the lawlessness in the state that "fathers are being killed front of their children at police stations and people are killed in broad daylight."

The farmer, Pradeep (35), was detained at Chhijarsi police post in Pilkhuwa area of Hapur for questioning over the murder of a woman relative nearly one-and-a-half month ago.

His family had alleged that Pradeep was beaten mercilessly by the police during interrogation due to which his condition deteriorated badly, even as his 1---0-year-old son waited outside the police post.

"Anything is possible in this 'jungle raj'. You know how (Kuldeep Singh) Sengar and Chinmayanand are being protected by the police and so how can they be believed? --------------Stern action should be taken against those who killed Tiwari," he said.

Five people have been detained including three in Gujarat's Surat in connection with the murder of Tiwari.

Among the arrested were Bijnor residents Mohammed Mufti Naeem Kazmi and Imam Maulana Anwarul Haq, who were booked on murder charge on Friday after Tiwari's wife
named them in her police complaint alleging that the duo had announced a bounty of Rs 1.5 crore on his head in 2016.

On Tiwari's mother Kusuma alleging that he was killed by a "local BJP leader" due to a temple dispute in a village, Sibal said parties should not make any comment that can make it look like a political issue.

"Action must be taken against whoever responsible for the murder, be it someone from the BJP or a person belonging to an extremist group," he said.

If Anyone Needs To Understand What Women Want, It's Men: Khushbu Sundar