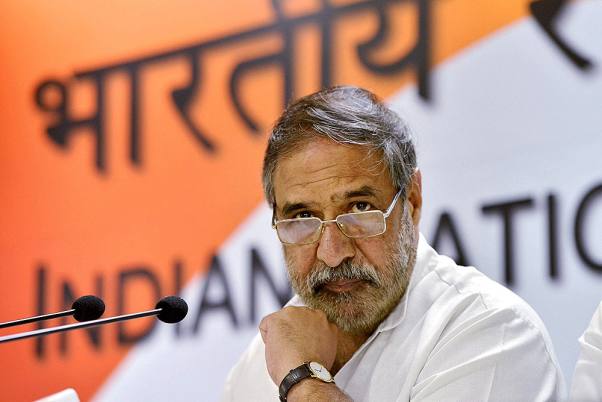 Senior Congress leader Anand Sharma, who is on a visit to Jammu and Kashmir as the Chairman of the Standing Committee on Home Affairs met former chief ministers Dr. Farooq Abdullah and Omar Abdullah in Srinagar and talked about the restoration of full statehood to J&K and early Assembly elections.

“We discussed the political situation in the state post August 2019, full statehood and early Vidhan Sabha elections in the State,” Sharma tweeted avoiding calling Jammu and Kashmir a Union Territory. Like other Congress leaders visiting Jammu and Kashmir he also didn’t touch Article 370.

Earlier on August 10, Congress leader Rahul Gandhi also avoided any talk about the abrogation of Article 370 but insisted statehood to Jammu and Kashmir should be restored.

Gandhi had said his party has a clear stand on Jammu and Kashmir and called for the restoration of J&K’s statehood and conducting elections for J&K Assembly.

National Conference said that senior Congress leader and Chairman of Parliamentary standing committee on home affairs Anand Sharma called on the Jammu and Kashmir National Conference President, Member of Parliament from Srinagar Dr. Farooq Abdullah and vice president Omar Abdullah at their Srinagar residence. “The leaders discussed various issues including the prevailing situation in Jammu and Kashmir and Ladakh. While interacting with the visiting dignitary, Dr Farooq said that the restoration of peace is of utmost importance for the party. He said that giving relief to the people also remains his party’s foremost concern.”

On August 17, Sharma-led Parliamentary Standing Committee visited Union Territory of Ladakh and met with Ladakh Autonomous Hill Development Councils (LAHDCs) of both the districts of Leh and Kargil, officers of Ladakh administration and officers from Indo-Tibetan Border Police (ITBP).  On August 19, the PSC met Chief Secretary of Jammu and Kashmir government and other officials in Srinagar. The officials gave a detailed presentation highlighting the achievements and the functioning of government departments in J&K.  The panel also visited the CRPF camp of 132 battalion housed at Nedous Hotel Maulana Azad Road Srinagar and held an interaction with the paramilitary forces of the camp. The panel also visited the clock tower in Lal Chowk and took pictures there.

On Friday, the panel visited the International Border at Makwal. They met the BSF commanders to know the prevailing situation and requirements of the security personnel.

On Friday evening the Parliamentary Committee held a high-level meeting with top BSF officials at their Paloura headquarters. The officials briefed them about the situation along the international border. The panel will move back to New Delhi on August 22.