Fear Of Deportation Snatches Away Hope From Rohingyas In Jammu

India rekindled hope of a normal life for many Rohingya refugees which is now fading away.

More from Tarun Upadhyay
View All

With abject poverty and haunting insecurity, Rohingyas in Jammu are once again staring at "death" after the Supreme Court order which stayed their immediate deportation but implied that it can be done by following proper procedure.

The Supreme Court on April 8, 2021, refused to grant relief in a petition challenging the detention of Rohingya refugees in Jammu and ordered that refugees shall not be deported unless the procedure prescribed for such deportation is followed.

The apex court had also refused to order the release of nearly 170 Rohingyas detained in the holding centres in Jammu.

The order nailed the last hope of 50-year-old Mukhtar of bringing back his 40-year-old wife Rehna Begum "home".

Pain and desperation were evident on his wrinkled face. Sobbing and sometimes weeping profusely Mukhtar said, "Couldn't have imagined India will do this to us. What will I tell her when I will meet her? I am sure nowhere refugees are sent to jails to be deported to the country where death is the only certainty."

On March 6, about 170 Rohingya refugees living in different parts of the Jammu city were sent to Hirnagar sub-jail which was converted into a ‘holding centre’ in Kathua district.  The police claimed the identity cards issued to them by the United Nations High Commissioner for Refugees (UNHCR) were invalid. A claim contested by many Rohingyas.

Mukhtar is among those 200 families living in shanties at a vacant plot in Narwal, in the outskirts of Jammu city. Rohingyas living here say on March 6, the police randomly picked up a few people that included mostly old and women. 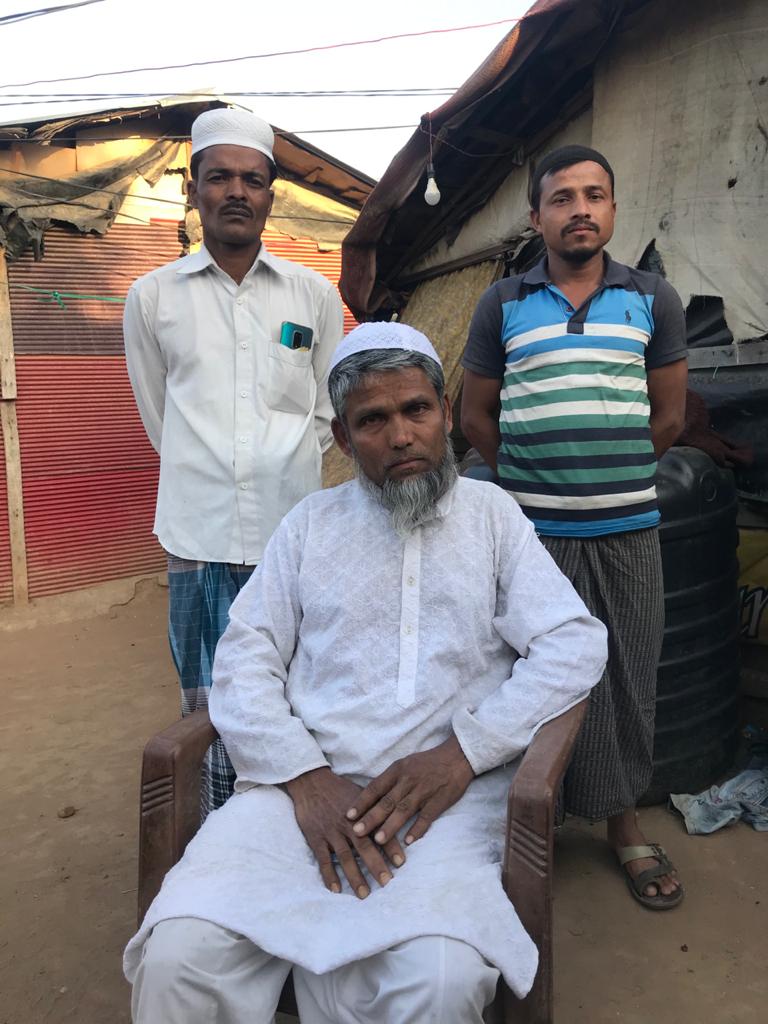 Mukhtar (sitting) whose wife was taken way, Noor-ul-Amin-his parents were taken and Iman  whose mother was taken away by police

22-year-old Mohammad Rafiq, son of Rehana, is fluent in Hindi and shows interest in world affairs. He read the order and understood its implications.

"My mother and father have the same card issued by the UNHCR, so how could hers be invalid?  Secondly, suppose due procedures are followed for deportation and the Myanmar government identifies us, will Indian government ensure our safety there? Isn't India aware of the situation in Myanmar where even pro-democracy Buddhists are being killed by Army every day," said Rafiq.

30-year-old Noor-ul-Amin cleans drains. On March 6, his parents—70-year-old father Fazal Ahmad and 60-year-old mother Saima —were also taken away by the police.  During the last month, he had gone to meet them a couple of times and every time, Noor says, he returns dejected, moved, and as a hapless person.

"Their (parents) only question is when am I taking them back? It shakes me as I myself don’t have the answer as I can do nothing on this account. I pretend that I am working for their return. It's false hope and it's more killing. Could have never expected India could be so 'insensitive'," said Noor.

24-year-old Abdul Rehman's father Lal Miya and mother Modina Katon were also taken away by the police. Abdul works as a salesman. Travelling to meet parents is an additional expense he can barely afford. He is not only concerned about the imminent deportation but her mother's health is adding to his worries. 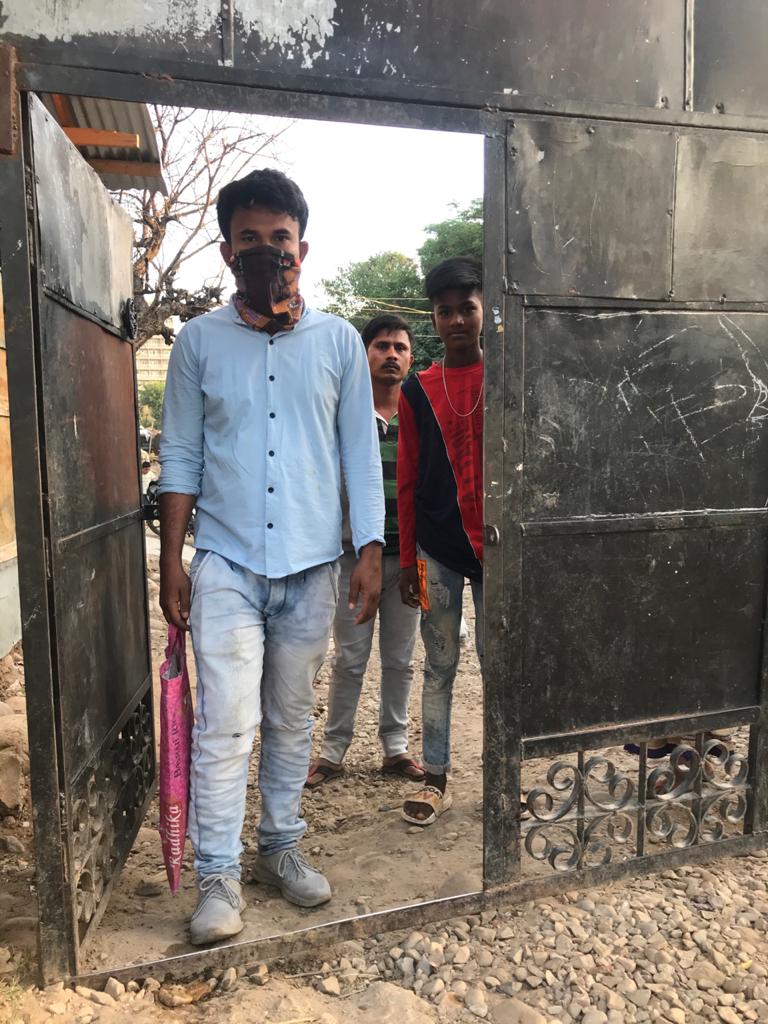 Rehman whose parents were taken away

"My mother needs regular medication. I am not sure if the jail authorities are treating her. My siblings are unable to sleep and consistently thinking about our parents.  What crime have we committed that we are being subjected to this treatment? Are we really such a huge burden on this nation and a serious security threat? Isn't keeping parents away from their children a more heinous crime?", said Rehman.

Rehman says he has been informed that he will not be able to meet his parents from now onwards.  It was the last thing he expected.

On being asked what the due procedure is, he said: "I know the procedure."

Over 6,523 Rohingya refugees live in 39 different camps located across Jammu. For the last few years, voices asking for their deportation were getting shriller. The previous NC-Congress and Mehbooba Mufti government were accused of deliberately settling them in Jammu to change the demography of the Hindu majority Jammu city.

Interestingly, the protests and demands for their deportation have turned quiet since 2019, the year Narendra Modi became the prime minister for the second time and Jammu and Kashmir were made Union Territory.

The Supreme Court in its order observed that the right to not to be deported is ancillary to the right to reside or settle in any part of the territory, guaranteed under Article 19(1)(e) of the Constitution, which the court observed is a right available only to the citizens of India. The Court also noted that India was not a party to the Refugee Convention.

Some hold the view that even if India doesn't have any legislation recognising refugees, the country adheres to the principle of non-refoulement (not sending refugees to a place where they face danger).

According to reports, senior advocate Harish Salve, intervening on behalf of the Jammu and Kashmir administration, during the hearing of the petition had argued that the principle of non-refoulement was not binding on the Indian government as it has not signed the international treaties propounding the said principle.

Many Rohingyas believe India also turned out to be a "false hope” of security when they left their country after thousands of people were killed and houses were burnt.  For some years, they were living a "secure" life as death wasn't staring at them. India rekindled hope of a normal life which is now fading away.