Narendra Modi, 68, was administered the oath of office and secrecy by President Ram Nath Kovind at a glittering ceremony at the forecourt of majestic Rashtrapati Bhavan. 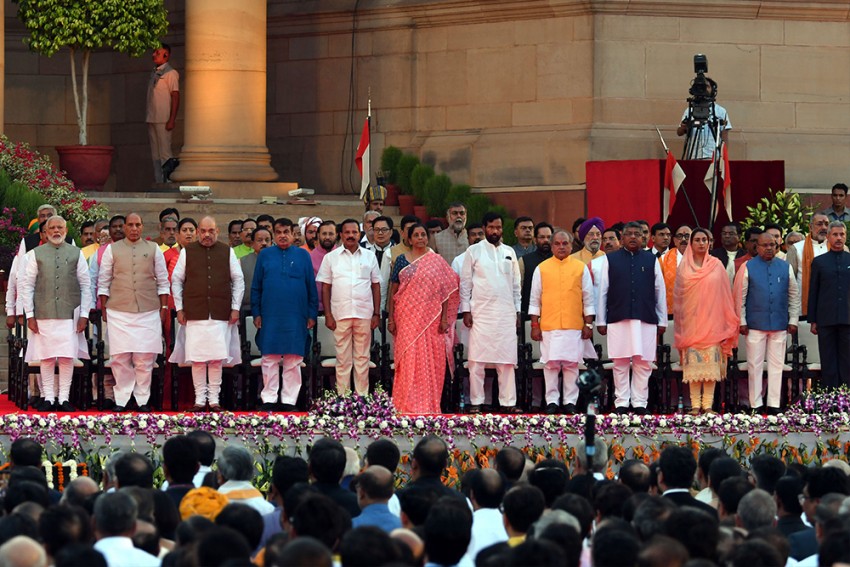 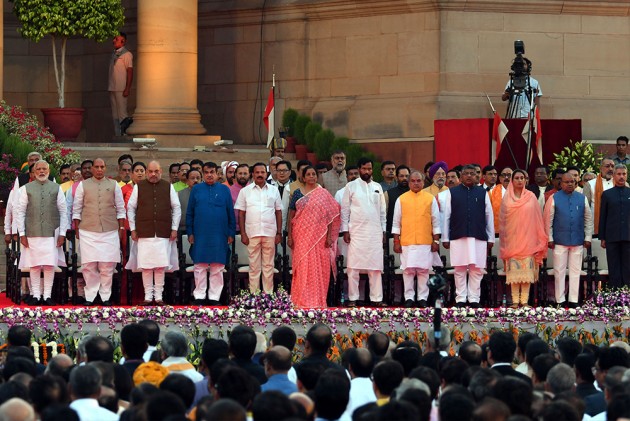 Narendra Modi took over as the country's Prime Minister for a second term on Thursday after he was sworn in along with Union ministers, including BJP president Amit Shah, Rajnath Singh, Nitin Gadkari and former foreign secretary S Jaishankar, a surprise pick.

Modi, 68, was administered the oath of office and secrecy by President Ram Nath Kovind at a glittering ceremony at the forecourt of majestic Rashtrapati Bhavan.

"Honoured to serve India!" tweeted Modi after taking the oath for the second consecutive term.

While the inclusion of Shah, seen as BJP’s key strategist who helped the party to expand its base after taking over the reins of the party in 2014, was much speculated, Jaishankar, considered close to Modi, was a surprise pick.

Some of the key ministers in the previous Modi government, including Sushma Swaraj, Rajyavardhan Singh Rathore and Maneka Gandhi were not part of the new council of ministers.

Former finance minister Arun Jaitley had written to Modi on Wednesday and said that he didn’t want to be a part of the new government due to health reasons.

There are 24 cabinet ministers and as many MoS' while nine other were given MoS with independent charge rank.

Modi can have as many as 80 ministers in the 543-member Lok Sabha.

As per the Constitution, the total number of Union ministers, including the Prime Minister shall not exceed 15 per cent of the number of members in the LS.

This is the second time Modi took the oath at the forecourt of Rashtrapati Bhavan. Modi was sworn in by the then President Pranab Mukherjee in 2014 in the presence of over 3,500 guests including the heads of SAARC countries.

Earlier, Chandra Shekhar in 1990 and Atal Bihari Vajpayee in 1999 were sworn in at the sprawling forecourt.