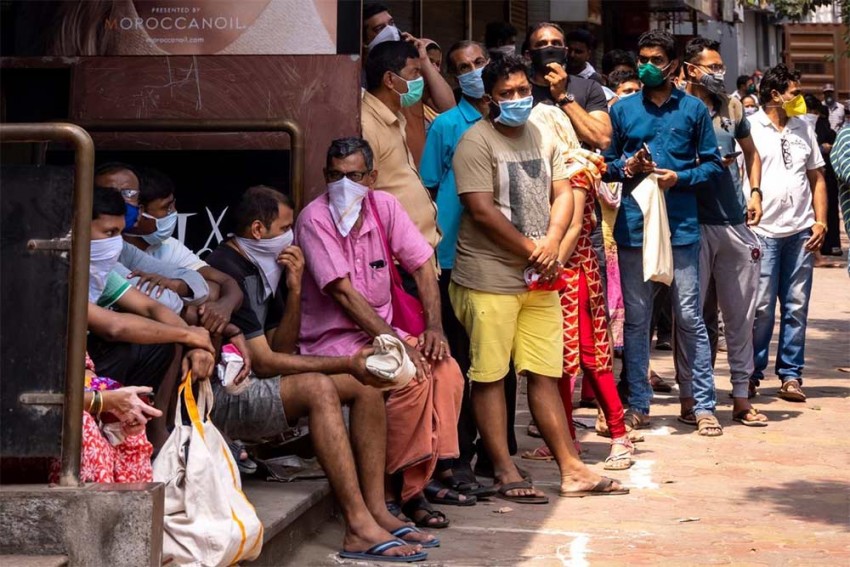 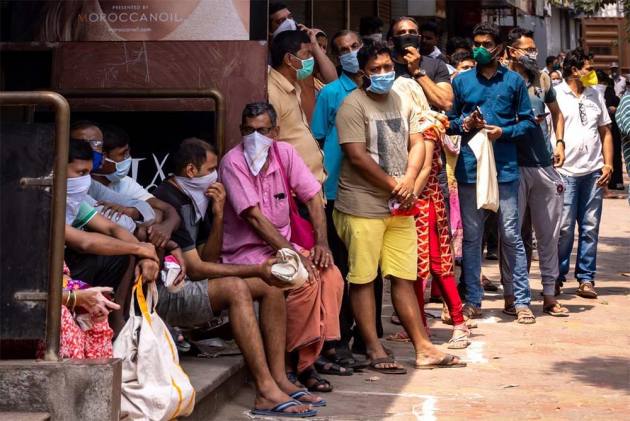 India reported 179 fresh COVID-19 cases, highest in a single day, taking the tally to 918, and the death toll climbed to 19 on Saturday, as the government made efforts to shore up healthcare infrastructure, including procurement of ventilators, and Prime Minister Narendra Modi announced a special contributory fund, amid looming fears of the country entering the third stage of community transmission.

Resources were also being mobilised from private medical establishments, and armed forces while the \Rrailway s has manufactured a prototype of an isolation ward for treating coronavirus patients by converting non-air-conditioned train coaches.

The armed forces are keeping ready 28 service hospitals to provide treatment to COVID-19 patients apart from five hospitals which are carrying laboratory tests for the infection.

The Union health ministry said out of total 918 cases, 819 were active COVID-19 cases, while 79 people were either cured/discharged and one had migrated. As per the ministry, the total number of cases on Friday stood at 724.

Despite India being under a 21-day lockdown from Tuesday midnight as part of efforts to check spread of coronavirus, the exodus of a large number of migrant labourers to their native places in huge groups has compounded fears of spread of the virus.

"Till the time we see a significant number of cases to indicate community transmission, let us not over interpret things," said Raman R Gangakhedkar, head of the Epidemiology and Communicable Diseases at ICMR.

According to the health ministry, deaths have been reported from Maharashtra (5), Gujarat (3), Karnataka (2), Madhya Pradesh (2) and one each from Tamil Nadu, Bihar, Punjab, Delhi, West Bengal, Jammu and Kashmir and Himachal Pradesh.

As per officials in Kerala, which has the second highest number of cases after Maharashtra, the state reported its first COVID-19 death on Saturday after a 69-year-old man being treated for the virus died at Ernakulam Medical College Hospital, but it was not included in the central data. Kerala has reported 187 positive cases.

The man was admitted to the isolation ward on March 22 after his return from Dubai, the government hospital said in a statement.

Maharashtra has reported 210 cases including 25 who were cured and five deaths.

At a press briefing on the current COVID-19 situation in India, Joint Secretary in the Ministry of Health, Lav Agarwal said the government is working with states on health infrastructure preparedness and the focus is having dedicated COVID-19 hospitals and blocks in every states and arrangements are being made to ramp up isolation and ICU beds and other required logistics.

Seventeen states have so far started work on this, he said, adding doctors and nurses are being provided online training from AIIMS, New Delhi on the management of COVID-19 patients.

A 24x7 national tele-consultation Centre at AIIMS has also been launched through which doctors in other hospitals and medical colleges will be provided clinical guidance.

"We have been pre-emptive and graded in our approach and had anticipated the situation much before and went for a lockdown when were getting limited cases of local transmission while other countries took steps much later," he said.

Officials said 111 government laboratories are currently functional across the country and with the private sector being roped in, it has been increased.

"As of now we are utilising only 30 per cent of our capacity. More than 5 lakh probes that were imported from USA has arrived, which means we cam test an additional 5 lakh people. More so, labs still have reagents to test more than one lakh patients," Gangakhedkar said.

The health ministry has already asked hospitals and medical education institutions to procure sufficient number of ventilators and high-flow oxygen masks to be prepared for any possible influx of patients. It has also asked hospitals to postpone all non-essential surgeries.

Modi announced the creation of the "Prime Minister's Citizen Assistance and Relief in Emergency Situations Fund" where people can contribute and help in the government's fight against coronavirus.

Asserting that the fund will go a long way in creating a healthier India, Modi on Twitter said,"people from all walks of life expressed their desire to donate to India's war against COVID-19" and has been constituted respecting that spirit.

"It is my appeal to my fellow Indians, kindly contribute to the PM-CARES Fund. This Fund will also cater to similar distressing situations, if they occur in the times ahead," he said.

A statement posted on his official website said while the prime minister is the chairman of the new public charitable trust, its members include Defence Minister Rajnath Singh, Home Minister Amit Shah and Finance Minister Nirmala Sitaraman.

States were also ramping up facilities and ordering more equipment especially ventilators. Government, government-aided and private medical colleges have been asked to reserve beds in all districts.

Adequate stocks of masks and personal protective equipment were being maintained, officials said.

Civil Aviation Minister Hardeep Singh Puri said aircraft are crisscrossing the Indian airspace to ensure that the COVID-19 testing kits of the ICMR reach their destinations on time. The Indian Navy too deployed its aircraft to help the Goa government transport 60 samples to the Pune-based National Institute of Virology (NIV) for testing, an official said on Saturday.

Private hospitals like Apollo and Max were forming teams and dedicated wards to deal with any possible surge in cases.

'Response To Coronavirus Was Pre-emptive': Govt Brushes Aside Criticism Over Lockdown