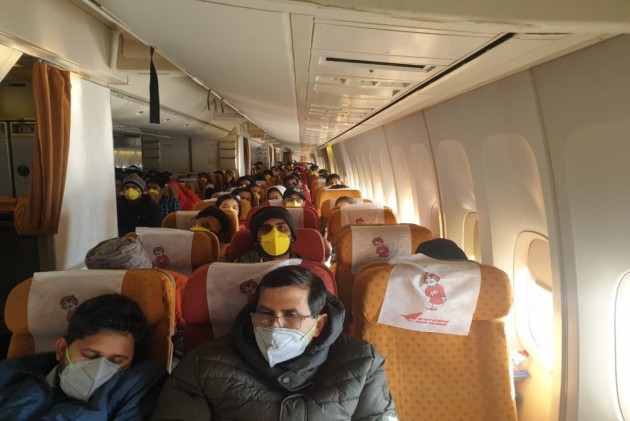 Air India evacuated 323 more Indians from Wuhan in China in its second special flight, which landed at Delhi airport on Sunday morning.

Wuhan is the epicentre of the outbreak of novel coronavirus, which has killed more than 300 people in China.

An Air India spokesperson said at 9.45 am, "323 passengers were there in the second special flight, which landed at Delhi airport just now."

Besides Indians, seven citizens of Maldives were also on board the same flight.

In a tweet earlier on Saturday, Maldives Foreign Minister Abdulla Shahid expressed his gratitude to Prime Minister Narendra Modi and External Affairs Minister S Jaishankar for the evacuation of Maldivians from Wuhan - the epicenter of the new strain of coronavirus. Shahid added that all seven passengers will be housed in Delhi for a quarantine period.

"Seven Maldivians in Wuhan are on their way to Delhi on a special Air India flight. Upon arrival, they will be housed in Delhi for a period of quarantine. Deep gratitude to PM Narendra Modi and EM Dr. S Jaishankar. Special thanks to Ambassadors Vikram Misri and Sunjay Sudhir and their teams," Shahid tweeted.

The flight carrying the first batch of Indians had landed at the Indira Gandhi International Airport in Delhi on Saturday. Of the 324 passengers, three were minors and 211 were students.