In eight districts of the total 12, the maximum temperature crossed 32 degrees Celsius on Tuesday, which was at least six degrees higher than normal. 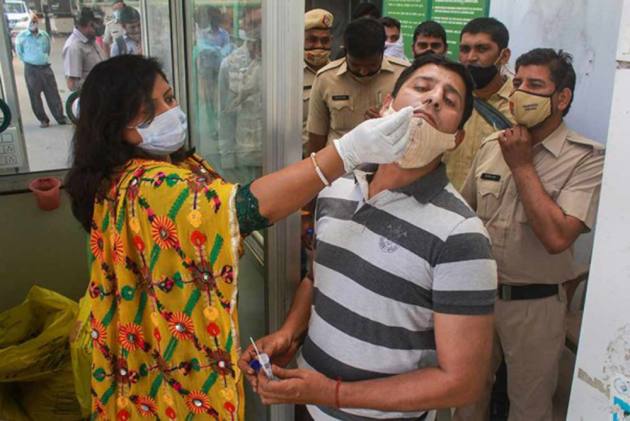 As if a fresh Covid surge and a drinking water crisis weren’t enough for Himachal Pradesh to cope with this summer, now, the mercury is rising, the summer heat signalling an unusual pattern in the mountains.

Nearly 92 to 95 per cent of the state is facing a water crisis because of erratic snowfall and 62 per cent less rainfall.

In eight districts of total 12, the maximum temperature crossed 32 degrees Celsius on Tuesday, which was at least five to six degrees higher than normal.

Una — a district bordering Punjab — was highest at 36 degrees Celsius creating a record of sorts this year.

Even Shimla, which is the capital town of Himachal Pradesh, the maximum temperature rose to 24.4 degrees Celsius, which was at least 4 degrees higher than that on Tuesday.

Dr Manmohan Singh, director, meteorological department (MeT), Shimla station, attributed the rise in the temperature in the hill to deficient snow and rain all over the state. However, he said one to two towns did record very high temperatures — 39.4 degrees Celsius — on March 23 in 2010.

He said it was a clear impact of climate change. “During March 2021, only 41.7 mm precipitation was recorded in Himachal by the MeT department , which is 62 per cent less than previous years,” Manmohan Singh said.

All the 12 districts in Himachal received either deficient or very deficient precipitation during this month. The overall loss was around 62 per cent while districts like Kullu and Chamba and parts of Lahaul-Spiti recorded a 99 per cent rain deficit.

The MeT data at Shimla revealed that during this month, there were 13 spells of precipitation of which only 5 spells were widespread rain or snowfall.

Earlier, Kalpa – an ancient hill town in high altitude district of Kinanur – had suddenly warmed to 19 degrees Celsius on February 10, 2021, breaking its 28-year-old record of the icy winters.