The update process meant to wipe out the illegal settlers in the state was carried out under the jurisdiction of the apex court. AASU and several other organizations are not satisfied with the outcome. 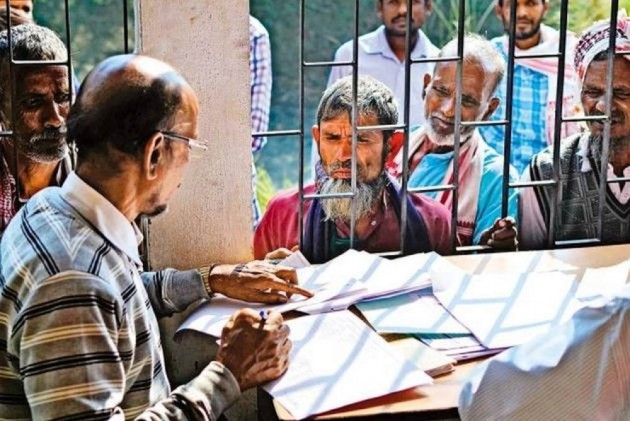 All Assam Students’ Union (AASU) has filed a petition at the Supreme Court seeking a thorough rectification of the National Register of Citizens (NRC) to omit the errors. The final list of the NRC which was published on August 31 has excluded a little more than 19 lakh people.

The update process meant to wipe out the illegal settlers in the state was carried out under the jurisdiction of the apex court. AASU and several other organizations are not satisfied with the outcome. Many have objected that the number is less than their expectations.

“The NRC update process was not up to the mark. The guidelines and the instructions of the Supreme Court were not properly followed while carrying out the process. So, the AASU and the people of Assam are not satisfied with the outcome. We have the faith in the Supreme Court and so we have sought the intervention of the court so that the rectification is done properly,” AASU general secretary Lurinjyoti Gogoi told Outlook.

Even before the publishing of the final list, Centre and the state government had also sought permission from the Supreme Court for verification of 20 percent of draft NRC data in districts bordering Bangladesh and 10 percent in remaining districts. But it was turned down by the apex court. And the NRC coordinator Prateek Hajela had informed the court that around 80 lakh (amounting to 27 percent of the claims) had already been re-verified.

AASU has also claimed that a number of genuine Indians especially the indigenous people have been left out from the list.

“We also want a special provision to include those indigenous people in the final list. We have also mentioned in this regard in the petition which has been submitted in the Supreme Court,” said Gogoi.

The students’ body has also slammed the Centre and state for failing to implement the guidelines of the Supreme Court and prepare an error-free NRC list.

The NRC final list is supposed to feature the names of the individuals who have been living here before March 24 of 1971 or those whose ancestors resided before this cut off date.

The ruling BJP has already announced of implementing the NRC in other states as well.