'A Nightmare': Association Demands Refund For Passengers Who Missed Their Flights

Sudhakara Reddy, National President, APAI, has criticised the manner in which passengers have been handled by the airports and air operators on the very first day of resumption of domestic operations. 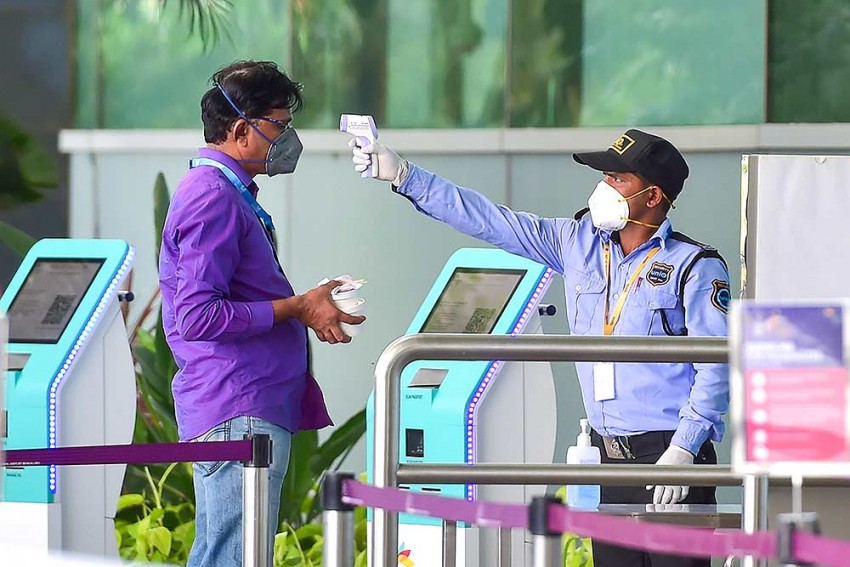 A airport staff being screened outside Kempegowda International Airport, amid the ongoing nationwide COVID-19 lockdown, in Bengaluru.
PTI Photo
Jeevan Prakash Sharma May 25, 2020 00:00 IST 'A Nightmare': Association Demands Refund For Passengers Who Missed Their Flights 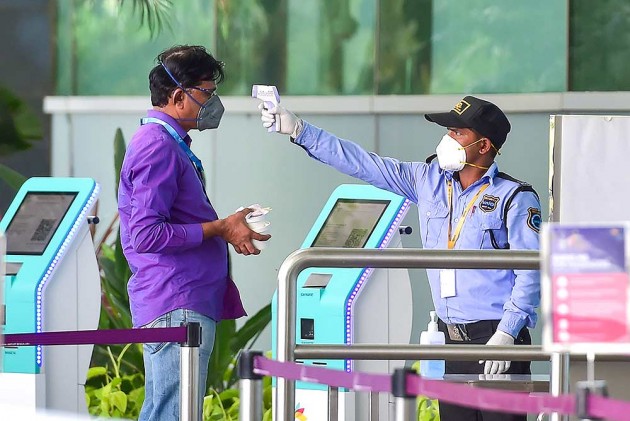 Air Passengers Association of India (APAI), a non-profit organisation focused on the rights and welfare of air passengers, said that any passenger who missed their flight on May 25, the day the domestic flights operations resumed, or may miss it during the ongoing lockdown period due to any reason must be refunded or duly compensated.

Airlines have already announced readjustment of the ticket amount to all those fliers who booked tickets prior to the enforcement of lockdown from March 25. However, those who bought a ticket after the announcement of the resumption of flights on May 21 and couldn’t board the flight on May 25 are clueless.

Sudhakara Reddy, National President, APAI, has criticised the manner in which passengers have been handled by the airports and air operators on the very first day of resumption of domestic operations.

ALSO READ: From Quarantine To Arogya Setu: List Of SOPs Issued By States As Domestic Flight Ops Set To Resume

“Flights are being cancelled without any prior information to flyers. Airports are not allowing passengers to board the flights on the ground of invalid identification cards or various other reasons. I have been receiving reports of chaos at most of the airports in the country,” Reddy said, adding that it would discourage people to fly for another couple of days now.

Reddy also demanded that those passengers who came to know about their flight cancellation after reaching the airport should be compensated for harassment. Over 80 flights have been cancelled from the Delhi Airport and many flyers didn't get any intimation about it till the time they reached the airport.

Passengers who reached the airport early in the morning to take flights have narrated their experience as worst of its kind. They say that there is complete mismanagement as no airline has any definite answer to their questions.

Alka Kaushik, who had to board a 7 am flight to Mumbai reached the airport before 5 am. However, she said that  no one had any clue about the status of the flight for half an hour.

“I stay in Ghaziabad and I somehow managed to hire a taxi and reach the airport. After running around for half an hour, I came to know that my flight was rescheduled for the evening,” Kaushik said.

She added, “When I asked them if they were certain about the evening schedule, a person deployed at the information desk said that he would not give any assurance.”

Many other passengers alleged that private airlines were busy selling tickets to passengers whose flights have been cancelled without any assurance whether the next flight would fly on time.

“They want to sell as many tickets as they can so that your money gets stuck and you can’t do anything later on,” a passenger said.

He added, “It was a nightmare. There was no arrangement for any tea or even a bottle of water for those whose flights were cancelled.”

A doctor was not allowed to board a flight at the Delhi Airport as the authorities alleged that she didn’t have a valid ID. Many people were stranded at the airport as they came to know about the cancellation of flights after reaching the airport.

“There is no clarity on the refund or readjustment of their money. Some passengers told me that the airlines have asked that their money would not be refunded or adjusted if they failed to board the flight. There are several factors due to which a passenger is not able to take the flight. The Ministry of Civil Aviation or the DGCA must come out with an order to the airlines to refund the money,” Readdy demanded.

Aviation professionals also say that if a passenger who has to take an early morning flight is unable to reach the airport due to the night curfew should not be held responsible for not arriving on time.

“There are many such passengers. They deserve a refund,” an aviation professional from private airlines said.

Ajay Jasra, former corporate communications head, IndiGo, said, “It was mostly low load factor why airlines have cancelled flights today. From a business point of view, it may be a prudent decision; however, it violates passengers' consumer rights."