The Health Ministry said Maharashtra and Tamil Nadu are the two most affected states contributing to 50 per cent of the total active coronavirus cases. 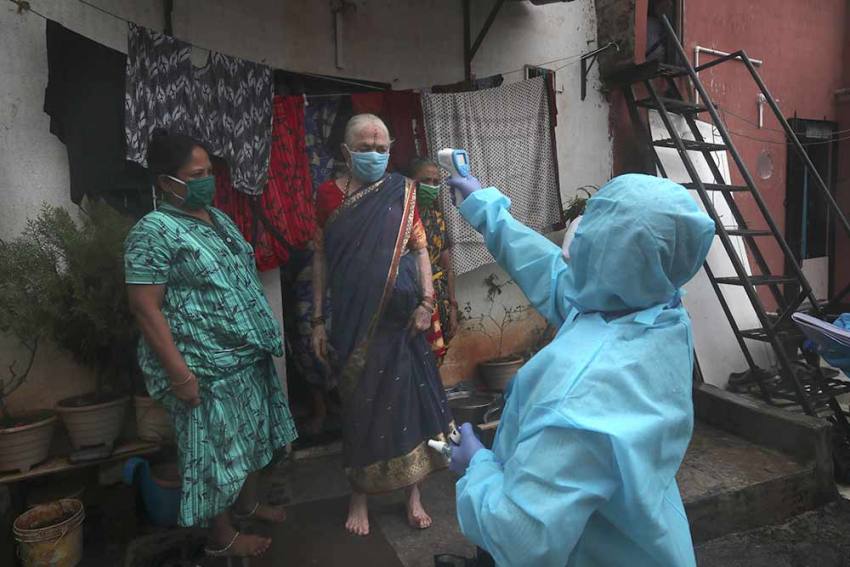 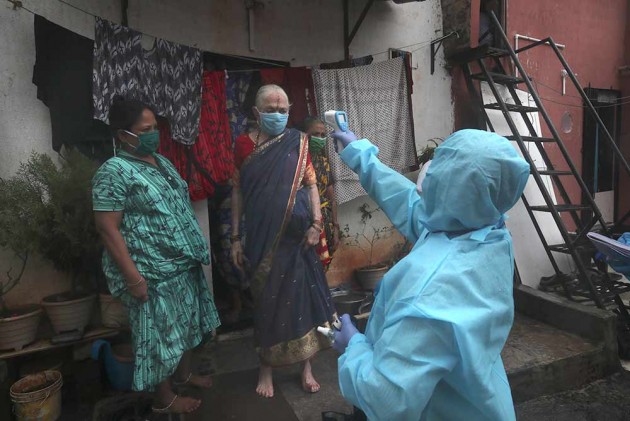 With the number of COVID-19 cases crossing the nine lakh-mark on Tuesday, the health ministry said that 86 per cent of the total active cases are confined to 10 affected states with Maharashtra and Tamil Nadu accounting for 50 per cent of them.

Despite being the second-most populous country of the world, the daily growth rate of new COVID-19 cases in India has been coming down continuously from around 38.2 per cent in March to 3.24 per cent on July 12, Rajesh Bhushan, the officer on special duty in the Health Ministry, told a press briefing.

He said Maharashtra and Tamil Nadu are the two most affected states contributing to 50 per cent of the total active cases (amounting to 1,54,134 cases).

Karnataka, Delhi, Andhra Pradesh, Uttar Pradesh, Telangana, West Bengal, Gujarat and Assam are the other affected states that contribute to 36 per cent of the total active cases (1,11,068 cases).

The official further said that 22 states are doing more than 140 COVID-19 tests per day per million in line with comprehensive testing guidance note by the WHO and asked the remaining states and union territories to increase testing accordingly.

India's coronavirus infection caseload surged to 9,06,752 on Tuesday while the death toll climbed to 23,727, according to the ministry's data updated at 8 am.

Bhushan said the total recovered cases of COVID-19 are about 1.8 times the number of active cases.

Responding to a question on the fatality rate, he said the national rate is 2.6 per cent and it is coming down rapidly.

"Compared to the global case, fatality rate it is significantly lower," he added.

Asked how the government is calculating the recovery rate, Bhushan said it is done based on the total number of people who were hospitalised.

For the term hospitalised, there are two categories -- those who came to formal COVID care centres or COVID care health facilities or dedicated COVID hospitals and secondly those who were advised home isolation.

"So both are then covered by the discharge policy that the ministry issues from time to time and that is how we show the recovered cases," he explained.

People who are in home isolation are monitored in two ways. There are groups of paramedical workers and volunteers who are given the responsibility to check physically on these people on a daily basis and based on a standard template a decision is taken whether the home isolation should continue or the patient be shifted to a COVID care facility, he said.

The second way of monitoring such patients is through telephone calls. There are dedicated health homecare agencies which are also given the same standardised checklist and based on phone calls to the patient they do this tracking.

"Market authorisation whenever it is given by a regulator means that the manufacturer of that drug can freely market it. Emergency authorisation means that it can be procured only in emergency circumstances, the treating clinician has to certify this and informed consent needs to be obtained. In case a patient is not in condition to provide this consent the caregivers or family members can give," he said.

Elaborating more on that, ICMR Director General Dr Balram Bhargava said in severe patients of COVID-19, there is a problem of a cytokine storm. Cytokines are released and they are responsible for a storm that ultimately leads to serious conditions. There are two drugs which are thought to be preventing the cytokine storm --- tocilizumab and itolizumab.

He also said that human clinical trials for a vaccine has been initiated in the country with approximately 1,000 volunteers participating in the exercise for each of the two indigenously developed vaccine candidates.

Commenting on COVID-19 affecting other organs apart from lungs, Bhargava said the disease causes pneumonia which is most common, but it can affect other organs like the liver and kidneys, heart, the blood vessels causing clots and thrombus formation which is an important complication of COVID-19.

"Clots form and these clots can go into the lungs and ultimately block and oxygen exchange in the lungs and that is why in most of the treatments it is recommended and it is standard of care to give blood thinners or anticoagulants or low molecular weight heparins for preventing these complications," he explained.

Certain other complications have also been described in small children that arteries get dilated and can be affected. These are being studied and they have been studied in autopsy studies in some reports and clinical data is being collected, he added.

On whether COVID is air-borne, Bhargava said in terms of transmission it is well established that it is a droplet infection.

There have been hypotheses and suggestions by several scientists that there may be some air-borne transmission with micro droplets, again, it is also a droplet less than 5 micron in size but what clearly remains important is physical distancing, use of masks, hand sanitisers has to continue to curb the transmission of the disease, he said.

Asked when Delhi's sero-survey findings will be made public, Bhushan said these surveys are fairly complex exercises and therefore by definition take time.

In the case of Delhi, it was initially decided that sero-surveillance will take 20,000 samples from June 26 till July 5 but the sero surveillance ended up taking 22,800 odd samples, these are blood samples which are then subjected to ELISA test.

"The moment it is complete and reviewed internally and shared with ICMR and other domain experts,  it will be shared," Bhushan said.

'BJP's Doors Open For Everybody Who Believes In Our Ideology': Party Leaders On Sachin Pilot