'Super-spreaders' are the infectious disease carriers who could transmit the pathogen to a large number of people. 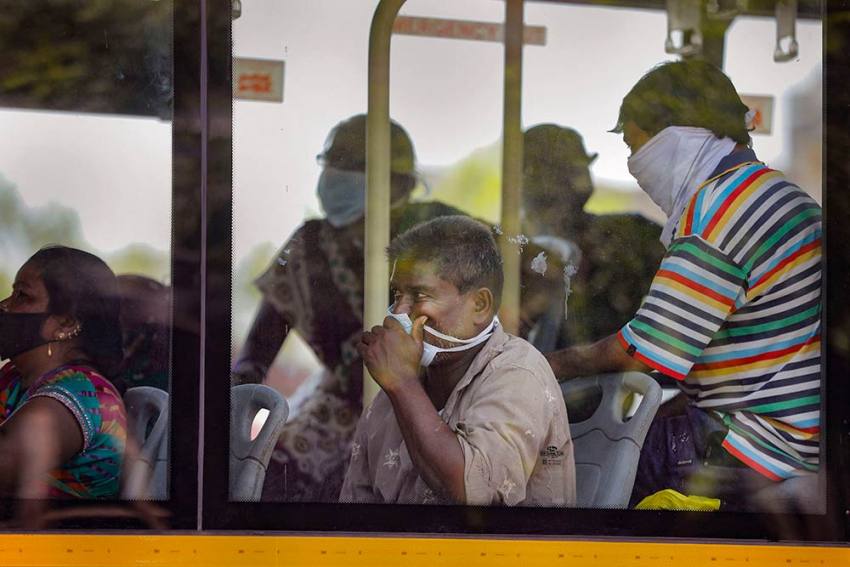 Vegetable vendors, who tested positive for COVID-19, are taken to a hospital, during ongoing lockdown in Ahmedabad.
PTI Photo
PTI May 10, 2020 00:00 IST 334 COVID-19 'Super-Spreaders' Found In Ahmedabad Alone 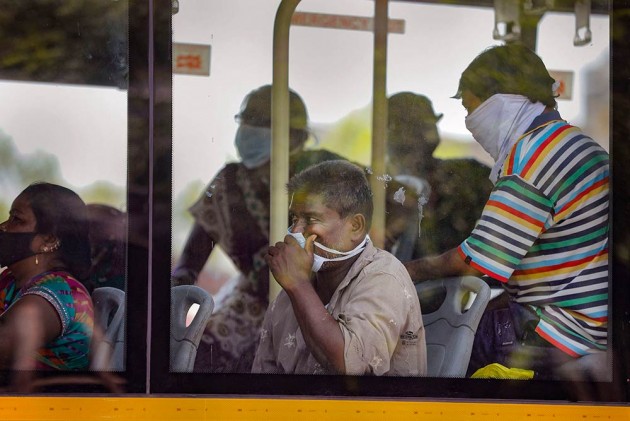 As many as 334 coronavirus 'super-spreaders' have been found in Ahmedabad so far, and it is the main reason for the order to keep shops of groceries and vegetables closed till May 15, officials said on Sunday.

'Super-spreaders' are the infectious disease carriers who could transmit the pathogen to a large number of people.

They could be vegetable vendors, grocery and milk shop owners, petrol pump attendants or garbage collectors, who by the nature of their job carry the risk of getting infected and
infecting others.

Till Saturday, Gujarat reported 7,797 coronavirus positive cases and 472 deaths. Of these, Ahmedabad alone has reported 5,540 cases and 363 deaths.

An official said they believe there are around 14,000 high-risk potential super-spreaders in the city, and they have decided to screen all of them in next three days.

A similar exercise has also been undertaken in the suburbs and rural areas of the district, he said.

The Ahmedabad Municipal Corporation (AMC) started targeting such people from April 20 as part of active surveillance, and has so far collected 3,817 samples of such suspects, out of whom 334 turned out to be positive, the official said.

After a provision store owner in Vejalpur area in Ahmedabad tested positive for coronavirus on Saturday, all customers who visited the store over last 15 days to make purchases were asked to remain home quarantined, the official said.

In Dholka town on Ahmedabad outskirts, a watermelon vendor was found coronavirus positive during a similar screening exercise, and was identified as a super-spreader.

Additional Chief Secretary Rajiv Gupta, appointed the for supervision, monitoring and coordination of works related to coronavirus in the city, said nearly 2,000 suspected
super-spreaders were screened in two days after the AMC ordered closure of all shops, except milk and medicines, in the city for a week from May 7.

"All the suspects will be tested by Wednesday," the official said.

The city has been placed under complete lockdown till that time.

The AMC has also made it mandatory for owners and staff of shops and supermarkets to get their medical screening done by approaching their respective wards, and obtain 'health screening cards' based on test results.

Both the Ahmedabad city and district administrations have undertaken the exercise to screen all super-spreaders to ensure they do not carry the risk of transmission before they go out to operate in the market, and also to regulate the number of such vendors, officials said.