As the centre of the severe cyclone, Bulbul has moved to Bangladesh, high winds with speed up to 80 km in West Bengal's South 24 Parganas continue to rage there, said the Home Ministry. 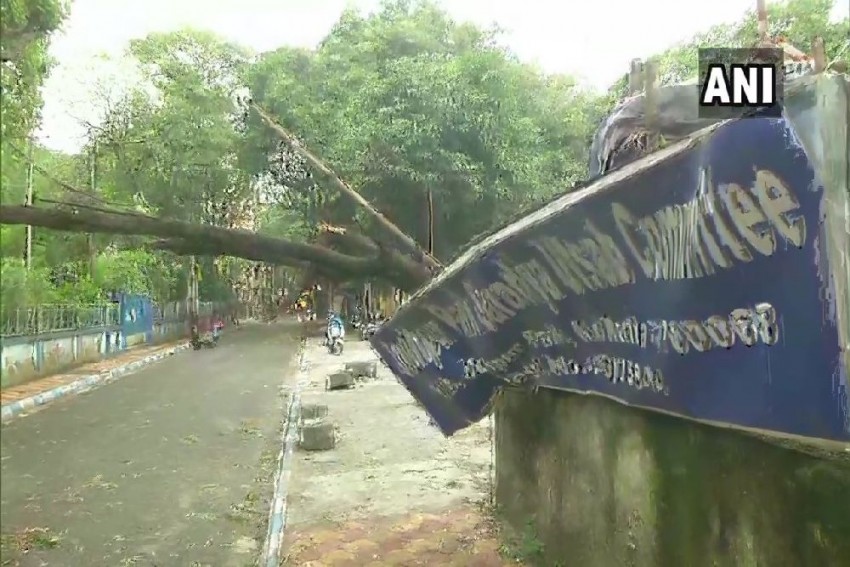 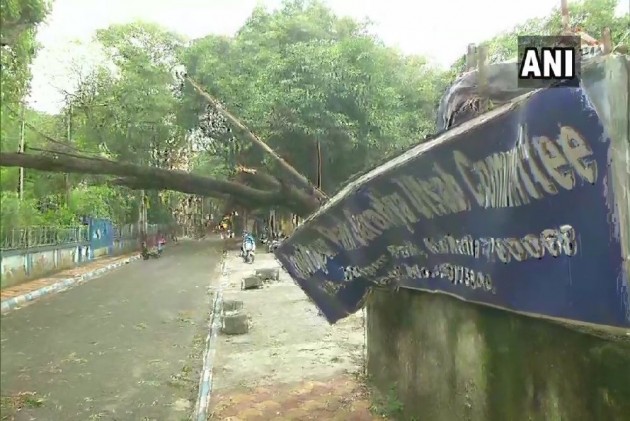 Three people died in West Bengal and Odisha after the 'very severe' cyclonic storm Bulbul weakened into a 'severe' one on Saturday evening, wreaking havoc in the coastal districts of both the states and causing damage to thousands of houses, uprooting trees and affecting hundreds of phone towers, the Union Ministry of Home Affairs said on Sunday.

As the centre of the severe cyclone, Bulbul has moved to Bangladesh, high winds with speed up to 80 km in West Bengal's South 24 Parganas continue to rage there, said the Ministry, citing a preliminary report received from West Bengal and Odisha.

One person died in Basirhat city in West Bengal's South 24 Parganas district when a tree fell on him.

Two deaths were reported from Odisha's Kendrapara district -- one while drowning and the other in a wall collapse case.

A total of 7,815 houses damaged and 870 trees uprooted after the landfall of the cyclone in West Bengal, said the Ministry, adding 950 phone towers were also affected causing power disruption in the state.

"The restoration work of power and telecommunication services has started in West Bengal where one ICDS centre based in Paschim Medinipur district also got damaged."

Odisha's four districts severely affected due to the impact of the cyclone that uprooted several trees and damaged roads as well as communication and power services, the Ministry said.

"Power line restoration is going on on a war footing basis in Odisha. More than 70 per cent connections are already restored and the remaining will be restored by today (Sunday) evening."

The Ministry said that almost all the roads have been cleared of the fallen trees and the traffic flow was normal.

There is a report of extensive damage to crops in Odisha, said the Ministry, adding house and crop damage assessment was going on.

A total of 20 Odisha Disaster Rapid Action Force, six National Disaster Response Force and 226 Fire Services Teams were engaged in the operation and they were helping in the faster restoration of road and power connections, said the Ministry.