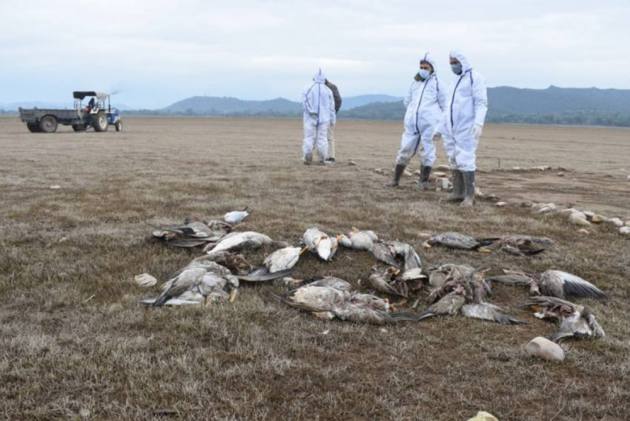 Himachal Pradesh, which witnessed a temporary lull in bird flu cases, has once again reported deaths of migratory birds and this time the bar headed geese seem to be the latest victim of the H5N1 virus.

This development comes just two months after the avian influenza, which ravaged the region, had resulted in the death of over 5,000 migratory birds. Of these, 70 percent were the bar headed geese.

Bird Flu In Migratory Birds Confined To Pong But Spread Will Be Worrying For Himachal: CM

The virus was first confirmed in the state in March, when 14 bird carcasses were spotted on March 25.

“We have collected samples from the carcasses which have been sent for tests in Jaladhar. Only when we get back the reports will we be able to confirm the presence of H5N1 virus,” Sharma said.

Officials believe that there is no cause for concern as most of the migratory birds that visit the Pong Dam wetland every year have already returned to their natural habitats near Tibet, China and Magnolia.

Some wildlife experts are also of the view that the birds which died might have come to the state from wetlands in Punjab, Haryana and Rajasthan.

However, as a precautionary measure, the wetland sanctuary has been closed for visitors.