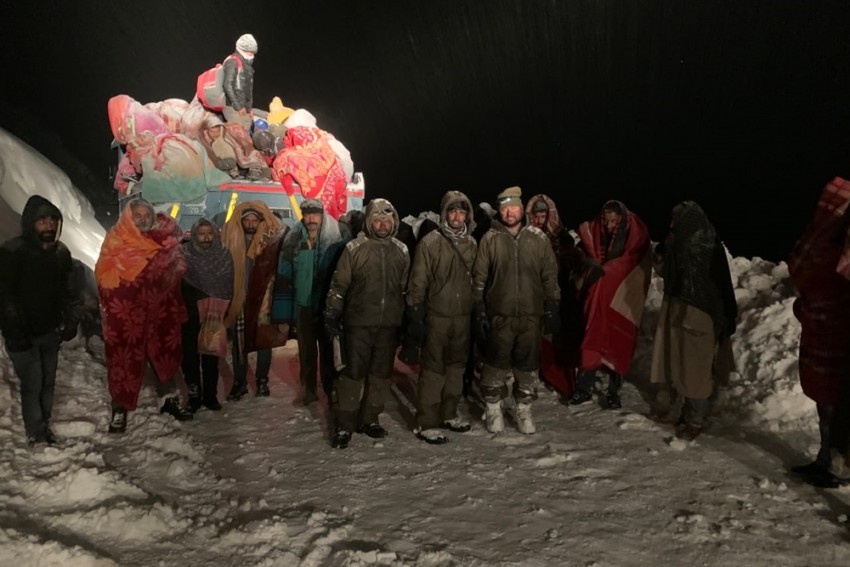 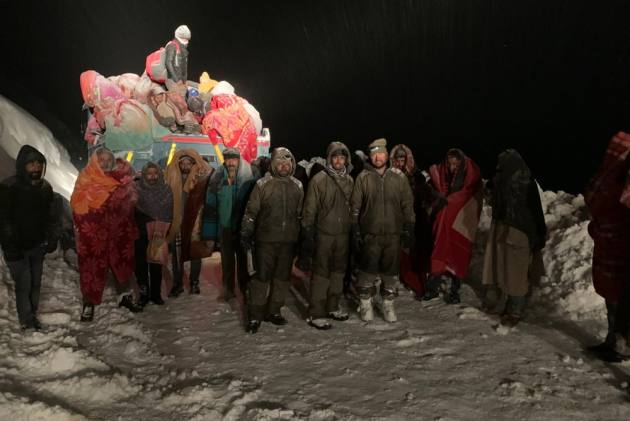 Nearly 244 people, mostly migrant workers, drivers, and others who got stranded on the Manali-Leh highway were rescued following heavy snowfall. It took 35 hours for the civil administration with the help of the army, BRO and other emergency rescue teams, including police and home guards to rescue the people at a height of 16,500 feet in Lahaul Spiti, deputy commissioner Pankaj Rai said. The temperature in the area had dropped to minus 25 degrees Celsius.

Sources said the stranded migrant labourers, truck drivers, conductors, and others had also run out of food and water apart from facing the bone-chilling cold. They were on their way to Leh after the opening of the strategic Manali-Leh road but their vehicles had broken down got stuck in the snow since April 20.

"We are providing them with a place to stay and arranged food and other necessities for them. Beside migrant labourers, there were many returning home to Leh fearing Covid spread," said Rai, who himself remained on the spot to oversee the rescue operation.

Elsewhere in the state, several roads have remained blocked for the past 24 hours and the crops in districts of Una, Kangra, Solan, Chamba and Sirmaur have also been damaged by torrential rain, said to be one of the heaviest in the past one year.

In Shimla, the citizens woke up to a surprise seeing all roads and rooftops covered under a snow-white blanket which actually was frozen hail. The minimum temperature also dipped to 4 degrees Celsius in Shimla and 5 degrees Celsius in Dalhousie.

Thunderstorms and lightning followed by fiercest hail wreaked havoc in the apple orchards of Rohru, Kotkhai, Chopal, Narkanda and Rampur.

The sudden change in weather resulting in unusual rain, hailstorm and heavy snowfall in Shimla, Kullu and Lahaul-Spiti districts have left the state’s fruit belt completely devastated, even paralysing normal life in most areas of Himachal Pradesh.

The apple plants which the growers had covered with anti-hail nets were destroyed as the protective cover could not withstand the fury of the hailstorm.

Former Shimla mayor and farmers’ leader  Sanjay Chauhan said, “The loss is massive. The crop is totally destroyed at the fruit formation stage. The hail marks are visible on the fruits. Not alone last night, the hailstorm on Thursday was one of the worst we ever have seen,” he said.

What is worse is that most areas in Himachal Pradesh had already been hit by the drought and now extreme weather conditions have come as a double whammy for the Himachalis, struggling as it is with the pandemic.

The fruit orchards in Kullu and Mandi are no exception. The hailstorm and snow have wiped out the crops.

An avalanche hit Lahaul valley on Tuesday causing a road blockade in the area and disrupted Rohtang Tunnel traffic.