The Bench headed by CJI S.A. Bobde said there was an order for a larger Bench to decide the matter, and there was no final word yet. 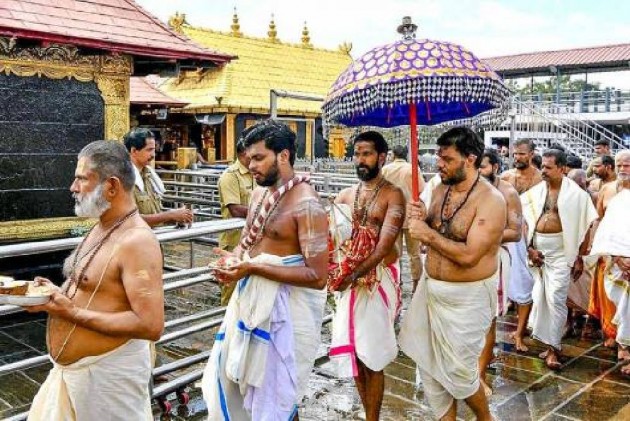 The Supreme Court on Thursday said its 2018 verdict allowing women of all ages into the Sabarimala temple was not the "final word" and the matter had been referred to a larger Bench.

Senior advocate Indira Jaising, representing Bindu A., a woman devotee, alleged her client was attacked and the police refused to help her. She insisted that the September 2018 judgment allowing the entry of women into the temple had not been stayed.

The Sabarimala temple would close soon and her client wanted to visit the temple, Jainsing submitted.

The Bench headed by Chief Justice S.A. Bobde said there was an order for a larger Bench to decide the matter, and there was no final word yet.

The court said it would list the matter next week with other petition, where a woman identified as Rehana Fathima had raised the issues of the entry.

In September 2018, a five-judge Constitution Bench through a majority 4:1 verdict allowed girls and women of all ages to visit the Sabarimala temple insisting on the right to equality.

On November 14, another Constitution Bench, headed by then CJI Ranjan Gogoi, in a 3:2 majority verdict referred the judgment to a seven-judge Bench and also included issues on entry of women to places of worship of other religions.

Also Read: 12-Year-Old Stopped On Way To Sabarimala, Family Proceeds Without Her

Bindu has contended that the police failed to act in time or to give her adequate protection as she was attacked while paying a visit to the temple. "The situation is the same for any woman, aged 10-50 years, who wanted to visit Sabarimala, as there is an atmosphere of fear and lawlessness en route to the temple", she said in the petition.

Bindu had prayed at the Sabarimala temple last year. After her visit, a purification ritual of the temple was conducted by the chief priest.

She equated it with a form of untouchability, as pointed by Justice Dhananjay Chandrachud in his concurring view in the 2018 judgment.

Bindu has urged the top court to direct the Kerala government to respect, fulfil and protect the rights of all women regardless of age to enter the Sabarimala temple without hindrance, particularly by preventing the unruly mobs or individuals from obstructing thier entry to the temple.