'1,922 Rioters Identified With Facial Recognition, Will Not Be Spared': Home Minister Amit Shah On Delhi Riots 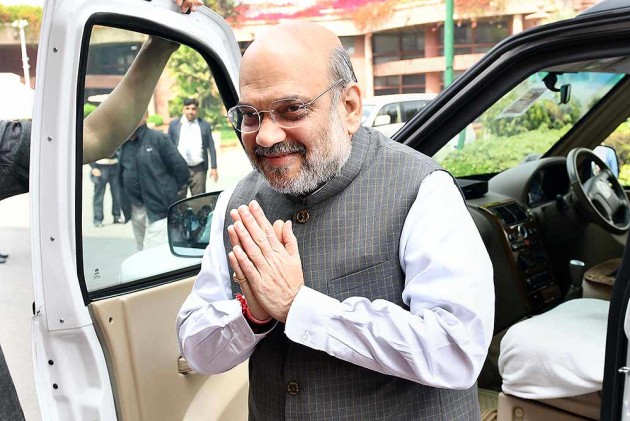 Speaking on the Delhi riots on Thursday, Union Home Minister Amit Shah said the law enforcement agencies  were carrying out investigation in "scientific" manner and the culprits would be brought before the law  irrespective of their caste, religion and political affiliations.

"The culprits, they may be of any religion, caste or party, they will not be spared. They will be brought before the law," he said.

As many as 1,922 rioters have been identified by using facial recognition software, he said adding driving licence, voter ID data are being used in the software.

More than 40 special teams have been constituted to arrest those identified. Moreover, 50 serious cases of murder, attacks on religious places, hospitals, and educational institutions have been handed over to 3 SITs, he said.

Replying to a short duration debate in Rajya Sabha on the riots, he said over 700 FIRs have been registered and more than 2,600 people arrested based on evidence.

The people who have been identified, whose details such as names, addresses and car numbers are with the government, were going to be arrested, Shah said.

Underlining that there was a conspiracy behind the riots, he said money was transferred from within India and from abroad to Delhi and distributed. He said that the government had such information on January 24 itself, when tensions started to rise in the national capital. Shah added that five people have been arrested in this regard.

"No suggestion of calling military was made in all-party meeting on February 25; The riots ended on evening of February 25," Shah said.

Trying to allay fears over the National Population Register (NPR), Shah said no citizen will be marked 'D' or 'doubtful' during the updating exercise and no documents need to be furnished to prove citizenship.

It is not compulsory to provide any information not available with an individual, he said.

Shah gave the clarification during his reply to a debate on communal riots in Delhi which he said were triggered by alleged hate speeches made after passing of the new citizenship law that gave non-Muslim illegal migrants from neighbouring nations Indian citizenship.

"Hate speeches started after CAA came. Muslims are being mislead, no one's citizenship is being taken away," he said adding that, "The anti-CAA protests turned into communal violence."

Earlier in the day, accusing the ruling BJP of unleashing a "communal virus" in India that wreaked havoc, senior Congress leader Kapil Sibal asked the Union Home Minister why registration of FIRs was delayed against perpetrators of hate speeches which he claimed amounted to "a licence to kill".

Initiating a short-duration debate in Rajya Sabha on the recent law and order situation in some parts of Delhi, Sibal Sibal asked Shah why FIRs were not registered against those who delivered hate speeches that "incited" communal violence in Delhi.