6 Children Among 14 Killed In Road Accident In UP's Pratapgarh 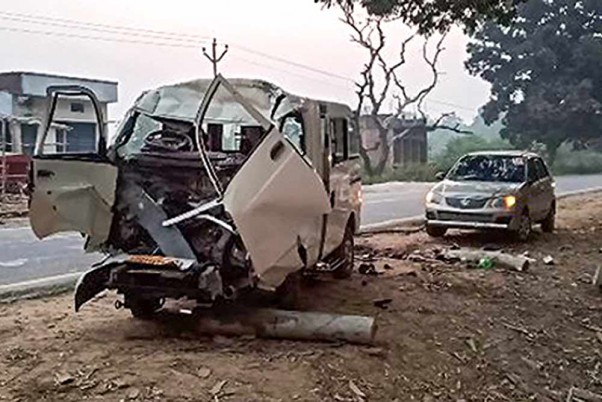 Fourteen people, including six children, died in a tragic road accident in Uttar Pradesh's Pratapgarh after their car rammed a truck on the highway late on Thursday.

The truck had been parked at the side of the highway due to a punctured tyre when the SUV rammed it from behind. According to sources, the family was returning home to their village in Kunda after attending a wedding.

The children who died in the crash were all aged between 7 and 15, the official said. The eight other victims were all men aged between 20 and 60.

Meanwhile, UP chief minister Yogi Adityanath expressed grief over the mishap and directed officials to look into the matter and provide help immediately.