The Centre also said that the Covid situation is stabilising and that states such as Maharashtra, Uttar Pradesh, Gujarat and Chhattisgarh, which were reporting a high number of infections have witnessed a decline 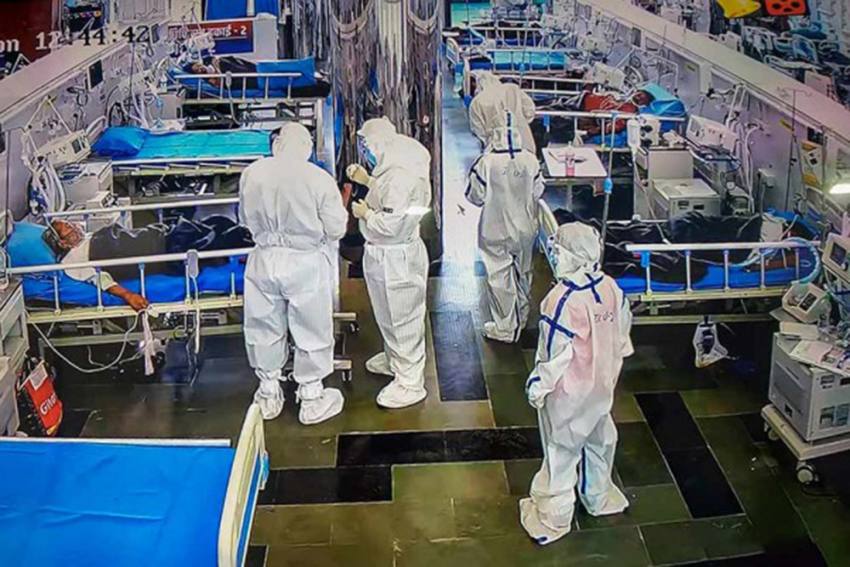 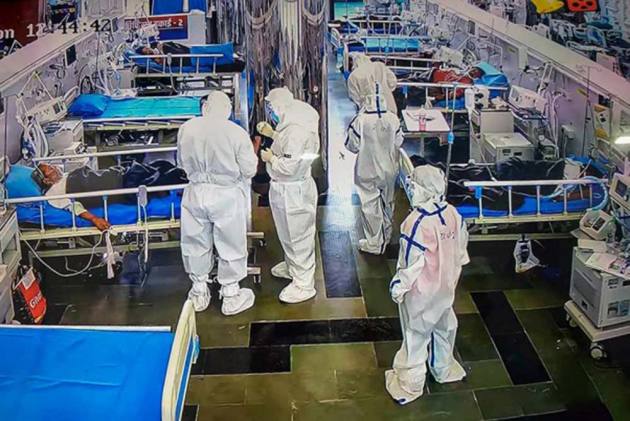 Amid the second wave of the pandemic sweeping across the country, the Centre on Saturday said that 10 states account for 85 per cent of all the Covid-19 infections in the country.

While 11 states and Union Territories have more than one lakh active cases, 17 have less than 50,000 Covid infections, top government officials said on Saturday.

They further added that eight states and UTs have active cases between 50,000 and one lakh.

While addressing a press conference, earlier today, NITI Aayog member VK Paul said that the pandemic situation in the country is starting to stabilise and that the government will work towards ensuring further stabilisation.

The number of people who recovered from the disease increased to 2,04,32,898, on Saturday while the case fatality rate currently stands at 1.09 per cent.

Amid these developments, the Centre said Maharashtra, Uttar Pradesh, Gujarat and Chhattisgarh, which are recording a high number of novel coronavirus cases, are reporting decline in the number of active cases.

Twenty-four states have a Covid-19 positivity rate of more than 15 per cent while Delhi, Chhattisgarh, Daman and Diu, Haryana and Madhya Pradesh have reported a major drop in case positivity, it said.

India’s active cases have reduced to 36,73,802 and comprise 15.07 per cent of the total infections, while the national Covid-19 recovery rate has improved to 83.83 per cent, it stated.

"It is evident that we can see a certain amount of stabilization of the second wave of the pandemic. Some states have shown a clear pattern, in some states there are concerns and in some others there is a trend towards an increase. It is a mixed picture. But overall, the situation is stabilising and we hope and we will work towards ensuring further stabilisation and rapid decline of this pandemic," Paul said.

Lav Agarwal, Joint Secretary, Ministry of Health, said a total of 18.04 crore vaccine doses have been administered so far in the country. This includes 12.74 crore people above the age of 45 years, 1.62 crore healthcare workers, 2.25 crore frontline workers and 42.59 lakh people between the age of 18-44 years who have received their first dose.

Agarwal also said the containment efforts of the government is working and the overall Covid-19 positivity rate in India, which stood at 21.9 per cent last week, has now fallen to 19.8 per cent.

He also spoke of 'e-Sanjeevani OPD' which is a telemedicine platform that facilitates free online medical consultation to all citizens of India, as well as provides for online prescription of medicines.

He said this 'Stay Home OPD' is operational in 28 states and has so far provided over 30,000 consultations by more than 17,000 doctors.

AIIMS Director Randeep Guleria also warned against the spread of mucormycosis and recommended that with Covid-19 cases increasing, it's of paramount importance that protocols of infection control practices are followed at hospitals.

"It is been seen that secondary infections like fungal and bacterial are causing more mortality," Guleria said.

The black fungus infection, also known as mucormycosis, is caused by a fungus called mucor.

Recently, several states have flagged cases of COVID-triggered mucormycosis, especially among patients who are diabetic.

In an advisory released on May 9, the Centre said mucormycosis may turn fatal if uncared for. It also said the fungal infection mainly affects people who are on medication that reduces their ability to fight environmental pathogens.