'India Are A Fierce Team': Aussie Wicketkeeper To Stay Away From Sledging Virat Kohli And Co

Matthew Wade has used sharp words to get into the skin of his opponents in the past, especially in the 2017 ODI series against India. But this time, Australia wicketkeeper is likely to adopt a different approach 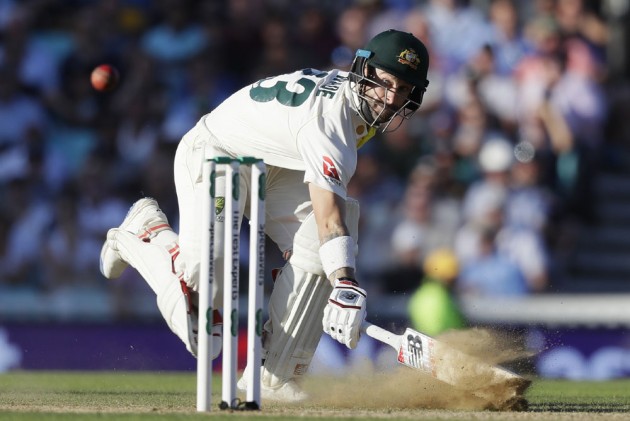 Australia wicket-keeper batsman Matthew Wade on Tuesday said he might stay away from sledging during this year's home Test series against India as he feels Virat Kohli and Co thrive on verbal duels and use it to their advantage. (More Cricket News)

Wade has used sharp words to get into the skin of his opponents in the past, especially in the 2017 India ODI series and also during last year's Ashes.

However, the 32-year-old said he would not want to engage in verbal confrontations with Indian players as it might only spur on the visitors.

"They're a hard team, they use it (sledging) to their advantage very well. Virat is very clever the way he uses his words or his body language. So they use it as an advantage now. To be honest, I don't really want to engage too much into that," Wade told reporters via video conference.

"I know that they thrive off that energy that comes between two players. They're probably as good at doing that as anyone in the world at the moment, so it's something I might stay away from this time."

The four-Test series between India and Australia is scheduled to begin with the first game at Gabba starting December 3. The second, third and fourth Tests are slated for Adelaide Oval (Dec 11-15), Melbourne Cricket Ground ( Dec 26-30) and Sydney Cricket Ground (Jan 3-7) respectively.

Wade, who has played 32 Tests, 94 ODIs and 29 T20Is for Australia, said India are a fierce opponent with a bunch of good fielders.

"I have been luckily enough to play India but I haven't played them in Australia, played them twice in India which is hard work. They are a fierce team," he said.

"They are on your face, they have alert fielders which probably India haven't been renowned for in 20 year period, they are up and about all the time when you are batting."

India's pace attack has thrived under Kohli in the last few years and Wade also pointed out that fast bowlers will be India's potent weapon in Australia.

"They have fast bowlers as well that has come through in the last 4-5 years, so it will be interesting playing India in Australia and probably their pace is their big weapon when they come here ...it will be a great challenge for the group," he said.

Confined to his home due to the coronavirus-forced lockdown, Wade said he wants to make it to the limited overs team if Australia's proposed tour of England in September goes as per schedule.

However, Wade knows he might miss out if Glenn Maxwell returns to the team.

"I'd love to be on that tour. I'd say Glenn would come back into that team, he's one of the best players in the world at T20 so he'll come back in at some stage," said Wade, who will return to training with Tasmania this week after undergoing a knee surgery in May.

"I see myself as that spare player, the spare batter, the spare keeper ... so that's what I'm probably striving to maintain."