Dr Srinivas Ramachandra Siras, 64, who had recently fought against his unlawful and unethical suspension from AMU on the grounds of “gross indecency” -- being gay-- is found dead. 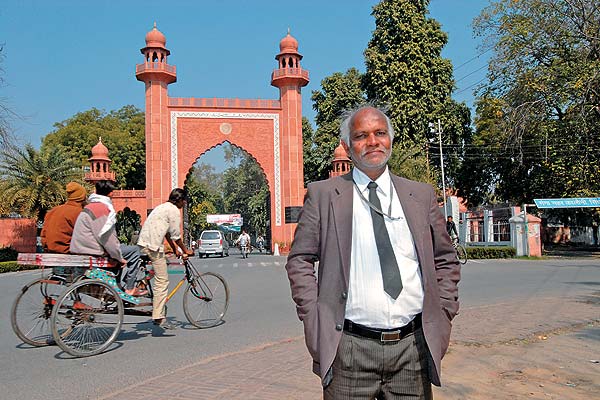 News reports on several media channels have just reported the death of Dr Srinivas Ramachandra Siras, 64, Reader and Chair of Modern Indian Languages at Aligarh Muslim University. According to reports, Dr Siras’ body was found “in mysterious circumstances” with bleeding from the mouth in his home in Aligarh.

Dr Siras, as is known, had recently fought against his unlawful and unethical suspension from AMU on the grounds of “gross indecency”. After decades of teaching, he was suspended merely a few months before his retirement on the basis of videotapes filmed by intruders into own home without his consent in a blatant and homophobic violation of his privacy. Right after, he said: “I have spent two decades here. I love my University. I have always loved it and will continue to do so no matter what. I wonder if they have stopped loving me because I am gay.”

Dr Siras’ suspension had provoked outrage from countless citizens, teachers, and community members across the country. He had challenged the AMU administration in the Allahabad High Court. Just this past week, the Court stayed his suspension and his unlawful removal from his official accommodation. Dr Siras said, “I am happy because I have been judged in a wrong way. I have already said that I am gay. I am the same man, with the same qualifications, with the same features and personality. Now I can go back to my beloved University.”

We, as concerned citizens, members of the Independent Fact Finding Committee and, for many of us, as gay, lesbian, bisexual and transgendered Indians ourselves, express our shock, outrage and deep sadness at the loss of a teacher, a loyal member of the AMU community, a gay man, and a kind, gentle soul.

Since the death of Dr. Siras has taken place under suspicious circumstances, and he has made powerful enemies in the recent past:

That Dr Siras had to undergo the trauma, fear, harassment and humiliation in his own beloved University in what would turn out to be his last weeks is condemnable. If these events and that trauma are in any way linked to his death, then all actors involved must be held culpable.

Beyond Law And Order