The victory of the Rafaela Silva was a symbol of change the favela has undergone in recent years. 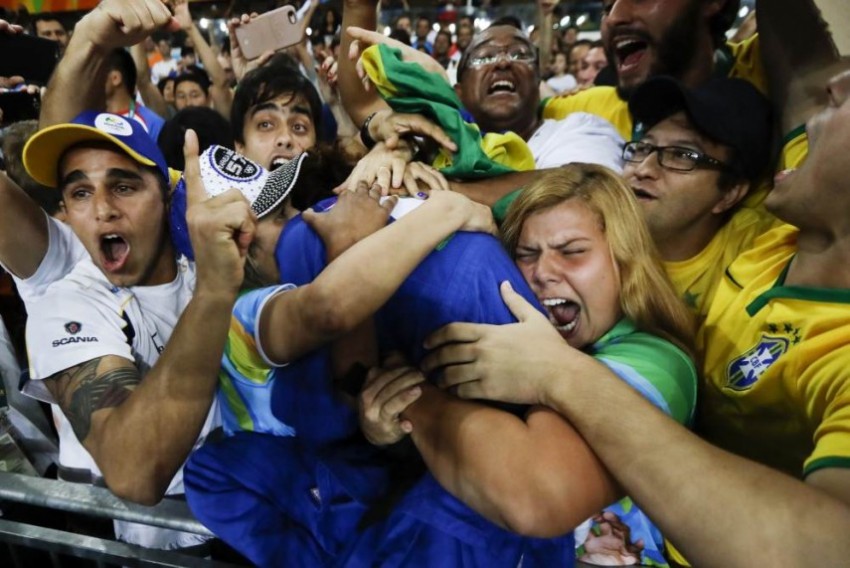 In this file photo, Brazil's Rafaela Silva, center, celebrates with supporters after winning the gold medal of the women's 57-kg judo competition at the 2016 Summer Olympics in Rio de Janeiro, Brazil.
AP Photo/Markus Schreiber, File
Shobhan Saxena August 10, 2016 00:00 IST In Life And At The Games, 'City of God' Strikes Gold 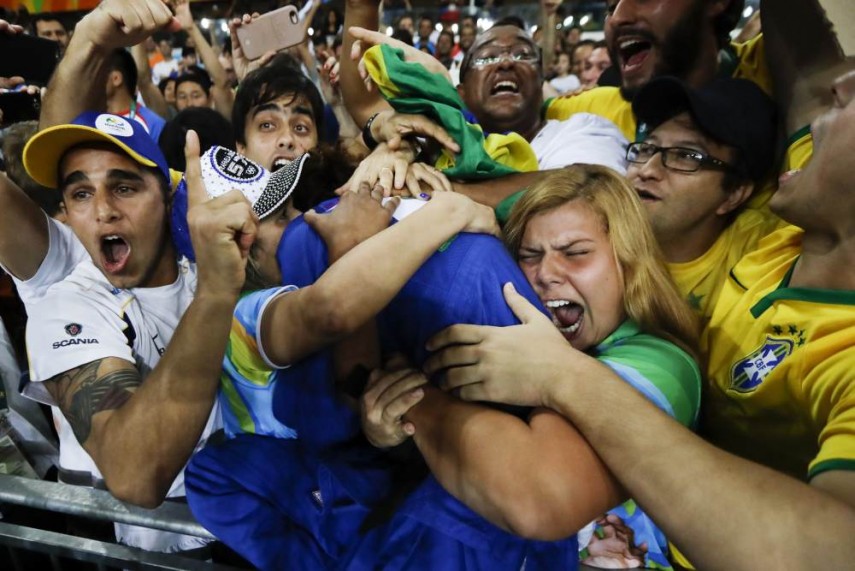 On Monday night, when Rafaela Silva won the first gold for Brazil in the ongoing games, it was a big symbolic moment – for the athlete as well as the host country of the games. On the personal front, it was a great comeback for the 24-year-old judoka who was disqualified at London 2012. For Brazil, it was a great moment too as Silva, a black woman born in Rio’s most notorious favela Cidade de Deus (City of God), was the first local athlete to stand on the podium with a gold medal around her neck.

Born in the favela on the fringes of Rio’s western periphery, Silva was sent to a judo club by her father as he wanted to save her from drugs and crimes which ravaged many young lives in the neglected area. When she was six, the family left the favela as they wanted to get out of the sinkhole the City of God was at that time.

Made globally known by Fernando Meirelles’ film of the same name, City of God cropped up more than 40 years ago on a dusty patch of land as poor migrants built their shacks to escape the sun and roaming beasts. Forgotten by the state, the slum was overtaken by violent gangs, which provided basic things like water and gas to the people and robbed them as well. Cops came in occasionally – only to unleash more violence on the poor. In the 1980s, City of Gods became a living hell.

But things have changed a lot in the favela in the past few years. In February 2009, the city government set up a Police Pacification Unit in the notorious slum spread over 135,000 sq metres. Designed as a pacification plan under which the cops, trained in sociology and social welfare, work with the local community to provide social services after criminals have been driven away by Special Forces, often after a bloodbath.

With the drugs and criminals more or less gone, the local people took control of their lives. Today, they run many projects like cheap restaurants, their own banks and even a currency that is used by poor people to take loans from a cooperative that helps new entrepreneurs. It all became possible because of direct cash transfer schemes like Bolsa Familia, introduced by President Lula’s government in 2003.

The slum has undergone change, but the film City of God still remains very representative of what’s wrong with the country: social divisions, hidden racial tensions and the dangerous cocktail of drugs and guns. Meirelles’ hard-hitting story showed a mirror to the Brazilian society, especially its upper crust which has always lived in denial of the country’s social tensions. This film did to Brazil what Slumdog Millionaire brought to India: a lot of international fame and attention along with the exposure of its dark underbelly.

But changing times and big social changes in the country has made the middle-class Brazilians more appreciative of the film and its director. The opening ceremony of Rio 2016 was created by Meirelles, who managed to show the country’s diversity and various threads of its social fabric to a global audience. It was a vindication of his vision – often disturbing -- of Brazil. For Silva, the judoka who continued to pursue her dream despite a barrage of racist slurs on social media after her London exit, it was a vindication of her belief.

And for Cidade de Deus, the victory of the Brazilian judoka was a symbol of change the favela has undergone in recent years.