In his complaint to Umrala police, Pradip's father, Kalubhai Rathod, claimed that some upper caste Rajput men held a grudge against his son after he bought a horse recently. 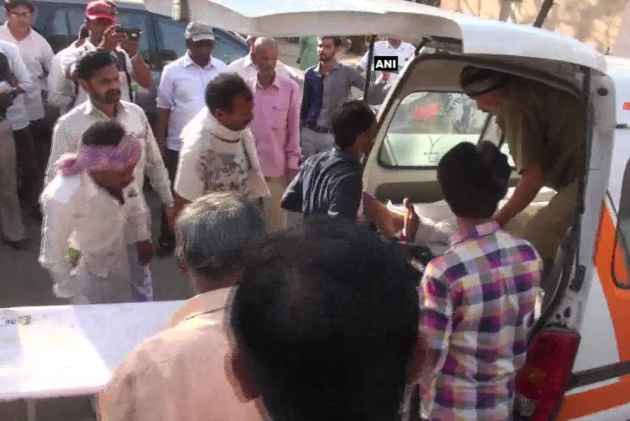 A Dalit youth was allegedly killed in Bhavnagar district by upper caste men for owning and riding a horse, police said.

Pradip Rathod (21) was killed yesterday evening at Timbi village of Umrala taluka in Bhavnagar district and three suspects have been detained for questioning, A M Saiyad, Deputy Superintendent of Police of the Bhavnagar SC/ST Cell said.

"We have detained three persons for questioning. We have also acquired some CCTV footage showing Pradip on his horse before his dead body was found. We are probing this case from different angles, including an old rivalry or a love affair" said Saiyad.

In his complaint to Umrala police, Pradip's father, Kalubhai Rathod, claimed that some upper caste Rajput men held a grudge against his son after he bought a horse recently.

Bhavnagar (Gujarat): 21-yr-old Dalit man, named Pradeep Rathod, killed, allegedly because he rode a horse. Rathod's father got him the horse last month, many villagers objected to him riding it & threatened him to not do so. He was killed on Thursday,Police has arrested 3 accused pic.twitter.com/YmuQXHvKkI

He claimed that these men had threatened to kill Pradip if he didn't sell off the horse.

His complaint stated that Pradip was killed using sharp weapons by some Rajput men when he was returning home from his farm on his horse yesterday evening.

One Natubha Darbar of Timbi village and some other unidentified persons have been shown as accused in the FIR, police said.

After taking over the probe from Umrala police, Saiyad today said that three persons had been detained.