Journalist Abhijit Iyer-Mitra is in the eye of a storm for a series of tweets and statements that make fun of Odisha, its people and some of the revered symbols of Odia pride like the Sun Temple and the Lord Jagannath temple in Puri. 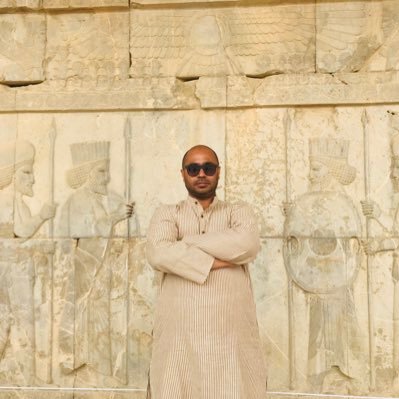 Jay Panda must be ruing his decision to host his ‘friend’ Abhijit Iyer-Mitra for a trip to Odisha. The Delhi-based journalist is in the eye of a storm for a series of tweets and statements since last Saturday that make fun of Odisha, its people and some of the revered symbols of Odia pride like the Sun Temple and the Lord Jagannath temple in Puri. Odia Twitteratti also ferreted out some of his earlier tweets on Odisha, its people and its culture to aim barbs at him.

Even after the controversy over his statements broke, an unapologetic Iyer-Mitra continued to poke Odias of all kinds – journalists, laymen and even MLAs – and gave the distinct impression that he was enjoying the sudden attention, even if much of it was in the form of outrage and condemnation. In one of his tweets after the uproar on Tuesday, the irreverent journalist addressed his critics in the state as “Dear purchased presstitutes and paid ‘outragers’”. As if that was not bad enough, he called MLAs of Odisha, who had raised the issue in the Assembly earlier in the day, ‘buddhu’ in an interview to Odia news channel News 7 on Wednesday. Clearly, he was having some ‘fun’ at the expense of Odias.

Things got hot enough for a privilege motion against him moved by Opposition leader Narasingha Mishra to be admitted and a six-member House Committee headed by Mishra formed by Speaker Pradip Amat in the Assembly on Thursday to probe the charges of hurting Odia sentiments against him. Working journalists too met Chief Minister Naveen Patnaik, Speaker Amat and Opposition leader Mishra to register their protest at the disparaging comments against them made by the Delhi journalist and demanding action against him. Even his host Jay Panda was forced to condemn it in a video post on his timeline in the social media on Wednesday.

The ‘fun’ part, however, ended when Iyer-Mitra was arrested by Odisha police in New Delhi in a case under Sec 295 A (hurting religious sentiments) today. He was later released on bail after being produced in a Delhi court today. Sources in Delhi said two police officers from Puri and Konark police stations in Odisha had gone to Delhi to arrest him with the help of Nizamuddin police. But no one here is sure where exactly the case was filed and by whom. Police officers are tight-lipped about it for reasons that can only be speculated on. Even after getting bail, however, the journalist cannot breathe easy any time soon since the Assembly may issue summons to him on the privilege motion adopted against him anytime in the next few days.

Support for Iyer-Mitra has come pouring in on social media since his arrest today with most people positioning it as a case of violation of the freedom of expression and condemning Odisha police for his arrest. Journalist Aarti Tikoo Singh, who accompanied Iyer-Mitra on his Odisha trip, was among the first to react saying; “This is the other side of Indian democracy where religious sentiment supersedes and prevails over all other fundamental rights.”

Many people have termed it as the ‘end of humour and satire’ while others suspect that the real target of the action is Jay Panda, who has been at loggerheads with the government and the ruling party since falling out with Naveen Patnaik. The common refrain is Iyer-Mitra is being targeted by the Naveen Patnaik government after it failed to nail in Panda in the case if ‘flying low’ over ecologically sensitive Chilika Lake last Saturday. [Iyer-Mitra and Aarti Tikoo were in the chopper with Jay.] If Iyer-Mitra’s action was stupid, what the Odisha government has done is even more stupid.

While there is no reason to disbelieve Iyer-Mitra when he was only being satirical in making the comments he did, he may have unwittingly crossed the line somewhere. His Bengali and Tamil connections may well have had a role in hurting the ‘sentiments’ of Odias, who haven’t spared even their own like singer Sona Mohapatra in the past for the same, taking umbrage.

But there is little doubt that the police action of arresting him is hugely disproportionate to his alleged ‘crime’. May be even the police know that the case against him would not stand scrutiny in a court of law. But the idea obviously is to harass him and for his ‘audacity’ and teach Jay Panda a ‘lesson’ for hosting him!