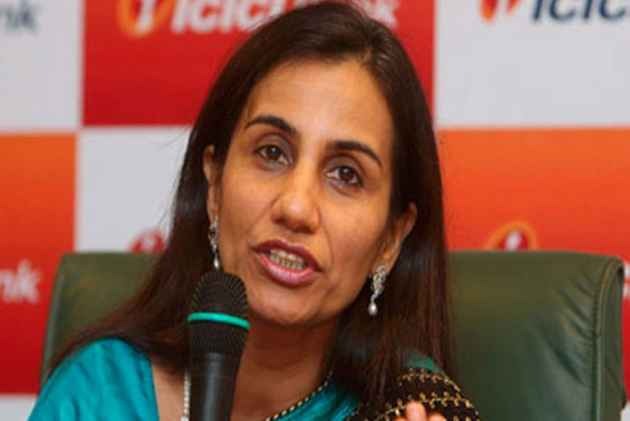 Facing allegations of wrongdoing in the loan extended to Videocon Group, ICICI Bank MD and CEO Chanda Kochhar has pulled out of the annual session of FICCI Ladies Organisation (FLO) to be held this week, where she was to be felicitated by President Ram Nath Kovind, according to the organiser.

Kochhar was to be the Guest of Honour at the April 5 event and flyers sent out last month mentioned her name prominently.

However, the revised ones sent out today did not carry her name.

"She was the guest of honour but she has backed out from the programme. So now she is no longer coming for the event," FLO Executive Director Rashmi Sarita told PTI.

Sarita, however, did not say as to why Kochhar has pulled out.

"Yes, she was to be (felicitated), she was also the guest of honour. She just pulled out from the programme," she added.

FLO is the women business wing of the industry association, the Federation of Indian Chambers of Commerce and Industry (FICCI).

The CBI has launched a preliminary investigation into Rs 3,250 crore loan ICICI Bank had extended to Videocon in 2012 and the role of Kochhar's husband -- Deepak Kochhar.

Reports have alleged that Videocon chairman Venugopal Dhoot invested Rs 64 crore in Nu Power Renewables, a firm owned by Deepak Kochhar after Videocon secured a loan from a consortium of banks, including ICICI.

ICICI, India's third-largest lender, has denied any wrongdoing in the loan, saying it was part of a consortium of lenders that extended the facility to Videocon. It also backed Kochhar saying "there is no question of any quid pro quo/nepotism/conflict of interest as is being alleged in various rumours".

Asked about the reasons for Kochhar pulling out at the last moment, Sarita said she was not sure as Kochhar's office called the day before yesterday and said that she will not be able to grace the event. Thereafter, Kochhar's name was removed from the list.

The CBI has registered a Preliminary Enquiry and has questioned few ICICI bank officials in the loan issue.

Agency officials said they are also studying relevant documents of the transaction and the Kochhar couple can be summoned for questioning if any evidence of wrongdoing comes to light.

They said the statements of nodal officers of the ICICI Bank, who were part of processing the loan of about Rs 3,250 crore, have been recorded as part of the PE registered six weeks back.

A PE is a precursor before the agency lodges an FIR to probe criminal charges on the basis of evidence collected during the former exercise.

"President Ram Nath Kovind will be the chief guest and deliver the keynote address at the 34th Annual session of FICCI Ladies Organisation (FLO) the women business wing of the Federation of Indian Chambers of Commerce and Industry (FICCI) on April 5, 2018, in New Delhi. Chanda Kochhar, MD & CEO of ICICI Bank will be the Guest of Honour," a statement issued by FLO had said on March 31.

Toyota Yaris TRD - Will This Sportier Version Launch In India?