Everything you need to know about the tournament. 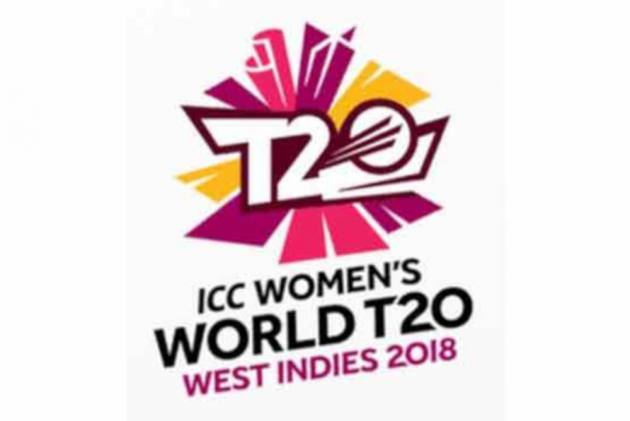 The 16-day tournament will feature 10 teams, including India. The Harmanpreet Kaur-led outfit will look to become the first Indian side to lift the trophy. India's best result in the tournament were semi-final appearances in the first two editions, in 2009 and 2019.

Organised by the sport's global governing body, the International Cricket Council (ICC), the tournament is, in common parlance, the women's Twenty20 cricket world cup. The first two editions were held in successive years, in 2009 and 2010, before making it a biannual event.

Eight teams competed in the first three editions, but it has since become a 10-team affair.

As in the previous editions, 2018 ICC Women's World Twenty20 will follow the simple two-group round-robin format, with two group toppers qualifying for the semi-finals.

The Windies are also the defending champions, and they have previously hosted the tournament in 2010. The first tournament was played in England in 2009 and they won it as the host – the only team to have achieved the feat.

But, Australia are the most successful team in the history of the tournament, winning it three times in succession –2010, 2012 (in Sri Lanka) and 2014 (in Bangladesh).

Two top teams from each group will qualify for the semi-finals.

A total of 23 matches will be played in three stadiums across three islands in the Caribbean.

Guyana National Stadium (Providence Stadium), at Providence in Guyana, will host 11 matches, including the tournament over between India and New Zealand.

Darren Sammy Cricket Ground at Gros Islet, Saint Lucia will host nine matches, while Sir Vivian Richards Stadium at North Sound, at Antigua and Barbuda, will host the big three matches – both the semis and the final.

For the record, none of these three venues are alike.

The hosts remained unbeaten in the tournament, including victories over India, Sri Lanka and Pakistan in Group B before beating Australia and New Zealand in the semi-final and final respectively. In the Lord's final, England beat the Aussies by six wickets in a low-scoring match.

England wicket-keeper Claire Taylor won the Player of the Tournament award mainly for her batting exploits. She scored 199, one run shy of tournament top-scorer Aimee Watkins of New Zealand. England leg-spinner Holly Colvin was the top wicket-taker in 2009 with nine scalps.

Thanks to an all-round effort, England beat New Zealand by six wickets, chasing down 85 with three overs to spare. Katherine Brunt, who registered 3/6 with two maiden overs was the Player of the Match.

India's performance: India lost to England by 10 wickets, then went onto beat Pakistan and Sri Lanka by identical five wickets to qualify for the semis as the second placed team from the Group B. But they lost to New Zealand in the semis by 52 runs.

First of Australia's back-to-back three titles came in 2010 at the expense of their Trans-Tasman neighbours New Zealand. The Kiwis returned home runners-up for the second successive time even as defending champions England failed to escape the group stage, finishing third behind Australia and the Windies.

Australia remained unbeaten with wins over England (via Super Over), South Africa and the Windies, and India in the semis and the Kiwis in the final. Kiwi all-rounder Nicola Browne was adjudged the Player of the Tournament, while compatriots Sara McGlashan was the top scorer with 147 runs. Browne shared the top wicket-takers owners with Diana David of India with nine scalps each.

In a dramatic final, Ellyse Perry the legend was born. She defended 14 runs in the final over as Sophie Devine failed to score five off the last ball. Perry, also an Australian international footballer, used her foot to stop Devine's ferocious straight drive to stop it for only a single. With bowling figures of 3/18, she won the Player of the Match award.

India's performance: India qualified for the semis, as the second-placed team from their group B, again. They lost the Kiwis by nine wickets, then beat Pakistan by nine wickets and Sri Lanka by 71 runs. In the knock-outs, India lost the Aussies by seven wickets.

Sri Lanka 2012 — Another last-ball win for the Aussies

Australia opened their title defence by beating India by eight wickets, then beat Pakistan by 25 runs in D/L Method. But they lost to England in the final Group A match by seven wickets. In the semis, they defeated the Windies by 28 runs. After posting 142/4, Erin Osborne defended 16 runs in the final for their second title. But their star was Player of the Match Jess Jonassen, who took three wickets for 25 runs. She was also the top scorer of the match with a 34-ball 45.

Tournament's top scorer Charlotte Edwards of England was adjudged the Player of the Tournament. She scored 172 runs, while Aussie pacer Julie Hunter won the highest wicket-takers honours with 11 scalps.

India's performance: India lost all their group matches, against Australia, England by nine wickets and Pakistan by one run. India came close to completing a treble of wins over their neighbours, but Pakistan captain Sana Mir defended 14 runs.

For the first time, the tournament featured 10 teams with hosts Bangladesh and Ireland made their respective debuts. Australia beat England for in the repeat of 2012 final to complete their hat-trick.

Aussies started their title defence on a losing note, suffering a seven-run defeat to New Zeland in a Group A match. But the star-studded team, boasting the presence of Perry and Meg Lanning, soon produced stunning performances to roll over South Africa by six wickets, Ireland by 78 runs and Pakistan by 94 runs. They then beat the Windies by eight runs in the semis. In the final, they overwhelmed England by six wickets, chasing down a target of 106 runs with 29 balls to spare. Pacer Sarah Coyte, who took three for 16 runs won the Player of the Match award.

England all-rounder Anya Shrubsole, who was tournament's highest wicket-taker with 13 wickets, was adjudged the Player of the Tournament, while Lanning top-scored with 257 runs. She also scored a hundred (126 off 65) against Ireland.

India's performance: India failed to make the knock-outs, finishing third in Group B. But they managed to qualify for the next 2016 edition, which India would go on to host, after defeating Pakistan by six runs in their Qualification Play-off. It was their second win over Pakistan in the tournament. India lost the first two matches, to Sri Lanka by 22 runs and England by five wickets. Then, they went to beat Bangladesh by 79 runs and the Windies by nine wickets, before avenging their one-run defeat to Pakistan in the previous edition. They finished third behind England and the Windies in the five-team Group B.

India hosted the tournament but faltered again, failing to move past the group stage – for the third successive edition. But the Windies completed a rare treble, winning the Under-19 Cricket World Cup, Men's World T20 and the Women's T20 in the same. After the juniors lifted the U-19 trophy earlier in February by defeating India in the Dhaka final, the senior teams conquered the world on the same day, on April 3 at Kolkata.

Windies, after three semi-final defeats, won the title in their first ever final appearance. In a repeat of last edition's semi-final, the Windies shocked the defending champions Australia at Eden Gardens by eight wickets. Chasing Australia's 148 runs, Windies captain Stafanie Taylor (59 off 57) and her opening partner Hayley Matthews (66 off 45) produced a scintillating 120-stand in 15.4 overs to set up an easy win. Matthews, who also took the wicket of Aussie opener Alyssa Healy in the second over, won the Player of the Match award.

Hours later a certain Carlos Brathwaite hit Ben Stokes for four sixes in a whirlwind final over when the Windies needed 19 runs to win the title with two balls to spare.

Windies' only blemish in the tournament was a one-wicket loss to England in a Group B match. They finished second in the group behind undefeated England, with three wins and a lone defeat. They beat Pakistan, Bangladesh and India in the group stage. In the semis, they beat New Zealand by six runs in a final-over thriller.

Windies captain Taylor, who top-scored with 246 runs and took six wickets, was adjudged the Players of the Tournament, while three players – Leigh Kasperek and Sophie Devine, both of New Zealand and Deandra Dotting of the Windies – shared the wicket-takers' honours with nine wickets each.

India's performance – India finished fourth, just above Bangladesh, in Group B. They beat Bangladesh by 72 runs, then lost the remaining three games to Pakistan by two runs via D/L Method, England by two wickets, the Windies by three runs.

Most sixes: 17 by Deandra Dottin of the Windies

Most dismissals by a wicketkeeper – 20 each by Rachel Priest of New Zealand and Sarah Taylor of England.

Highest aggregate: 333 between the Windies and South Africa at Basseterre on May 5, 2010.

Most matches: Aussie pairs of Alex Blackwell and Ellyse Perry have played 26 matches each (2009-2016). Charlotte Edwards of England has played the most matches (24)

All 23 matches will be broadcast live in more than 200 countries. According to the ICC, the courage to give a wider viewership came from the success of last year's ICC Cricket World Cup which broke all viewership records with 180 million people watching the final. Mind you, India were one of the finalists. That pretty much sums up everything.

ICC further revealed that 19 broadcast partners confirmed for the event. And they are:

DD National will telecast all India matches. And interestingly, the semi-finals and final will be broadcast live in China by Star Sports.