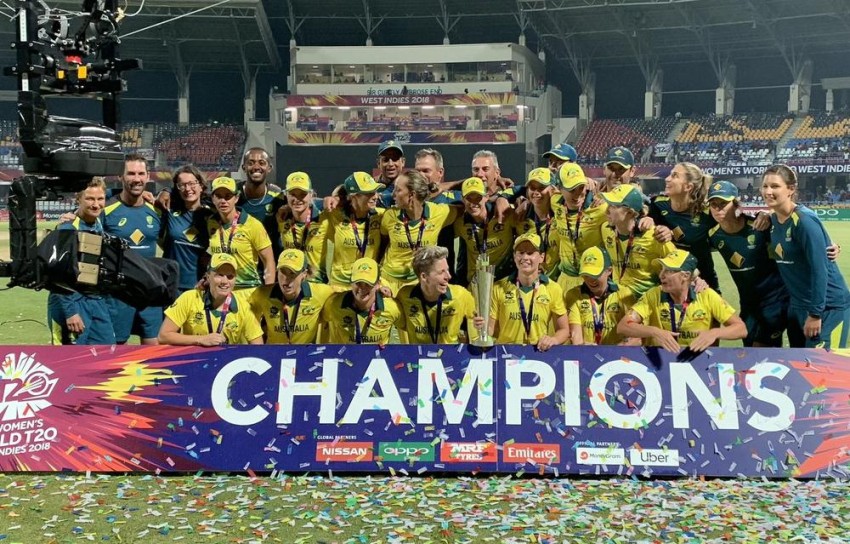 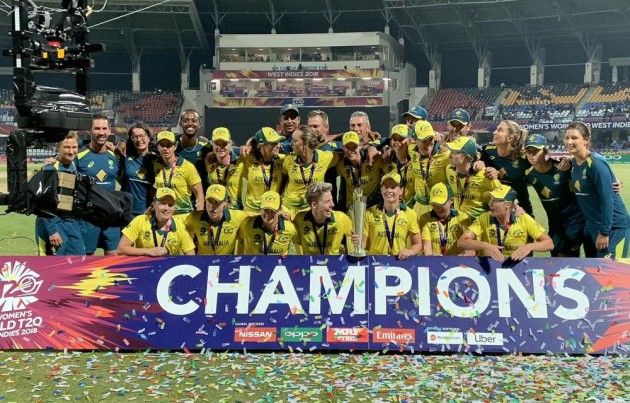 England faltered with the bat after winning the toss, struggling to 105 all out in 19.4 overs with opener Danielle Wyatt (43) being the top-scorer.

Chasing a comfortable target, Australia raced to victory in 15.1 overs with Gardner and captain Meg Lanning remaining unbeaten on 33 and 28 respectively.

Interestingly, England had also mustered 105 against Australia in the final of the 2014 edition and even on that occasion, the team from Down Under cruised to a famous win.

With another emphatic win on Saturday, Australia extended their dominance in the showpiece event of the shortest format, lifting their fourth trophy in tournament's sixth edition. Australia are also the most successful team in ODI World Cup with six titles.

However, Australia had not win a major event since their World T20 triumph four years ago, making Saturday's triumph sweeter.

Their sole loss in the tournament came against India in the group stage before they bounced back to beat the West Indies in the semifinals.

Lanning, who hit the winning run, said being outplayed by India did not affect the team's morale heading into the knock-outs.

"The last two World Cups really hurt and we had to change a few things and move it forward. The group embraced it and it was a very satisfying win. The loss against India did not rock us - maybe a couple of years before it would have rocked us - but we were very calm," said Lanning.

England, who downed an in-form India in the semifinals, had a forgettable day and their captain Heather Knight defended the decision of batting first.

"I thought it was a much better pitch than the semifinal. It skidded on a lot more. Dani (Wyatt) started really well. We just lost wickets at the key time and we lost momentum and we didn't put a competitive total on the board. We thought there will be bit of dew but it skidded on more than what we anticipated," said Knight.

"We didn't probably adapt to the conditions as good as we could have. Australia were a better team than us today, congratulations to them. Now, we got massive Ashes series to look forward to," she added.

For her all-round show, Gardner was named Player of the Match and Alyssa Healy collected the Player of the Series award from the great Vivian Richards.

The final was expected to be a tense contest between the arch-rivals but Australia had it under their grasp ever since Schutt removed Tammy Beaumont in the fourth over.

Wyatt played a solid knock but did not get the support from the other end as wickets kept falling at regular intervals.

In the chase, Australia lost openers Healy (22) and Beth Mooney (14) for 44 runs before Gardner and Lanning shared an unbeaten 62-run stand to fashion a memorable win.