If I Become Prime Minister, I Would Resolve Kashmir Issue: Gurmehar Kaur

Interating with J&K audiences, comprising journalists, artists and students, for the first time in Srinagar, Kaur read out excerpts from her maiden book ‘Small Acts of Freedom’. 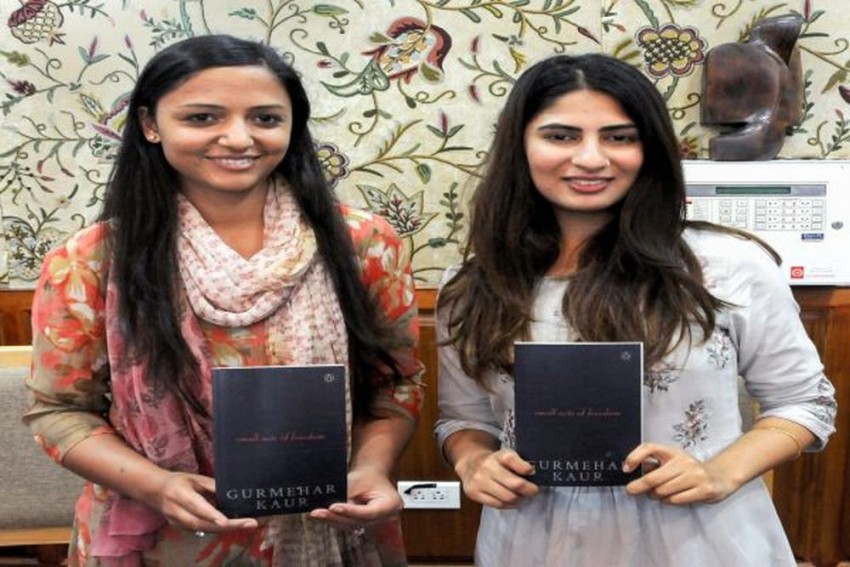 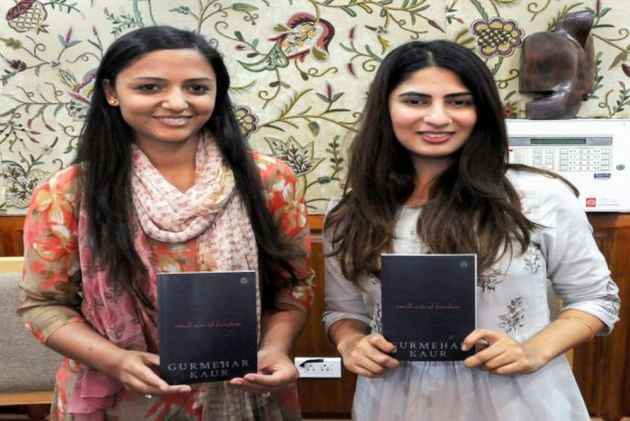 Peace activist Gurmehar Kaur on Saturday said if she becomes the prime minister, she would resolve the Kashmir issue.  She, however, didn’t specify what would be her solution to the  decades-old problem.

Interating with J&K audiences, comprising journalists, artists and students, for the first time in Srinagar, Kaur read out excerpts from her maiden book ‘Small Acts of Freedom’.

She read out the last chapter of her book, which is set in Kashmir.  It was followed by a lively interaction with JNU student and prominent activist Shehla Rashid.

The discussion led to the unravelling of the story of how this book came into being and  how Kaur's childhood experiences shaped her struggle. Her main concern remained the dehumanisation of the lives affected by conflicts, irrespective of the side to which they belong to.

One of the highlights of the event  was Kaur's response to a hypothetical question on her priorities as a PM, to which she replied: “from a purely humanist perspective, I’d like to resolve the Kashmir issue so that no child in the future is separated from his/her parents and no mind is brought up in the climate of hatred”.

Speaking about the participation of young people in politics, Kaur said it is the need of the hour for them to come to politics and shape the destiny of country.

“The older generation has messed up things, so my faith lies in youth of the country and their ability to salvage the present,” she said.

Kaur is currently working on her second book revolving around youth in politics.

Rashid, herself a Kashmiri, hailed the courage and tenacity of Kaur, who has been facing online violence for her stances.