The win helped East Bengal climbed to fifth place with 12 points from four wins and three defeats after seven matches. 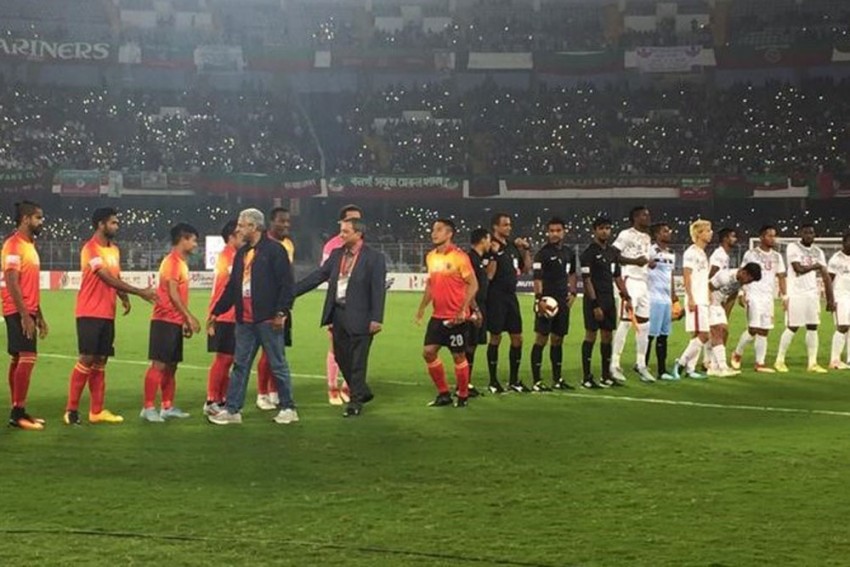 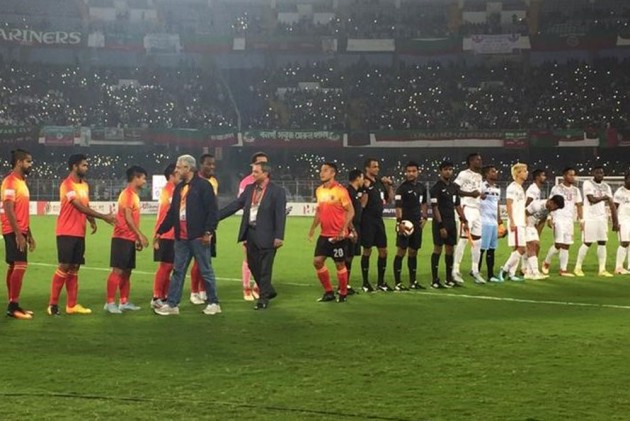 In a thrilling Kolkata derby match of the 2018-19 I-League, East Bengal rode on Laldanmawia Ralte's brace to beat 10-man Mohun Bagan 3-2 in the city's Salt Lake Stadium on Sunday.

The win helped East Bengal climbed to fifth place with 12 points from four wins and three defeats after seven matches. Meanwhile, Bagan dropped to eighth with nine points after an equal number of matches. They have won two, drew three and lost two so far.

Bagan started strongly with Azharuddin Mallick scoring the first goal in the 13th match. Ralte equalised for the hosts in the 17th minute. Jobby Justin scored at the stroke of half-time to give East Bengal a 2-1 lead.

Bagan captain Kingsley Obumneme got his second yellow card in the 59th minute for grappling Justin. And the visitors were reduced to 10 men with more than 30 minutes' play left in the match.

It took only a couple of minutes for the hosts to take advantage as Ralte scored his second in the 61st minute for a 3-1 lead.

Dipanda Dicka scored Bagan's second goal in the 75th minute, but it was not enough.

Next, Bagan face defending champions Minerva in an away fixture on Wednesday, while East Bengal face Churchill Brothers the following day in Vasco da Gama, Goa.

India's Tour Of Australia: Virat Kohli Stamps His Authority Down Under