"What I have put in this book though is an analogy with 1900 which really is a sort of a neglected moment in our thinking right now. But it was in that moment that we can document step changes in the scale and range of today what we would call globalisation." 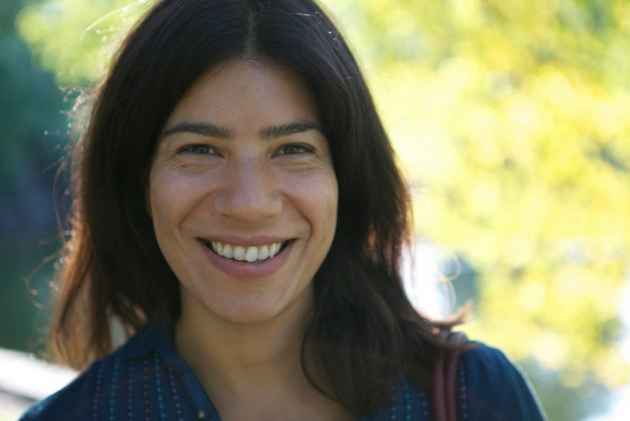 Historian and writer Maya Jasanoff’s new book, The Dawn Watch: Joseph Conrad in a Global World is a remarkable account of the Polish-British writer's life and times. Jasanoff takes the themes of Conrad’s four biggest works—The Secret Agent, Lord Jim, Heart of Darkness and Nostromo—and relates them to the issues the world faces today like globalisation, technology, migration and terrorism. Satish Padmanabhan spoke to Jasanoff at the Jaipur Literature Festival. Excerpts from the conversation.

It seems so uncanny that Joseph Conrad was writing about things more than a hundred years ago that make headlines today. As you say in the book, he wouldn't have known the word 'globalisation' but he embodied it and wrote about it.

Yes, I was struck about how Conrad had written books about so many different topics. He wrote so many books about the sea like Lord Jim, he wrote Heart of Darkness which is essentially a book about Imperialism, he wrote The Secret Agent which talks about a terrorist bomb blast in London, and he wrote a great novel about capitalism, Nostromo. Each one of them opens out into a different kind of world. But not one of Conrad's novels takes place in a British colony, that is striking for somebody who is writing at the peak of British imperial power. But what I realised was that what he was characertising, what he was capturing wasn't the world of empires but actually the world of globalisation, which links all these works. So, I wanted to figure out how did the same person managed to write all these stories. What I realised is that the reason he was able to write about all those things is because he experienced a version of all those things as he lived in world where all these things were going on. And every single one of them--technological change, international terrorism, multinational capitalism, migration--all those things shaped his world in ways we relate to them today.

Does it mean that nothing really has changed in all these years? Or does the essence of human enterprise largely remains the same in any period?

(Laughs) No, no, of course things have changed, you can't seriously say that nothing has changed. But I think if we take it as the default that the present is always different from the past and then we unwork the default and say that nonetheless there are parallels between the past moments and the present, that's more like the perspective I would take. But yes, there are certainly parallels. Today, in 2018, people are interested about thinking about the 1930s, for instance, about the rise of Fascism. We can also think of 2018 as a long period—probably going back to the 90's—about globalisation jumping into high gear and the internet really taking off, of which there are similarities to the Industrial Revolution of 1780s to 1830s. What I have put in this book though is an analogy with 1900 which really is a sort of a neglected moment in our thinking right now. But it was in that moment that we can document step changes in the scale and range what we would call today as globalisation.

So, for example, the telegraph is invented in the mid-nineteenth century, the first underwater telegraph cable is laid in the 1860s, it's only in the 1880s and 90s that these networks start to spread, and by 1900 you have a telegraph network around the world. What does this mean? It means that for the first time in human history news can travel faster than the person who is carrying it. It's huge, it's a truly breakthrough moment. There are other ones like that--steamships come in for the first time, you can sail against the current, you can work out the weather, there is a timetable, and for the first time sea travel allows for the mass migration of hundreds of people, across the Atlantic, across the Indian Ocean. So, Conrad is living through the greatest period of first migration in modern history, through the greatest period of technology, of speed of communication. And he is living through a period in which the power structure is changing. You have the massive expansion of the European empires. You also have a period of multi-nationalism and ultimately the collision between these two.

The other parallel perhaps is the idea of the Outsider, which is again an issue today. Conrad thought of himself as an outsider in his milieu, and the others certainly considered him an outsider.

Yes, absolutely. He is writing in English and it was his third language. Not only that, he started learning English only when he was in his twenties. People often mention Nabokov as well but actually Nabokov started learning English as a child. And of course there will be a lot Indian authors who will be familiar with this issue of writing in a language not their own. But again in India most authors, of course not always, would have had an exposure to English early in childhood.

So, it's a truly an incredible story and I think it should attract a lot of attention in India. Conrad gives us an author through whom to think about what it is like to write in a different language and write into a different culture. It is a problem a lot Indian writers in English will identify with.

For the book you actually sailed from East Asia to Europe and went down the 1,000 miles of Congo, as Conrad did in the Heart of Darkness?

Yes, I am the kind of historian who puts her boots on for research. I believe in going to see the places I write about, I believe I learn things by being there, that I think in different ways. Obviously the world has changed, I wouldn't say for a moment that it is like what it would have been to be there a hundred years ago. But being there today is worth doing, to imagine what it would have been like a hundred years ago, so I sailed across the Indian ocean, I sailed down the Congo river.