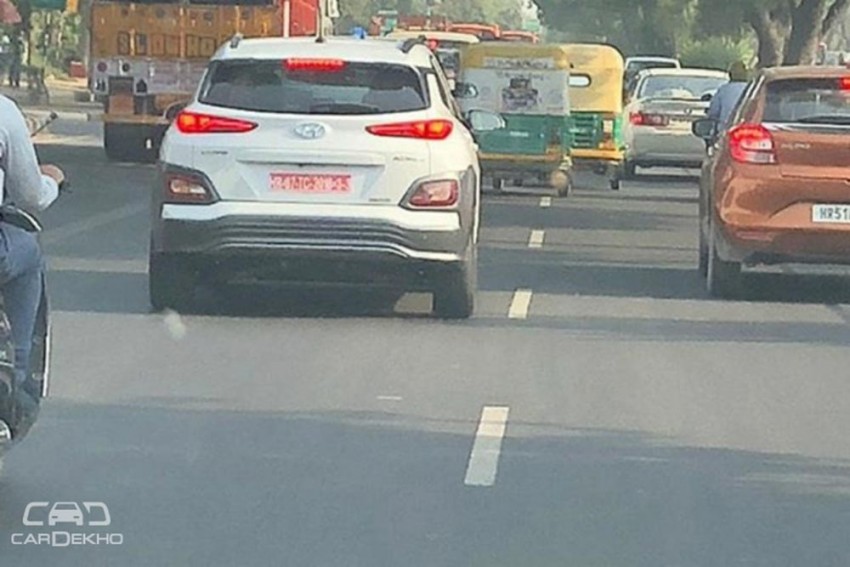 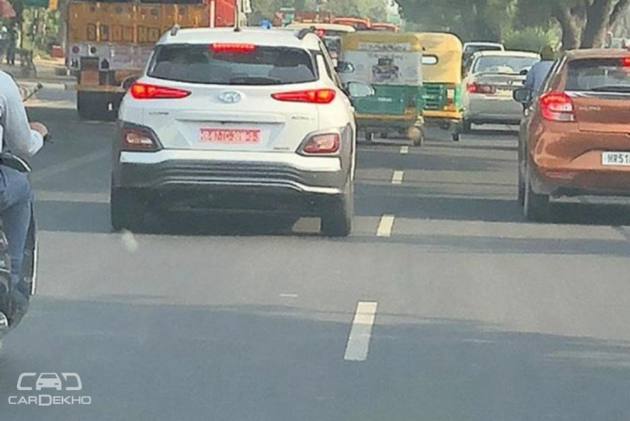 Hyundai had confirmed earlier this year that it will be bringing its first electric vehicle to the Indian markets by way of the Kona Electric, which is a Creta-sized compact SUV. It will be assembled locally and is expected to be launched in the second half of 2019. With the recent spotting in Delhi-NCR, however, it wouldn’t be a surprise if the e-SUV is launched earlier than the expected timeline.   Seen here in white, the Kona is hard to single out as an electric vehicle. But its design features are likely to pique interest at first glance. Hyundai had mentioned earlier that the Kona Electric would be available in select cities only, including Delhi and Mumbai, and would be sold via select dealers only. 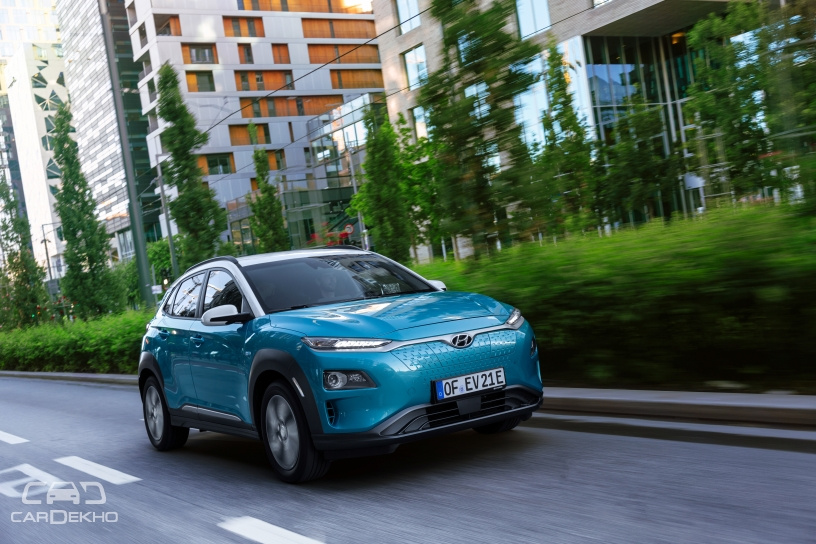 The Kona Electric is a long-range e-SUV that is currently offered in two specifications in international markets - the Kona Short Range that packs a 39.2kWh battery for a range of 312km and the Kona Long Range that packs a bigger 64kWh battery that should allow it to cover a maximum distance of 482km on a single charge (as per WLTP cycle). For India, Hyundai will be bringing the smaller battery spec and estimates suggest that in our driving conditions it should have a range of around 250km on a single charge. The only other EVs currently on sale in India is the Mahindra e2o Plus and the eVerito, both of which offer a range of less than 200km. 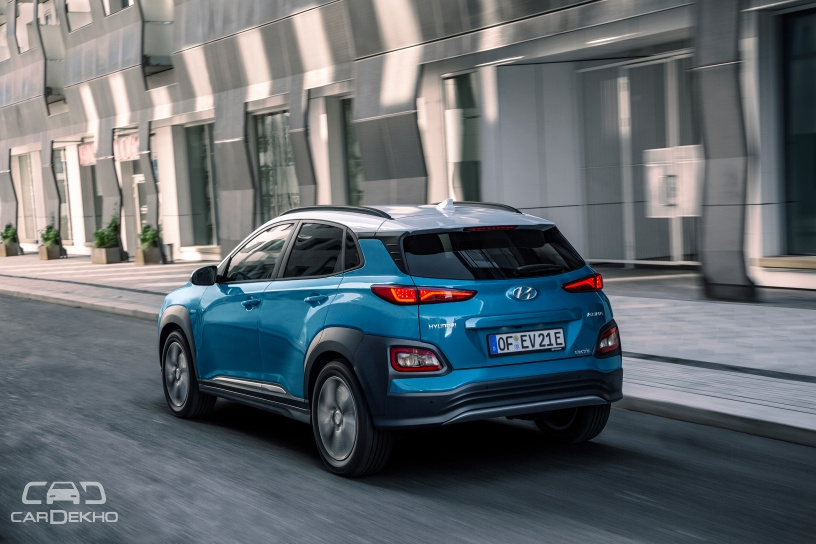 Hyundai is expected to offer infrastructural solutions such as a home charging kit for the Kona Electric for faster charging times. However, it remains to be seen whether the charging kit will be included in the price of the car itself. The Euro-spec version of the Kona Electric Short range takes about 54 minutes to charge up to 80% when connected to a 100kW DC fast charger as opposed to six hours when connected to a standard AC point.   While the Kona Electric has been confirmed for India as part of Hyundai’s plan to launch eight cars here by 2020, there has not been any official word on whether or not the Kona will also be offered in petrol or diesel powered variants. The Kona Electric SUV is expected to get a price tag of around Rs 25 lakh (ex-showroom).