He also said that he will leave the page open for some time before he deletes it again. 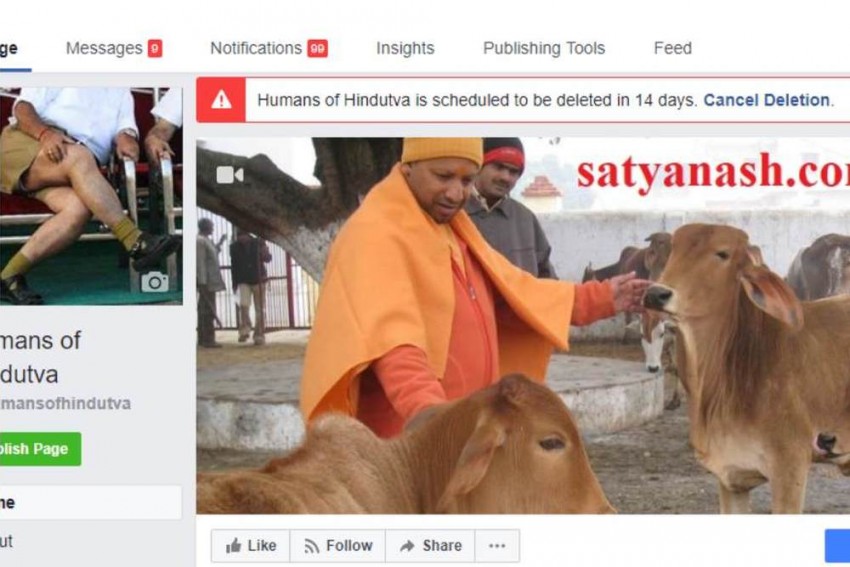 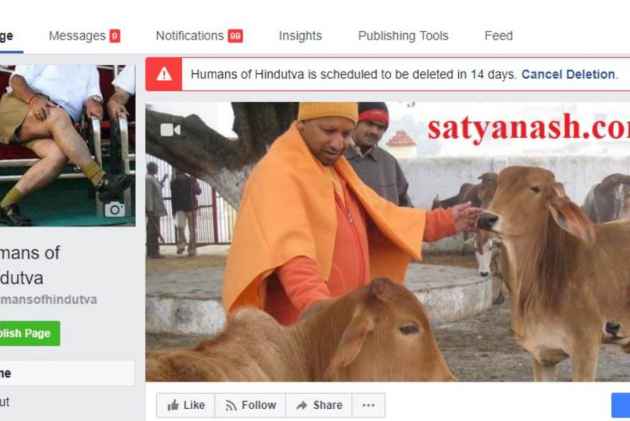 Parody Facebook page Humans of Hindutva , which had decided to shut the popular page down on Thursday following "death threats", has re-activated the page to take on allegations that the social media site had taken it down.

In a fresh response, the admin of the page came down heavily on the people making allegations. Calling them "lie peddlers", he said: "Itne bhi desperate mat ho yaar (Don't be so desperate friends). I'm deleting the page. Aren't you content with that? Must you peddle lies even now? Facebook didn't delete my page due to hate speech," he wrote. He also said he will leave the page open for some time before he deletes it again.

The popular parody page-- known for satirical posts on diverse issues ranging from politics to social issues-- on Thursday had decided to shut the page after receiving alleged death threats. In a post on a personal blog Satyansh, the admin announced his decision to delete the page calling it a victory of "Hindutva in this David Vs Goliath fight."

Making it clear that the page was never banned or mass reported by the social networking site, the admin added he is quitting on his own accord.

"I have no desire to end up like Gauri Lankesh or Afrazul Khan. Actually, more than myself I worry for the safety of my family. I hope those who threatened me consider this as a victory and leave us alone. I have deleted the HOH page and will delete this website soon. Congratulations to Hindutva on winning this David vs. Goliath fight," read the post.

"I have recently received some threats to my life which I can’t take lightly. I am outnumbered, live in a BJP state and come from a middle-class family with no political or police connections.

"As for those who were kind enough to lend me their ears for the last eight months, I’d like to wish you all a Happy New Year. Cheers and alvida. Thanks for giving me some of your time." However, few profiles on social media circulated a screenshot calling the announcement an act of dramatics and that the page was taken down by Facebook following several complaints.