How I Wish I Could Vote In Delhi

Fascinating noise and hoopla of the Delhi elections, as viewed by a reluctant outsider to the electoral process. 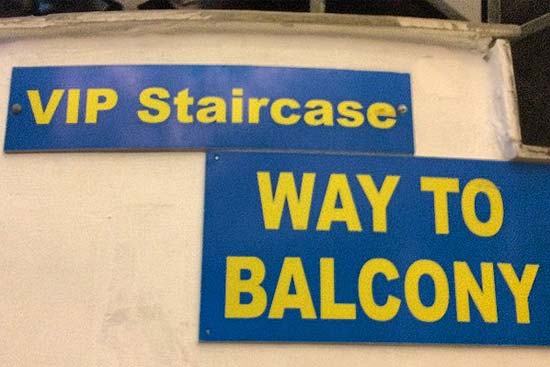 It's that time again in India when I feel so very excluded.

Here's the thing - despite being a tax paying, "India-is-my-forever-home" resident, married to an Indian, living here, working here, I am not allowed to vote. And yet how I wish I could be part of this amazing, colourful, loud, humbling, levelling process called the Indian elections.

Here in my adopted hometown, Delhi, we have elections this weekend to choose who will be our next Chief Minister, inter alias, after the political inter-regnum of the last year, which has seen us governed by a Lieutenant Governor. (Dare I say it, in these post colonial times, but I find such titles as Lt. Gov utterly fabulous. Way more classy than, say, Mr. Acting Chief Minister. But I digress.)

So yes, we are in the busy, noisy run up to this weekend's elections, which means that the cascades of flyers tumbling out of my morning papers increases day by day. Interestingly, many more of them are in Hindi than in earlier elections. And, not surprisingly, I haven't seen a single flyer for the Congress Party.

Elections also mean that the city's decibel levels have shot up to ever noisier heights. I go running in my neighbourhood every day, my own uplifting music pounding through my headphones, but every time a loudspeaker-bedecked rickshaw trundles past, I admit defeat. These little fellas belt out the electoral message, over and over (and over) again, urging everyone to vote for x, y or z. I love it when you find one of these rickshaws parked by the side of the road. No driver in sight, but the electoral message blaring out regardless, stray dogs dozing in the winter sun, unimpressed by the racket.

It's precisely this noise and hoopla that, as a reluctant outsider to the electoral process, I find so fascinating. The politicians try and appeal to the electorate through noise and Bollywood songs and shiny newspaper flyers and posters (and more, if we are to believe all those stories of liquor bottles galore) but what an astute electorate we have. Deep down, I have total faith in the wisdom and commonsense of the average Delhi voter to see through the rhetoric and the shenanigans and to vote into power the people who will be the best for Delhi.

Delhi is a very "khas" place, full of "khas" people who like to flaunt who they are, and whom they know - we are tantalisingly close to the corridors of power, never forget. This is a city, after all, where the VIP culture is so deeply engrained that our premier concert venue, the recently revamped Siri Fort Auditorium, even has a sign proclaiming "VIP Staircase". I kid you not.

It is precisely this fertile soil of privilege and a sense of entitlement that encourages the deeply engrained Delhi VIP culture and, fascinatingly, its strident antithesis, the Aam Aadmi Party. The sudden meteoric rise to prominence of a party dedicated to the common man, its equally sudden fall from grace, its apparent resurgence, is eloquent testimony to the robust health of the Indian electoral system. What started as a countrywide anti-corruption movement has morphed into a somewhat different creature here in Delhi. Here the "common man" is fed up of privilege and the abuse of power and, let's be honest here, the lack of basic amenities in our capital city.

There are some breathtakingly gorgeous parts of Delhi - the parts that were poshed up and beautified for President Obama just a fortnight ago – and to walk around Lutyens Delhi is an absolute joy. But for the vast majority of dilliwalas, their daily reality is one of appalling pollution, shocking traffic, dangerous public transport especially for women, no street lights, footpaths eaten up by illegal parking, poor bijli, undrinkable pani, rising food prices…at times, it's a miracle that the city holds together and functions as well as it does.

When the anti-corruption crusade kicked off in 2011, I was heartened by the fact that so many of my Indian friends – all middle aged and older, the kind of people who professed to never having been to a political rally in their lives - turned out in droves. These same good folk were bitterly disappointed by the failure of the new party in Delhi, and its hasty undignified departure from government, but I see and hear them now, back on board, eager to vote. Wiser and less idealistic, perhaps, but still thrilled at the thought of change, be it for women's safety or against corruption.

Oh hang on - as I write, a rickshaw is driving slowly outside my house, noisily urging me to vote. Would that I could.

Christine Pemberton is a writer-blogger living in Delhi.