The official website of the Supreme Court has now been taken down apparently to fix the hack. 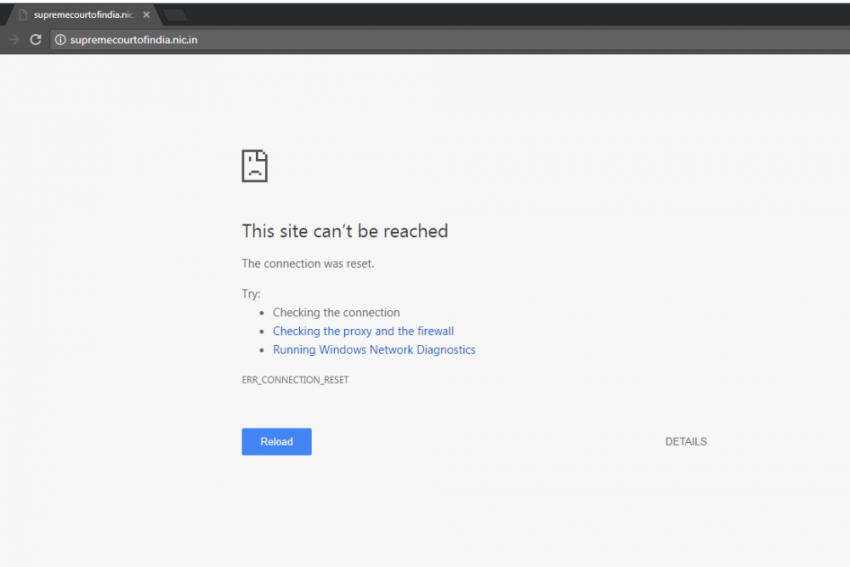 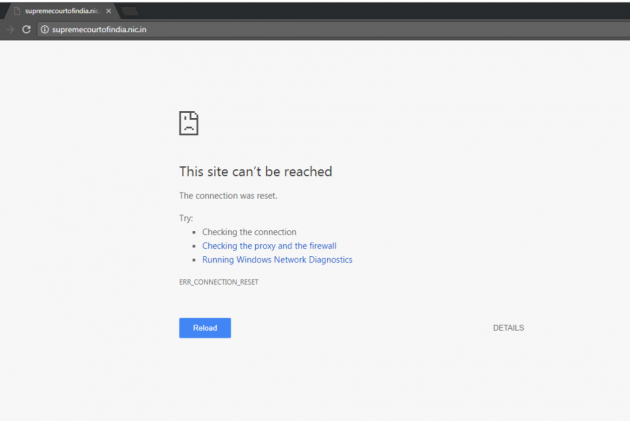 Amid reports that the website of the Supreme Court of India was hacked today, minutes after  the verdict by the top bench into the death of special CBI judge Loya, officials have said the website is out of order since pre-noon hour.

The website, earlier in the day, appeared to have been hacked.

A brazilian hack team is involved in the hack, which also compromised other Indian websites in 2013, reported News 18.

#SupremeCourt website apparently under cyber attack. The Brazilian HackTeam was involved in compromising hundreds of websites, including Indian websites, in January 2013. The website has now been taken down to fix. @News18Courtroom pic.twitter.com/MOhgryZpNx

The website, supremecourtofindia.nic.in, reportedly displayed an image that resembled a ‘leaf’ and said ‘hackeado por HighTech Brazil HacTeam’ on top.  It was soon taken down.

Early this month,  website of the home ministry was taken down as part of extra precautions in the wake of the hacking of the defence ministry site. Officials, however, later said it was not hacked and appeared so as a result of a technical glitch.

The Supreme Court today dismissed pleas seeking an independent probe into the alleged mysterious death of special CBI judge B H Loya, ruling that the judge died of natural causes and that the petitions were a serious attempts to scandalise and obstruct the course of justice.

Loya, who was hearing the high-profile Sohrabuddin Sheikh case, had allegedly died of cardiac arrest in Nagpur on December 1, 2014 when he had gone to attend the wedding of a colleague's daughter.

A bench comprising Chief Justice Dipak Misra and Justices A M Khanwilkar and D Y Chandrachud said there was no reason to doubt statements of four judges on circumstances leading to the death of Loya and that documents placed on record and their scrutiny establishes that the death was due to natural cause.