If you are an adventure lover who loves the difficult terrain of cycling and hiking, you will be surprised to know that Hong Kong has a lot to offer 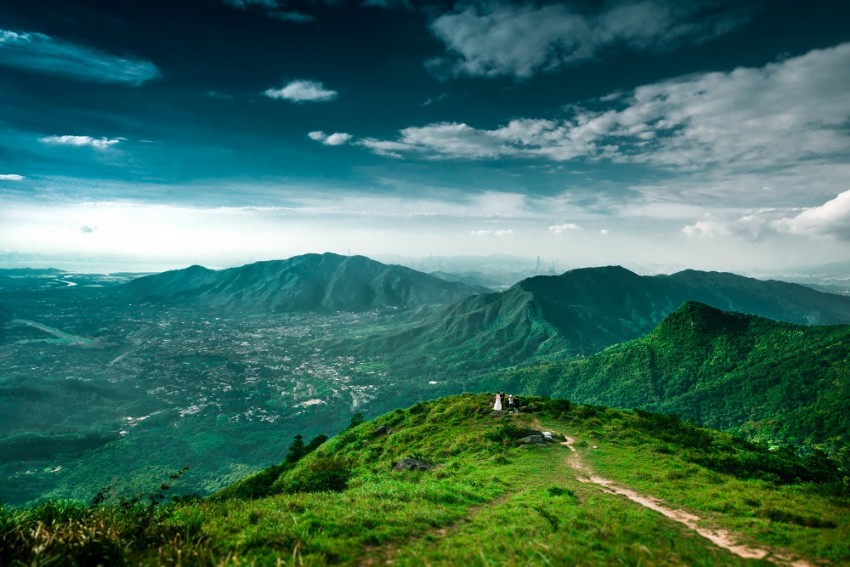 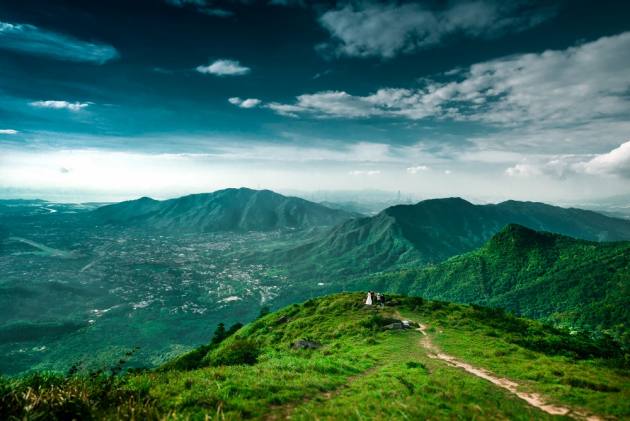 Hong Kong is known for its modern outlook, cosmopolitan city, skyscrapers and shopping destinations. However, what most people don’t know about Hong Kong is its great outdoors. Rugged peaks, remote valleys, a charming coastline and surprisingly diverse ecological beauty – Hong Kong has everything to offer to its visitors.

Almost 40 per cent of Hong Kong is a protected country park with natural reserves, which amounts to 443 Kilometers (274 miles). Hong Kong is an outdoor enthusiast’s paradise. The city’s great outdoors are located not too far from its urban sprawl and are easily accessible by everyone. The commute from the heart of the city to these unscathed landscapes is not over an hour or two, making it an ideal escape from the fast-paced city. The hiking and cycling trails are unique for their scenic views that run over peaks and along Hong Kong’s coastline, drawing in adventure seekers from around the world. The trails range from super easy to downright challenging, offering everything - from a bird’s-eye view to stunning sunsets.

Here are some of the most popular and picturesque hiking and cycling trails that are a must visit for adventure seekers in Hong Kong:

Lantau peak is the one of the most prized spots to catch early sunrise. It is Hong Kong’s second-highest summit. The climb to this magnificent peak takes little over two hours. At its highest point at 934m, hikers get breathtaking views of South Lantau and of the island located northwards. Most travelers spend the night at a local hostel so that they can witness the rising sun. The best time to climb the peak is during Hong Kong’s dry winter which is from December to March. 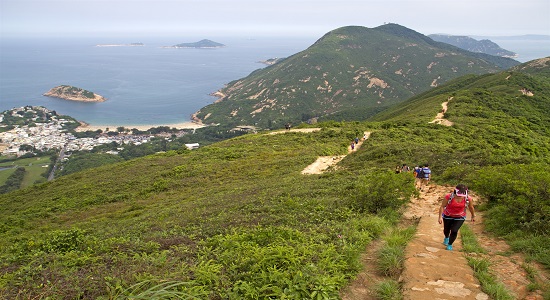 The MacLehose trail runs through the Sai Kung section, Hong Kong’s most varied and scenic countryside. This long-distance trail has an impressive collection of sea caves, sea stacks, hexagonal columns and dykes. The trail is a day long trail that passes huge walls of hexagonal rock columns that have been formed by volcanic activities from the past 140 million years. This trail is known to be a delight for hikers and geologists.

Lamma Island is a beautiful island with more than 6,000 years of fishing history. The hike begins at the fishermen’s typhoon shelter in Aberdeen where travelers board a slow boat bound to Lamma Island. During the course of the hike travelers get to visit small villages on the northeast part of the Island. The most exciting part of this hike is the hillside climb to the shipping lanes of the South China sea, which boasts a large area of unspoilt natural beauty. 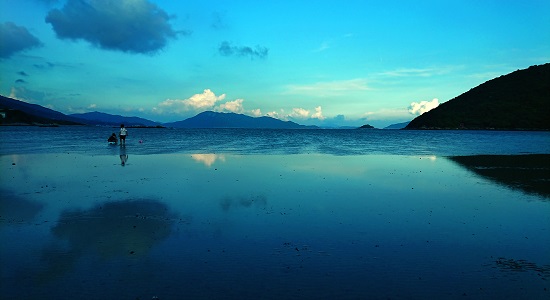 This is one of the most strenuous yet exciting hikes in Hong Kong. The hike takes you along remote and unexplored parts of Hong Kong curving gently through dense woodland and heading down to a rolling plateau. The scenic track continues until travelers reach the fishing town of Sai Kung, where most of the fisher folk are seen selling their wares on the Sai Kung jetty. This trail is not one for the faint hearted but the panoramic views along the way make it well worth the effort.

One of the most popular hiking trails in Hong Kong, the Dragon Back trail is also the most easily accessible from the city. This easy one-hour long trail runs along the ridge overlooking Hong Kong Island starting at the famous Victoria Peak and takes hikers through among stunning fauna and foliage. The trail has been named one of the world’s best urban walks offering stunning views of the coast and the offshore islands from the Shek O peak. Hikers can end the trail at the Big Wave Bay for a dip in cool blue sea.

Nam Sang Wai is a fun half-day trip out of the city. The cycling ride starts on a ferry and continues into the corridor of the River Red Gums. After riding in the shade of the River Red Gums the ride proceeds into the glade where there is an abundance of butterflies and dragonflies, a secluded spot in the boulevard of the Chinese Banyan. The ride passes through Nam Sang Wai Road which is an area dominated by fish ponds and lush greenery and has an abundance of egrets, grey herons and migratory birds from the surrounding regions. This half-day ride is known for its mix of rural and urban landscapes.

The cycling trail from Sha Tin to Tai Mei Tuk is one of the best-known cycling routes in Hong Kong. With its relatively straight track riders can sit back and enjoy the ride through this area. The trail runs along the coastline toward the Pak Shek Kok promenade where cyclists can enjoy the view of the mountain vista of Ma On Shan. From the promenade the trail passes through the popular cycling track in Tolo Harbour upto the majestic dam at Tai Mei Tuk. The aesthetic trail finally ends at Tai Mei tuk which is a seaside village by the bay. 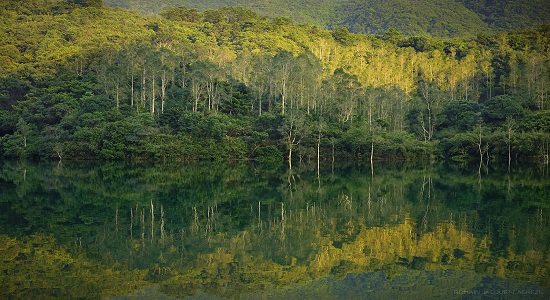 This is one of the most scenic cycling trails in Hong Kong which starts at the Shing Mun River and proceeds along the Ma On Shan Promenade. The total length of this stretch is roughly 3.2 kilometers with a jogging trail, fitness station and playground. The scenic but short cycling trail ends at Wu Kai Sha Public Pier where cyclists can enjoy the cool breeze with a view of the sunset.