After the end of the second round, Germany lead the table with six points, ahead of the Netherlands (three points), Pakistan (two) and Malaysia (one). 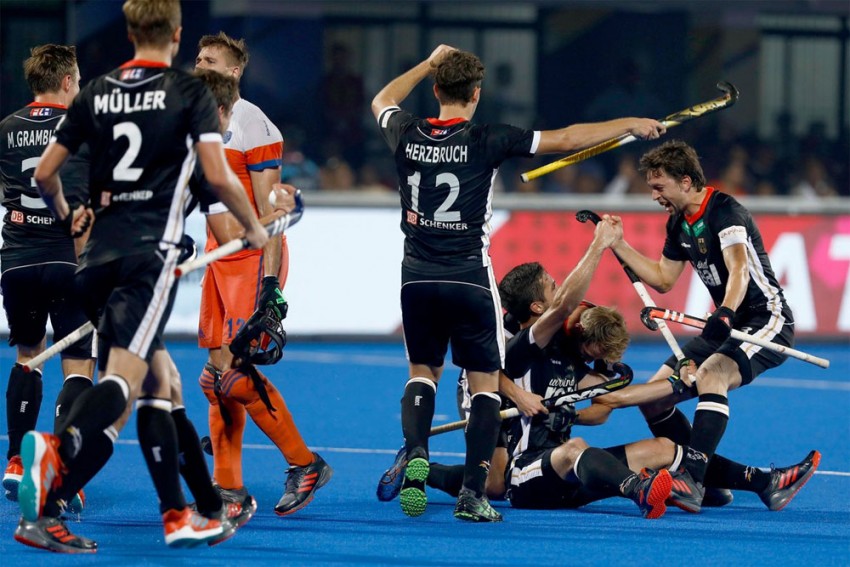 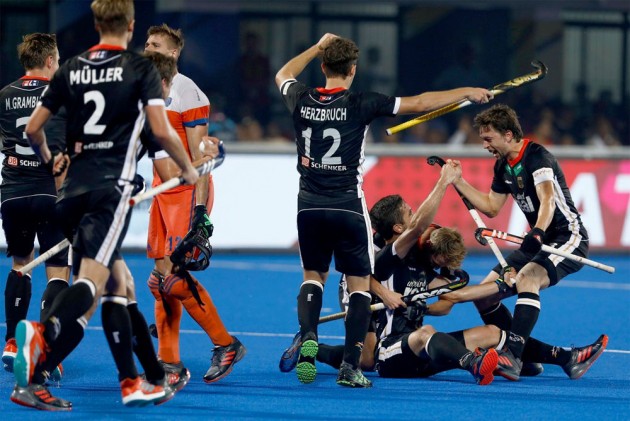 Two-time champions Germany became the third team to advance to the next round of the 2018 FIH Men's Hockey World Cup after beating three-time champions the Netherlands even as Pakistan played out a 1-1 draw with Malaysia in their respective Pool D matches at the Kalinga Stadium, Bhubaneswar on Wednesday.

The win helped Germany inch closer to sealing a direct quarter-final spot. They already defeated four-time champions in the first match on Saturday. It was, however, a different experience for the Netherlands after thrashing Asian Games silver medallists Malaysia 7-0 in their first game.

In the first 'group of death' of the day, the Germans fight back from a goal down to win the all-European clash 4-1 thanks to three goals in a space of six minutes.

The Dutch took the lead in the 13th minute with Valentin Verga, but the second most successful team in the tournament's history wilted against the German attack.

The first of German goals came in the half-hour mark when Mathias Muller converted from a penalty corner to leave the match 1-1 at half-time. Lukas Windfeder, in the 52nd, converted another PC to make it 2-1 lead. Marco Miltkau scored a field goal in the 54th minute before Christopher Ruhr scored from the spot two minutes to the hooter.

By virtue of the win, Germany are atop Pool D with six points from two wins ahead of the Netherlands, who are on three points.

In the second match of the day, Pakistan escaped with a point after surviving Malaysian threat to keep themselves in the hunt for the third place, which will give the right to play in the crossover round.

Pakistan took the lead in the 51st minute, thanks to a brilliant field goal from Muhammad Atiq. But the lead lasted only four minutes as the Malaysian equalised, deservingly, through a penalty corner conversion from Faizal Saari.

As it stands after the end of the second round of matches, Pakistan are third with two points from two draws, while Malaysia are fourth with a single point. They are all but out of the tournament. They will need a miracle in their last pool match against the Germans. Pakistan will play their last pool match against the Netherlands. If Malaysia lose to Germany, Pakistan will qualify for the crossover irrespective of the result.

On Thursday, Spain will take of New Zealand while Olympic champions Argentina face France in their final respective Pool A matches. Argentina have already through to the next round, but a win will confirm the direct quarterfinal spot.