The result helped India lead the pool thanks to a better goal difference. India will play Canada in their final Pool C match, while Belgium take on South Africa. 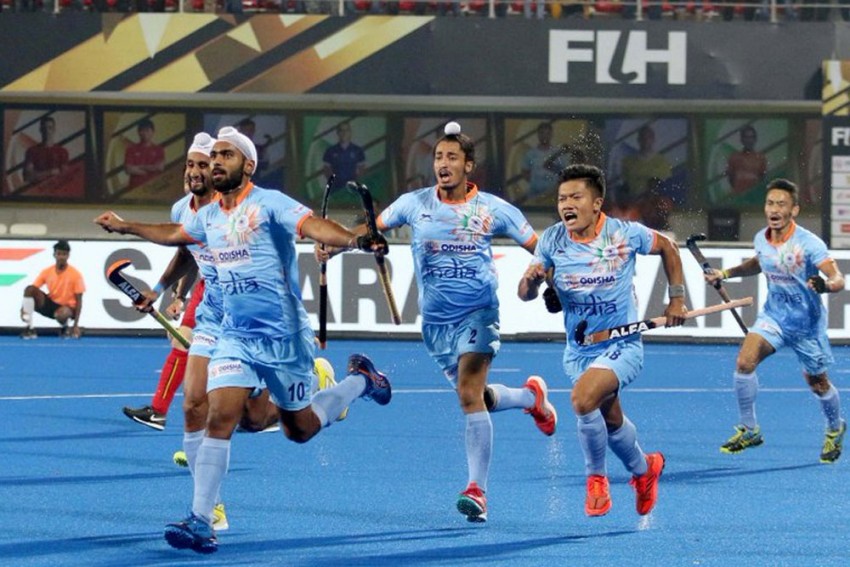 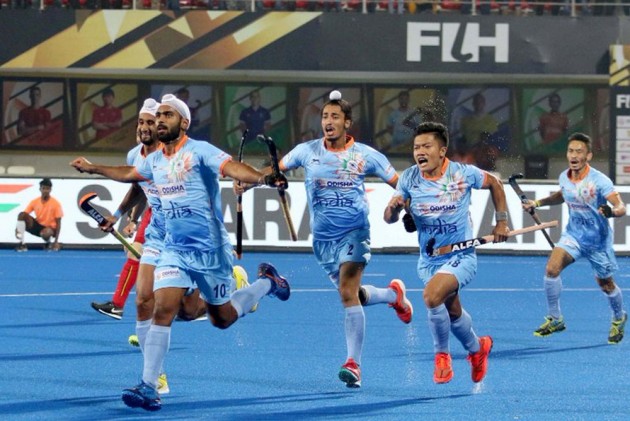 India remained unbeaten in the 2018 FIH Men's Hockey World Cup after playing out a 2-2 draw with Belgium in their second Pool C match on Sunday at the Kalinga Stadium, Bhubaneswar, Odisha.

Head coach Harendra Singh hailed the team's grit and fitness after the match, saying he has never seen such a fit Indian side. He also praised Robin Arkell, the team's scientific advisor, who was ropped in March 2017.

"I feel proud about our fitness. Credit goes to Robin (Arkell). I have never seen such a fit Indian team," he said.

India are fielding the youngest team in the tournament, with the average age little over 23 years. But the young team matched their higher ranked opponents in every aspect of the game.

And after taking some time to settle, the Indian team used the crowd energy, which the coach highlighted as one of the factors for the team's good performance on Sunday.

After conceding an early goal, as early as the eighth minute, India rallied back to take a 2-1 lead until the Olympic silver medallists equalised with four minutes to the hooter.

Harendra also said he was not surprised by Belgium's "full press" tactics early on.

"We were not surprised in the first quarter with Belgium's full press. We had discussed about it. They knew as the match progresses, India will be dangerous. My boys utilised the crowd's energy.

"In the first half, we were running behind the ball, we didn't have enough possession. We changed the structure slightly (at half-time). That worked really well. We started shifting the ball vertically," he said.

It was evident in the play, as it wore on, India were creating more chances and looked good enough to beat the Europeans in their own physical game.

"We did double tackling. Whether we are behind the ball or chasing it, we maintain pace.

"Whether we have the ball or not, we can't drop our energy. We need to make opponents' life miserable."

He took the opportunity to convey the message that Indian hockey's 'USP' us it's attacking play and the team can't compromise on that.

"We have decided what suits Indian hockey, that is more important. India can't play with defensive approach," he said.

But the coach rued India's defensive lapse at the closing stages.

"I don't call it misfortune (conceding in final few minutes). The ball was with us. We snatched the ball, we tried to run with it, we should have passed. Getting turnover is an art but giving turnovers is suicide," he said.

The result helped India lead the pool thanks to a better goal difference.

"There are no ifs and buts for us. In the last game, we have a target what to do to get into top two. That one match will decide if we play the quarters directly or go to crossovers," he said.

"The pool is wide open because Belgium is 1 up, we are 5 up (on goal difference). Both of us have six-day rest. We will recover, regenerate."

India will play Canada in their final Pool C match, while Belgium take on South Africa. The pool winner qualify for the quarter-finals directly, while the second place teams go through the crossover rounds.