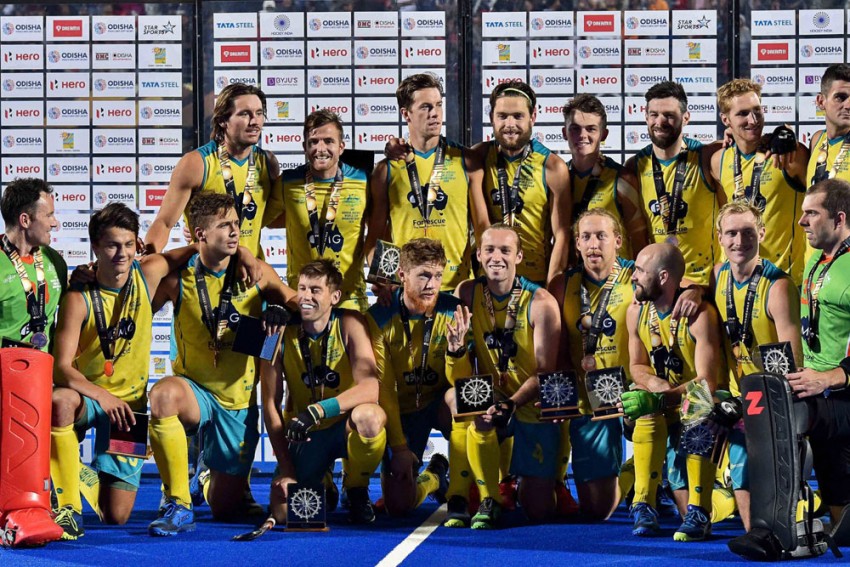 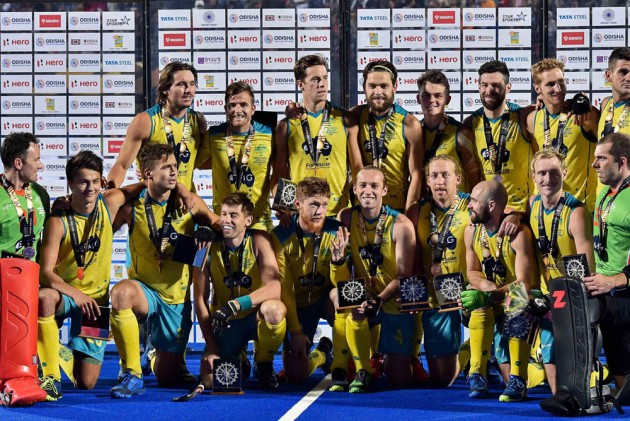 After missing out on the opportunity to become the first side to win a hat-trick of World Cup titles, Australia thrashed England to win the consolation bronze medal at the Kalinga Stadium, Bhubaneswar, Odisha on Sunday.

World number 7 England's lone goal in the lop-sided match came from the stick of Barry Middleton in the 45th minute.

The two teams met in the pool stage earlier in the tournament with Australia winning 3-0.

The victory also enabled Australia to further increase their head-to-head record against England. The two sides have faced each other 28 times earlier with Australia winning 21 matches as against four by England while the remaining games ended in draws.

After sitting back in the initial minutes, Australia secured their first penalty corner in the sixth minute but Govers' flick was deflected well over the post.

However, it did not take long for Govers to register his name in the scoresheet. He scored his seventh goal of the tournament with a reverse hit after receiving a through ball.

A minute later, the Kookaburras doubled their lead when Craig scored from close range with a rebound from Brand's pass after his initial try was saved by England goalkeeper Harry Gibson.

Australia keeper Tyler Lovell then made a good block to deny Liam Ansell from close quarters.

Australia made the scoreline 3-0 in their favour four minutes into the second quarter through another fine field goal by Craig, following a brilliant link-up play with Jake Harvie and Govers.

Australia went into the half time break with a comfortable 3-0 lead.

Just seconds into the third quarter, England secured a penalty corner but Luke Taylor's attempt was easily saved by Charter.

Mitton then extended Australia's lead in the 32nd minute with a rebound after Hayward's try from a penalty corner was saved by Gibson.

Before England could settle down from the setback, Australia pumped in two more goals within a minute to make the contest a completely one-sided affair.

First, Brand finished off a fine Mitton pass for the fifth goal and then Craig got the sixth one for Australia and completed his hat-trick with another field strike.

England scored a consolation goal just seconds before the end of third quarter with Middleton finishing off into an empty goal from a Phil Roper pass.

Australia scored their seventh goal in the 57th minute when Hayward converted a penalty corner. Australia then secured back-to-back penalty corners in the final minute, the second of which was converted by Hayward to seal a convincing win.