Ramchandra Guha says polygamy is an "abhorrent practice," which must be "abolished at once". This is a moral judgment. 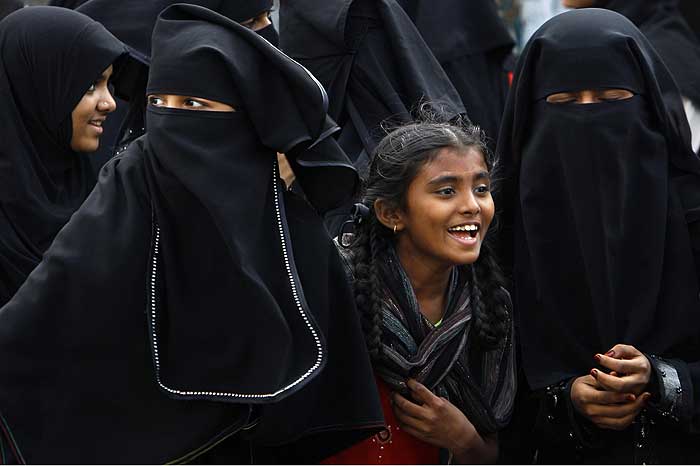 India is today under a party with an ideology, which is called Hindutva. This ideology has three demands: The abolishing of Article 370 of India's constitution, the construction of the Ram Janmabhoomi temple at Ayodhya and the enforcement of a Uniform Civil Code.

For this reason it is possible to view these demands as being negative and the product of a majoritarian impulse, rather than positive. I mean that they appear to be not as well-intended as those demanding the changes make it appear. This is validated by what happened to the temple movement once the mosque had been torn down by Hindutva. The movement collapsed because it was more negative, meaning against the mosque, than positive, meaning in favour of the temple.

In the matter of Article 370 there are many legal issues that prevent full integration of Jammu and Kashmir, but the intent of the ruling ideology can perhaps be glimpsed at by the state of Kashmir today. The current episode of national pride over action against Pakistan has dominated events in the valley. But sooner or later we will be forced to take a look at how to manage the situtation there.

The Uniform Civil Code is currently gathering momentum and this is happening in two phases. The first is action against triple talaq, which the All India Muslim Personal Law Board, dominated by men, wants to retain. Triple talaq is a quick divorce option for men which many Muslim nations, including Pakistan, do not permit. The government wants to make it illegal and the courts are on its side.

Should this happen, we should get ready for a number of arrests. The second issue is the matter of polygamy, which is where the real interest of Hindutva lies. It is felt that polygamy is the instrument through which Muslims reproduce faster than Hindus and at some point will become a majority. The incidence of polygamy is actually higher among Hindus than Muslims according to the data, but the perception is powerful enough to drive this demand for the Uniform Civil Code.

The historian Ramachandra Guha wrote a few days ago about why liberals and leftists (I think he meant communists but I could be wrong) should support the Uniform Civil Code and oppose polygamy. He classified their opposition to the Hindutva demand as being one of these seven things:

However, Guha misses out one thing and in my opinion the major reason why some liberals (meaning those who push for the rights of individuals) oppose this reform. That it is the right of the woman, or the man, to become a second wife or a second husband (polyandry is practiced in some communities in India). It is true that a poll shows that 90% of Muslim women oppose polygamy but then 90% of Muslim women also live in monogamous marriages. It would be interesting to see the data on how those inside polygamous marriages view the practice.

Guha says polygamy is an "abhorrent practice," which must be "abolished at once". This is in my opinion a moral judgment. The Indian law and successive governments have said the same thing about homosexuality. But the liberal will stand for the individual's rights in that instance also. My guess is, having said all this, the momentum has shifted on the issue. Triple talaq and polygamy are likely to be the next ground on which Hindutva will assert itself. And, as with other issues where this has happened, we must anticipate trouble.

Ramar, The Man Who Conned A Generation With 'Herbal Petrol', Sent To Jail For Fraud