Harmonium In Indian Classical & Notes From A 3-Decade AIR Ban

Today is the 101st birth anniversary of R.K. Bijapure, a master of the harmonium, which AIR had banned for three decades. A look at the 1940-71 period when the Western instrument faded from broadcast 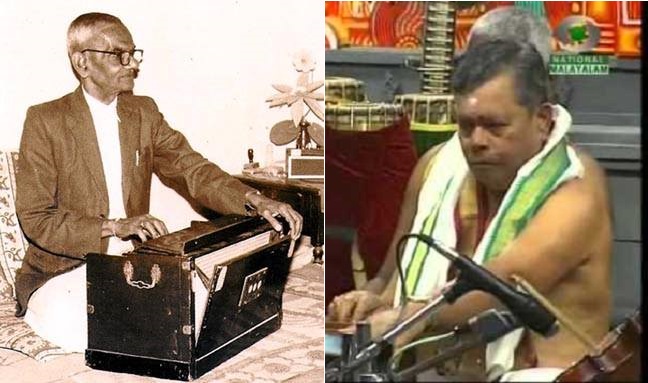 Only 17 years ago, a Gujarat-based cultural organisation sought lift on a ban the All Indian Radio had imposed on the harmonium—and claimed its history traced to the British Raj era. The Maharaja Sayajirao Gaekwad Trust of Baroda lamented that the vintage wind instrument had suffered a lot by going out of public broadcast for long in the 20th century.

The trust seems to have gone a bit off-key in its presentation of statistics when its top functionary B.D. Sharma told a news agency in November 2000 that the ban on the harmonium had its history from 1915. Also that it continued to exist by the turn of the millennium sounds technically wrong, though the import could be of a laxity in accommodating the organ-like keyboard instrument in the studios of the broadcaster—at least in Gujarat.

That said, east of the country, a singer-songwriter and music director associated with AIR for long remembers that the Calcutta radio station had in summer 1980 announced that all the artistes of Akashvani were free to perform with the harmonium as an accompaniment once again. Therefore, it is evident that the instrument “did actually disappear from the world of the wireless in this part of the world at some point of time”, notes Amalendu Bikas Kar Chowdhury, who had retired from 1930-founded AIR as the station director. “How did such a thing happen?” the aesthete goes on to wonder.

It’s a subject worth rewinding on a day when this January 7 marks the 101st birth anniversary of harmonium exponent R.K. Bijapure. A native of Kagwad off Belgaum in what is today northern Karnataka, he (1917-2010) learned the instrument from a handful of masters, improvised on its techniques, played the harmonium solo and for musicians of several generations and had a long line-up of disciples.

Back to the subject of the AIR ban on harmonium, here are a couple of observations by a classical musician couple: Hindustani vocalist Shubha Mudgal and her husband Aneesh Pradhan who plays the tabla point out it was in 1941 the AIR banned the harmonium in its programmes. Lionel Fielden, the Controller of Broadcasting, took this initiative after John Foulds, a practitioner of Western music, said “the instrument was not suitable for reproducing the microtones that were a necessary aspect of Indian music,” points out Pradhan in an article published two-and- a-half years ago.

Foulds, who headed the Western music section of AIR in the 1930s, had stated in an article that the inability of the harmonium to produce microtones (gamakas) rendered it inappropriate for Indian music, notes Mudgal in another write-up. His opinion led Fielden, to ban the harmonium on AIR broadcasts in March 1940, she notes.

“This indictment by the British has continued to shadow the journey of the harmonium in India long after the nation became independent. If this isn’t a classic case of a colonial hangover, what is?” wonders Delhi-based Mudgal in the 2007 column.

“The British declared that the harmonium is unsuitable for Indian music without bothering to consult an expert in Hindustani music. We, like humble and obedient servants of Her Majesty, accepted the ban and continued to declare it unsuitable long after it became a part of mainstream concert performances and music-making,” she adds. “While the ban on the harmonium was lifted and most broadcasts on AIR feature its accompaniment, its players could never enjoy the same status as other musicians.”
Anyway, today, the harmonium is making a comeback in Carnatic as well. The southern classical system, for instance, has C. Ramadass, who notes a surge in his harmonium performances since 1980, though his tryst with the instrument began three decades preceding it.

The AIR had even in the early 2000s followed an audition system that necessitated every musician had to submit a recording to an audition committee, which then selected candidates after considering their broadcast worthiness and also assigned a grade to each selected candidate, points out Mudgal. All this when, as Pradhan notes is about an instrument that had been adapted by Indian craftsmen for the traditional seating arrangement in Hindustani concerts, having originally been introduced by Christian missionaries from the West as a table-harmonium or a leg-harmonium played with both hands and operated by pedals.

Ethnomusicologist Matthew Rahaim, who has researched on the subject, says both British and Indian scholars had, during the Indian independence movement, condemned the harmonium for embodying an unwelcome foreign musical sensibility.

“The attempt to banish the sound of the harmonium was part of an attempt to define a national sound for India, distinct from the West,” he notes in a preamble to a paper. All the same, “its continued use in education served a somewhat different national project: to standardise Indian music practice.”