Growing Our Way To Tolerance

Economic freedom alone is not the answer to our current woes. But it can damp the shrill wave of extremism. 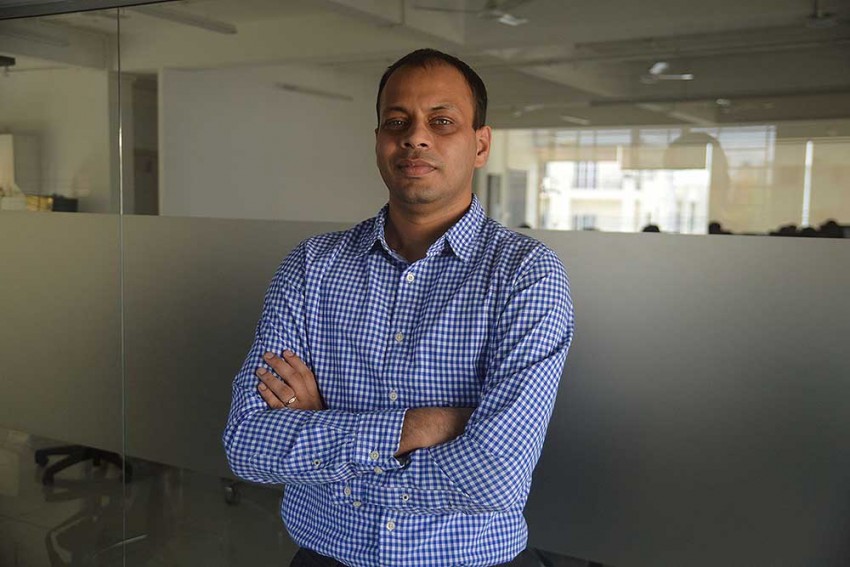 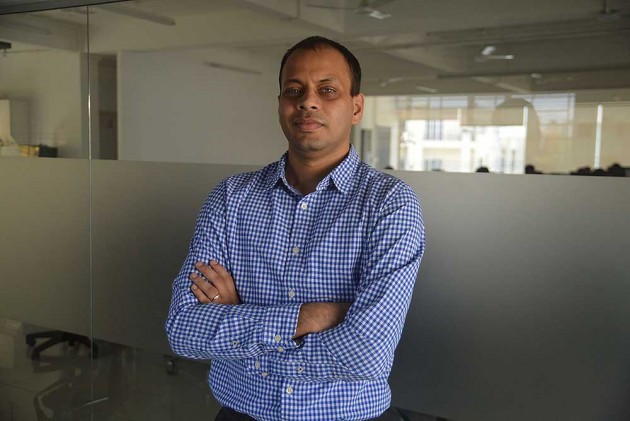 Intolerance. If there is one word that captured the Indian zeitgeist in 2015, intolerance would be it. Judging from the events of the past few months, this year will be no different. From Rohit Vemula to JNU, we are settling in for a prolonged period of cultural wars.

But are we really an intolerant society? Or are these events simply the messiness of democratic debate?

Relative as the concept may seem, it is possible to measure the degrees of tolerance. Most researchers agree that one way to gauge a society's tolerance is to observe its attitude towards homosexuals. Inclusiveness towards them is reflective of tolerant attitudes overall.  By this measure, India fares miserably. At a time when other countries have recognised gay marriages, we are still debating whether being gay in India is legal or not. Even if the Supreme Court overturns section 377, societal attitudes stigmatize most gays from leading an open life.

We score poorly on religious tolerance too. Pew Research tracks religious freedom across the world based on government restrictions and social hostilities. As the chart below shows, India is among the worst of its peer group. The dark red dot that India represents is far away from the global mean. Keeping us company are Israel and Pakistan, not an agreeable cohort for religious plurality. 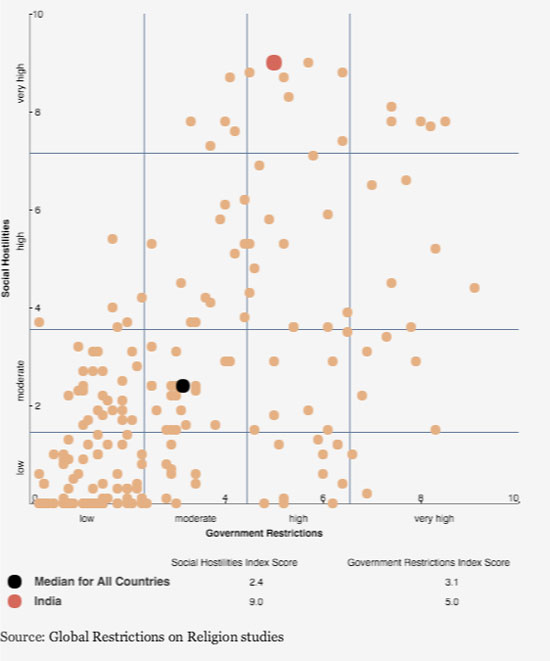 Supporters of the current government can take heart. The survey results are from 2013. We were an intolerant nation even before the NDA came to power. But it's fair to assume that over the past three years, we haven't moved towards the bottom right. If a survey were to be conducted this year we may have an even poorer showing.

(There is a side note here on the word tolerance itself. Tolerance by definition means accepting opinions or behaviours that one may dislike. Being tolerant doesn't mean genuine acceptance of something that's different from your worldview; rather it's the ability to suffer objectionable views in silence. A low bar for inclusiveness!)

Tolerance matters. There is enough data that positively links tolerance to economic dynamism. Countries that are open to diverse ideas and people can attract talented and creative people, regardless of background. This in turns fuels innovation and growth. People in tolerant societies are also happier. One only has to experience the eclectic vibe of San Francisco to appreciate why building another Silicon Valley isn't just a question of people and capital.

But is there a path to tolerance? Two Swedish economist, Niclas Berggren and Therese Nilsson have been studying how the economy affects tolerance. They tested the link between economic freedom - a measure of how open and fair the markets are - and tolerance across 65 countries.

Intuitively this makes sense. As societies become more open through trade, they interact with people different from them. Contact with "outsiders" makes you understand them better. There's also a selfish reason. As markets prosper, being intolerant is against your own self-interest, as you'd turn away customers or fail to attract smart employees.

Berggren and Nilsson's research validates this view, but only partially. They find that a stable monetary policy and a strong legal system are consistently associated with greater tolerance. Countries with greater economic freedom and wealth are also more open to homosexuals.  However, openness to people of other race (religion?) or willingness to teach children the importance of tolerance is not related to how free markets are.

So economic growth alone is not the answer to our current woes. But it can damp the shrill wave of extremism. It isn't a stretch to link the depressed economy in Europe to the rise of right-wing parties. Even in the US, which has experienced decent growth after the great recession, public sentiment is pessimistic, which the Republican candidates have exploited.

The Indian situation is more complex. Our intolerance is rooted in both our present and our past, and it is hard to disentangle the two.

Extreme levels of inequality make people susceptible to blaming easy scapegoats. The rule of law is also perceived to favour a few. With some exceptions, our institutions aren’t stable and predictable (an example: the tax regime). As a result, we have evolved into a society where short term individual gains triumph over the collective good. We grow incrementally and don't make the big leaps that we are capable of. Distrust towards others makes holds us back, holds the economy back.

(Shailesh Chitnis is a freelance journalist based in Bangalore. He writes on topics that are at the intersection of economics, business and society)