The global walkout attracted thousands of employees at Google offices across the world to protest against sexism and urge respect for women. 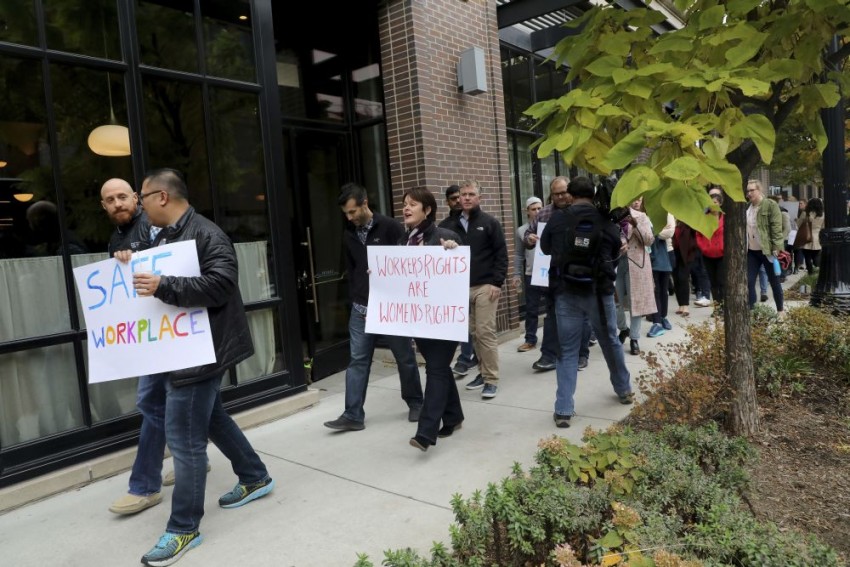 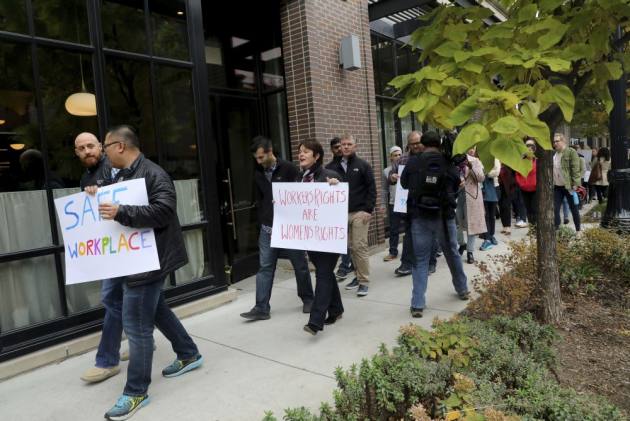 Google employees staged walk-outs at offices around the world. The global walkout attracted thousands of employees at Google offices across Asia, Europe and North America to protest sexism and urge respect for women.

Major cities including San Francisco, Berlin, London, New York, Chicago, Atlanta, Tokyo and Hyderabad, India walked off their offices to protest after the after the company announced last week that it fired 48 people for sexual harassment since 2016.

The demonstrators gathered at San Francisco's major tourist neighbourhood at the waterfront Embarcadero in the northern part of the city, held placards that read "Don't Be Evil" and "#Times Up Google," and called more greater respect for women and women's right.

On the Mountain View campus at Google's headquarters in northern California, hundreds of employees also staged a walkout to express their discontent about Google's lax handling of sexual harassment at the company and protests came out to share their stories.

The walkouts followed a recent New York Times report alleging that Andy Rubin, creator of the Android mobile operating system and former executive in charge of the Android software department at Google was forced to resign for sexual misconduct with a severance package of $90 million, reports Xinhua.

Rubin was accused of forcing a female subordinate to have sex with him and probed for sexual misconduct at Google.

On October 25, Google admitted it had fired 48 employees for sexual harassment, including 13 who were senior managers and above, in the last two years.

Google CEO Sundar Pichai said none of those individuals who were terminated received an exit package after Google took a tougher line toward its employees accused of sexual harassment or inappropriate conduct.

During Thursday's rally, the Google employees called for an end to sexual harassment and pay inequity at the company.

The protesters said that they've heard stories of sexual exploitation for a long time and wanted to see actions taken along with real changes at their workplace.