The decision to dramatically reduce the fees is unnecessary, stupid and dangerous. While his government speaks of aggressive disinvestment, the human resource development minister is hell-bent on nationalising our finest educational structures. 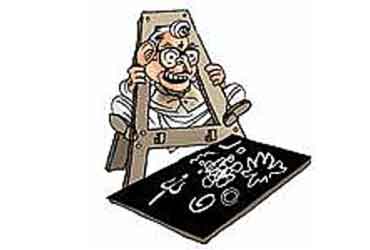 In a few weeks from now, the campaigning will begin for the Lok Sabha elections. And Dr Murli Manohar Joshi will be boasting to vast crowds across the country of how, by slashing the IIMs’ academic fees, he has made the country’s best management education accessible to the less-well-off and the poor. It will be a straight lie.

The decision to dramatically reduce the fees is unnecessary, stupid and dangerous. Unnecessary, because, one, the admission process of the IIMs, one of the toughest and fairest such tests in the world, makes no distinction between rich and poor. You could be the prime minister’s grandson, but you stand as much (or rather, as little) chance of getting in as a poor farmer’s son from Jhoomritelaiya. (I did not give this example for effect. I interview for IIM Calcutta every year, and a few years ago, I was privileged to recommend admission for an engineer whose father and elder brothers still tilled a small plot of land at Jhoomritelaiya.)

I, like every other alumnus of the IITs or IIMs, have personally known dozens of boys and girls from impoverished or rural backgrounds who have got into these premier institutes through sheer merit and transformed their own lives, and the lives of their families and communities. More than creating poster boys for Silicon Valley and Wall Street, this empowerment of thousands of disadvantaged Indians to reach their true potential is the signal achievement of the IITs and IIMs.

Two, no IIM alumnus I know has ever heard of someone getting an admission to an IIM and then not joining because he or she couldn’t afford it. If you do not have the money to pay the fees — and the fees, let’s admit it, are pretty steep (as they should be, more on that later) — you just walk into the nearest bank. An IIM offer letter is 24-carat collateral as far as any bank is concerned.

Since the early Nineties, when the government started cutting its subsidies to the IIMs, hundreds of students have availed of these loans and paid back the loan after they graduated. In fact, you need not take my word for it. Check the government’s latest India Shining ad. "By choosing to study further, I widen my knowledge," it reads. "By taking a loan for my education, I share the burden with my parents. By taking care of their savings, I help them live a richer life... I make my India shine. I am India Shining." The ad also mentions that anyone — for example, Murli Manohar Joshi — wishing to know more about educational loans at lower interest rates can email information@indiashining.com.

The fee-slashing decision is stupid, because, by increasing the government subsidies to the IIMs to reduce the fees, it just ends up wasting some more taxpayers’ money.

In effect, each IIM student every year is now going to get an extra subsidy of Rs 1.2 lakh from your and my pockets. We are going to make the IIM product 80 per cent cheaper. But are you and I going to enjoy the benefits of that product? No. Those are going to be enjoyed by blue-chip corporations across the world who are going to recruit these hotshot MBAs.

Are these would-be-gods, in their gratitude to you, me, Dr Joshi and the nation for making their education inexpensive, going to join the social sector, or manage our transportation or healthcare systems? A few of them will, and they would have done so even if their fees had not been reduced. The vast majority will join the Citigroups and Goldman Sachs of the world, earn salaries that look like telephone numbers, and pay taxes in the country they are posted in. In these times, when finding safe investment options which guarantee you anything more than 7 per cent a year is nearly impossible, Dr Joshi has just created a scheme with a startlingly high return on investment. Most IIM students would be recouping their entire expenses — academic and non-academic — within the first two months of their working lives!

So, instead of spending money where it is needed, in improving our basic school system, the government is actually shelling out our hard-earned tax money to subsidise giant multinational corporations! I am seriously considering joining the Swadeshi Jagran Manch.

And finally, the decision is dangerous, because making the IIMs totally dependent on subsidies could be the first step towards the government taking charge of all aspects of these fine institutes. Ask any alumnus or faculty of the IITs and IIMs, and all of them, invariably, will tell you that the most important reason for these being centres of such excellence is that the Indian government has always let them be. Successive governments have given the IITs and IIMs freedom to chart their own course. Once Dr Joshi and his minions establish complete financial control of the IIMs, surely it’s only a matter of time before they start meddling with appointments and syllabi.

And we know where that road is going to lead to. Dr Joshi has already announced his intent to change the admission process, have a government body conduct the entrance examinations, do away with the interviews and group discussions. This will open up the admission system to political and bureaucratic manipulation, have a serious impact on the quality of the intake, and deny these institutes their fundamental right to choose who they want to admit and teach. And this could just be the beginning.

There are so few institutions we have built post-Independence that are still left unsullied. Indira Gandhi’s cynical politics damaged our public sector and banking system so grievously that they still haven’t recovered. The IITs and IIMs are almost the last few systems we have that are world-class. While his government speaks of aggressive disinvestment, the human resource development minister is hell-bent on nationalising our finest educational structures. And regiment our finest minds. For, education is finally about minds, both teacher and student. And the minds are the final prize that Dr Joshi will be looking to grab and tweak. He must be stopped.

The writer, an IIT-IIM alumnus, is Managing Editor of Outlook. He is also the author of The IITians. This piece was first published by the Hindustan Times.