Goa Forward Party: The 'Kingmakers' Are Surely Moving Forward, The Question Is If They Will Take Goans Along

Of the four seats that they contested, they won three, all of whom are now cabinet ministers in the BJP-led government. 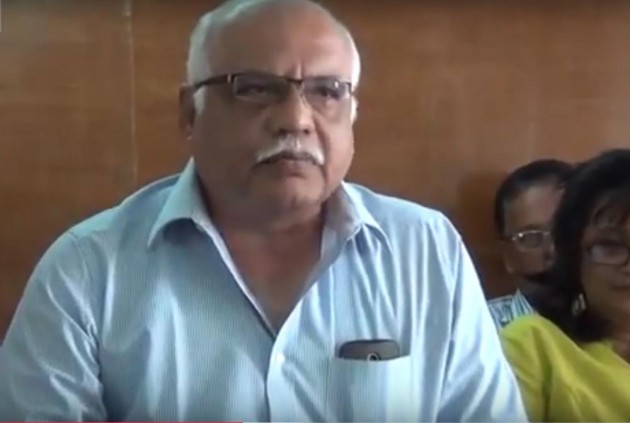 Over the past five days in Goa, it has been convincingly made clear that fate of the two biggies – the BJP (13 seats) and the Congress (17 seats) – was decided by a small but utterly significant party - the Goa Forward Party – the official king-maker, whose post-poll alliance with BJP not only gave them an upper hand but also enabled them to form the government.

Goa Forward Party is just a year-old party (registered on January 23, 2016), which received its symbol as late as October last year. Of the four seats that they contested, they won three, all of whom are now cabinet ministers in the BJP-led government. The party seeks to revive and forward the Goan culture that is threatened by the outside influences. In their manifesto, employment for locals and zero tolerance for drug trade is a priority, apart from making coconut a “tree” again.

The central figure of GFP, Vijay Sardesai, a former Congressman, is as bitter and jilted as one can be about the treatment meted out to him by the “grand old party.” “First of all, people’s expectation that we should have aligned with has no justification – I tried. I went to Delhi to meet the central leadership. Digvijay Singh even announced an alliance with us but they did not want to give us seats even in places where they didn’t have a candidate. They also ditched me in 2012. This is career-threatening backstabbing. They would have finished me once and for all,” Sardesai told Outlook over a phone conversation about how he was keen on a pre-poll alliance with Congress but they simply did not agree. Local reports say that Louizinho Faleiro of the Congress and Sardesai cannot see eye to eye. Sardesai makes no bones about it and criticizes his “chamchagiri culture.”

Sardesai made his mark as an outspoken MLA in the opposition during the last government. He himself says that people liked him because of the way he argued in the sessions. He often vociferously spoke against the BJP. He is not too worried about the dichotomy of going with the same party now. “Now we got a mandate 3 out of 4. We were supposed to take our stand. We have a regionalist line of politics and we need to forward our agenda, spread our carpet in Goa. We want development and stability. Congress could not hold its clock together for 24 hours, they would have put us in President’s rule with IAS officers in Delhi ruling Goa. On the other hand, Parrikar has been made to resign as Defence Minister, which is such an important position. That shows the commitment of the BJP. A small state needs support from the centre. We are maintaining our identity. We are confident that we will be custodians of Goan culture,” he asserts.

“In terms of vote share the Aam Aadmi Party has got 6% and GFP has got 3% but they have got three seats. So with just 3% votes they have managed three cabinet ministers in the government,” says Bhasker Assoldekar, of Association for Democratic Reforms that releases data on candidates with regard to income, education and criminal cases. (Also though Congress has 17 seats, BJP’s vote share is higher.)

“The insecurity of Gujaratis, Marwaris taking over businesses or people from other states buying lands has created this need to assert Goan culture, which people like Sardesai are capitalizing on. Though the Goans are selling their land, they are worried that they will lose their identity,” says a local activist. However, no one, including Sardesai, is specific about what kind of changes they would like to see.

Perhaps as a first token gesture, he has managed to get the BJP announce the “tree” status back for Coconut, which was declared as grass during BJP CM Laxmikant Parsekar’s regime, to enable easy felling of the trees. Calling it a symbolic act for the Goan culture (his party symbol is also a coconut), he promises that as a “mascot” for Goan-ness.

He insists that “we have to forget the past and move forward.” Be that as it may, one look at the Facebook page of the Goa Forward Party and Sardesai should know that it will not be easy. Along with his Party’s senior leader Prabhakar Timble who quit when they made an alliance with the BJP, there are many who look at this move as his way of backstabbing the voters, climbing up for personal growth or exacting revenge from the Congress, which according to Sardesai has “all ex-chief ministers who want to be the next chief ministers.”

Says one post by Joshua D’Souza, “It's clear from this interview (the one posted on the page) that the step that Vijay has taken of forming alliance with BJP is only to take revenge from Congress who he claims back stabbed him and took him for granted. But Vijay, you cannot play with the emotions of Goans and your voters for your personal benefit. If Congress has back stabbed you and you back stabbed Goans, what's the difference between you and Congress? You're an extension of their DNA. Goa forward defeated the candidates of BJP and joined hands with them. This is as good as Goa forward candidates contesting on BJP ticket. Congress is not the B team of BJP but Goa forward is the B team of BJP. I dare Vijay and Goa forward candidates to contest in Goa again and you'll lose worse than AAP in Goa. It's an open challenge.”

Is the GFP geared for it?