In the all-time list of most successful bowlers in Test cricket, Anderson is on the fourth place, behind the spin trio of Muttiah Muralidharan (800), Shane Warne (708) and Anil Kumble (619). 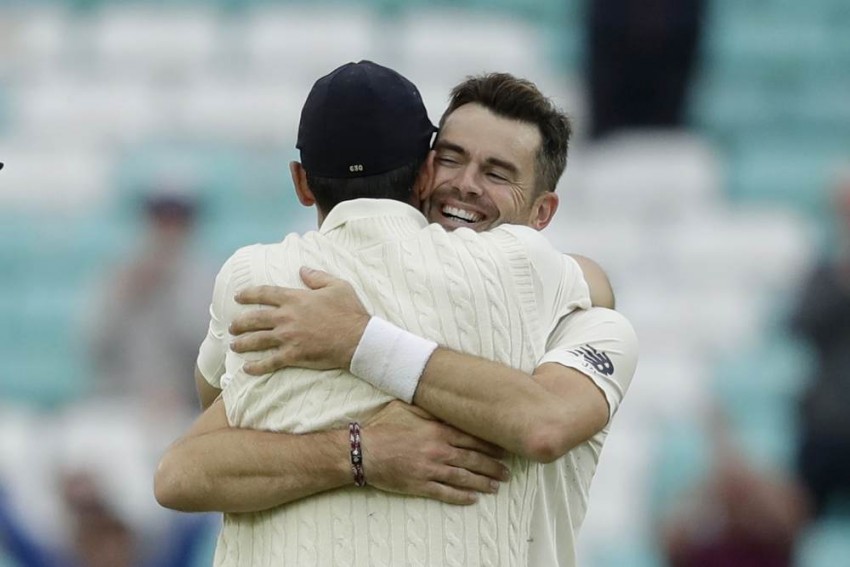 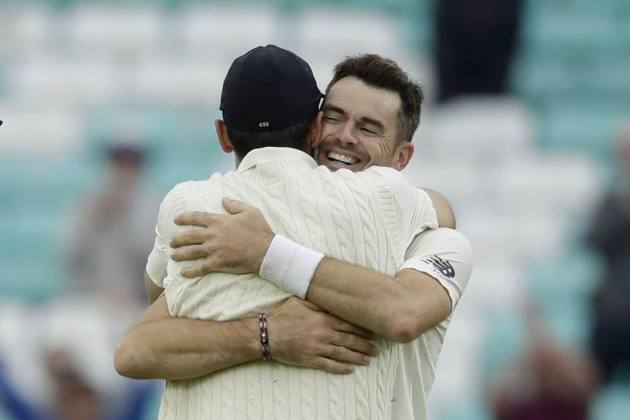 Hours after dethroning Glenn McGrath as the most successful pacer in the history of Test cricket, James Anderson found himself facing a new challenge from none other than the Aussie great.

Anderson cleaned up Mohammed Shami's wickets on the final day of fifth Test against India to claim his 564 victim, and helped England to a 118-run victory. The win at The Oval on Tuesday also helped England claim the Pataudi Trophy with a score line of 4-1.

In the all-time list of most successful bowlers in Test cricket, the 36-year-old is on the fourth place, behind the spin trio of Muttiah Muralidharan (800), Shane Warne (708) and Anil Kumble (619).

The Aussie great, while speaking to BBC Radio, said that "If he [Anderson] can raise the bar to 600 wickets, that's an incredible effort."

"I was proud to hold it for as long as I did - for it to be beaten by somebody like Jimmy Anderson is great.

"I have a lot of respect for Jimmy. He's been an incredible bowler for a long time. To have played well over 140 Tests and just keep running in, day in, day out, and remain at the top of his game, yeah, I'm very proud Jimmy's got there," McGrath added.

Anderson is 55 wickets away from overtaking former India captain Kumble as the third most successful bowler in the history. The Lancashire player is sure past his prime, but at 36, he is one of the smartest bowlers now.

Here's how Anderson has performed over the last five years:

If he manages to avoid serious injury and carries on for a couple of years, then he easily should manage to breach the 600-wicket mark.