The noted historian, who translated Malika Pakhraj's memoirs, remembers the singing sensation of her times whose spirit always remained young, much as the song she is best remembered by. 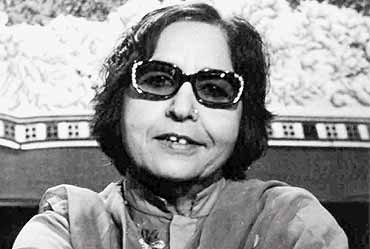 Recently two great singing ladies passed away within days of each other.

First, Suraiya, the retired, reclusive singing star of Bombay films, almost forgotten till death and TV channels had to inform many of her once glamorous presence and voice. Unfortunately, the voice had been a part of an image and stayed hooked to the screen. When the image faded, so did the voice and the person. Suraiya had no family left, lived a lonely life, saw almost nobody and we don’t know what she did with her time. Ironically, she seemed petrified of the public gaze, avoided public appearances and hid herself in a burqa when she stepped out. Reports suggest that she was alone when she died, a very rich lady.

Then, Malika Pukhraj, a generation older, the product not of a lens but of an age where the successful performer looked her audience, and the world, in the eye. Such performers just don’t disappear. They are equipped to impress well beyond their youth.

Suraiya lived in a flat decorated lavishly with larger than life portraits of herself in her prime. Malika did not possess a single picture of herself. When she looked at the cover of her published memoir she is supposed to have asked, "Who is this?" and lost interest the moment she realized it was she herself. She opened the book instead.

Not that the glamour of films had not excited her. Her doting husband willingly let her do what her mother would never hear of – act in films. She came to Bombay, moved into a posh sea-facing apartment, bought a Vauxhall and caught up with her many friends – well known musicians, poets, actors – who met frequently. However she got bored when she discovered that the costume jewellery that looked so wonderful on screen was awful close up; that studios were boring and uncomfortable; that her fellow actors were dull, insecure, and unfriendly; the shooting was tedious and the glamour fake. She spoke to her husband almost everyday, missed Lahore, and soon feigned illness and fled back.

Her only regret on leaving Bombay was that she had to abandon the Kathak lessons she had begun taking from the legend, Lachchu Maharaj, who was also on the pay roll of the same studio. She was thrilled to be able to dance again and very pleased when her guru praised her highly.

She never severed her links to Bombay. In 1948, living in Pakistan, she produced the successful Kajal - starring who else but Suraiya. She later came to own a studio in Lahore but never made another film.

Suraiya retired after doing her last film in 1963, a famous lady. She died forty years later leaving substantial wealth, no heirs and no will. Vultures have begun hovering, reducing her life to carrion. Malika too was successful, famous and probably made more money than Suraiya. Unlike Suraiya, she had many heirs and had to live the indignity of dealing with the scavenging of her wealth while she was still alive and in possession of it. She talks about this bitterly in her book and made no attempt to hide the hurt when she spoke of it.

She lived a few days longer than Suraiya but again, unlike her, she had never stopped living till ill-health reduced her mobility and finally confined her to bed. When, for what ever reasons, performing dropped in her list of priorities, she did massive canvas embroideries, made soft toys and regularly hauled her grand daughter to art and karate classes that she had enrolled her in and which she would monitor carefully, sometimes by grilling the tutors. She would drop in to see old friends like the late Nur Jahan among others. And she spent hours writing a remarkable book, in a shaky hand.

She had been cruelly cheated of her dream of creating and living in a rural fantasyland next to Lahore. From growing everything she needed, including fodder for her cattle, she had settled down to tending a much smaller garden. Pheasants and peacocks no longer roosted in her trees or on the roof of her house. Instead she kept a pet parakeet and tried to teach it how to sing. Nor did she stop from exclaiming at what a good breed a goat in the street was.

And what is most important, she lived long enough to remind the world of her presence with the eventual publication of her memoirs, even if only in translation.

This work had been her obsession for most of the last two decades of her life. She resisted tremendous opposition from her family who wanted her to abandon the work. That her last years coincided with the publication of the work was her ultimate victory, a confirmation of her spirit. She was not embarrassed at what she was, what she had achieved, how she had lived her life and of speaking her mind. It will be some years before the importance of her work as social history is fully established. That will eventually decide her place in history, and perhaps it will be higher than those of her contemporaries who were considered more accomplished artistes. An idealistic young man teaching in a school in Leh wrote to me about the successful experiment he had made when he made his class read parts of the book and how the children in Ladakh not only related easily to what they read but also enjoyed it.

Music critics have their own opinion of her, of her place in history. Purists dismiss Malika. They even disdain the thought of including her in the same category as singers such as, say, Begum Akhtar, Siddheshwari Devi or Rasoolan Bai. A sharp-witted musicologist tried to convince me not to waste my time on her with a very funny analogy and a cruel take-off on her singing. A senior Urdu speaking connoisseur told me that when they first heard her recorded songs in Lucknow, a wit had commented that she typed rather than sang the words of a ghazal. This soon became a frequently repeated opinion. This doesn’t conflict with Malika’s own boast about her Urdu diction – that arguments about how an Urdu word was pronounced were settled by hearing her sing the word.

The grit and determination with which she found the time and summoned the energy to work on the final stages of the book were my first impressions of her as a real person. It should not have surprised me because her book was all about a determined woman. I had known her music since I was fourteen or fifteen. A slightly more tangible connection with her came when I held the condolence letter she had written to Begum Akhtar’s husband in 1974.

In 1981 I first set eyes on her in a concert in Vigyan Bhawan. As the first notes of the ghazal, Zahid na keh buri reached my ears, I got goose-pimples. 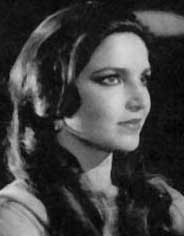 It was an unusual concert because she did not perform alone. Her daughter Tahira Syed shared the marquee and stage disproportionately. The concert was interestingly planned. Malika sang first, followed by a duet with her daughter and then she would leave the stage to let her daughter sing solo. Malika would return and the cycle would begin again. Tahira Syed never left the stage and by the end of the concert, it was clear that the star of the evening wasn’t entirely sober.

Ironically, when Aaj Tak broke the story of her death, the first picture they flashed in the story, which they continued to repeat, was of Tahira Syed, and not Malika Pukhraj. This was most unfortunate and inappropriate. The pair was a contrast in persona and as singers. Malika Pukhraj with her unfashionably cut short hair, large dark glasses and her powerful voice and rendition was a reminder of great times gone by. Tahira Syed, striking-looking, dressed and made up like a star in a soap opera, crooned -- a sign of things to come.

But I digress. Let me return to first impressions. Her tenacity was remarkable because she had recently returned from hospital and would tire easily. Doctors had ordered her not to smoke and for someone who had been smoking since she was a child, it must have been very hard. It is clear that she saw this as her last chance and therefore put everything into saving the book. She had worked at the book for long, editing and re-editing parts of it several times. Yet, her family was determined that the book should not be published and among the means they used, one was to continuously tell her that the book was no good.

Even though she was convinced that she had written a good book, she continued to be afraid that her family might still succeed in stopping the publication of her work. I can only imagine the pressure she was under. My host often received anonymous calls, some in a female voice, warning that the Indian who was there should be asked to desist from what he was doing. Some times the voice sounded ominous. We met at the house of a common friend and I was asked never to call her at home. Our appointments were arranged through her only ally in the family, her granddaughter and adopted daughter Farazeh Syed. For Farazeh, it was a mission of love and duty to see that her mother/grand mother’s deep wish was fulfilled.

Her manuscript was in nine exercise books but I never saw them all together. She would check and reconfirm which part we would be working on in our next meeting and bring only the relevant copy. She never even let that out of her sight even though I had a (not very clear but workable) photocopy of the entire book and there were other copies around. I am sure one of the first things she did when she reached home was to lock it and watch over the keys carefully. 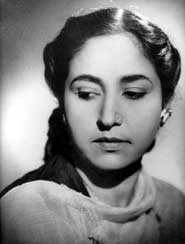 Her fears for the book were legitimate and she was convinced it would be safe in India. She was certain, she told me, that ‘they’ would never let the book be published in Pakistan. The jingoistic nationalism that was drummed to deter her had no impact on her. And I don’t think she minded being translated by an Indian. She looked forward to being published and read in India and wanted to be here when the book was released. By the time that happened, she was very weak and the strain was not advisable. In any case, there were no flights between the two countries.